Seeing Through a Lens… Through Another Lens 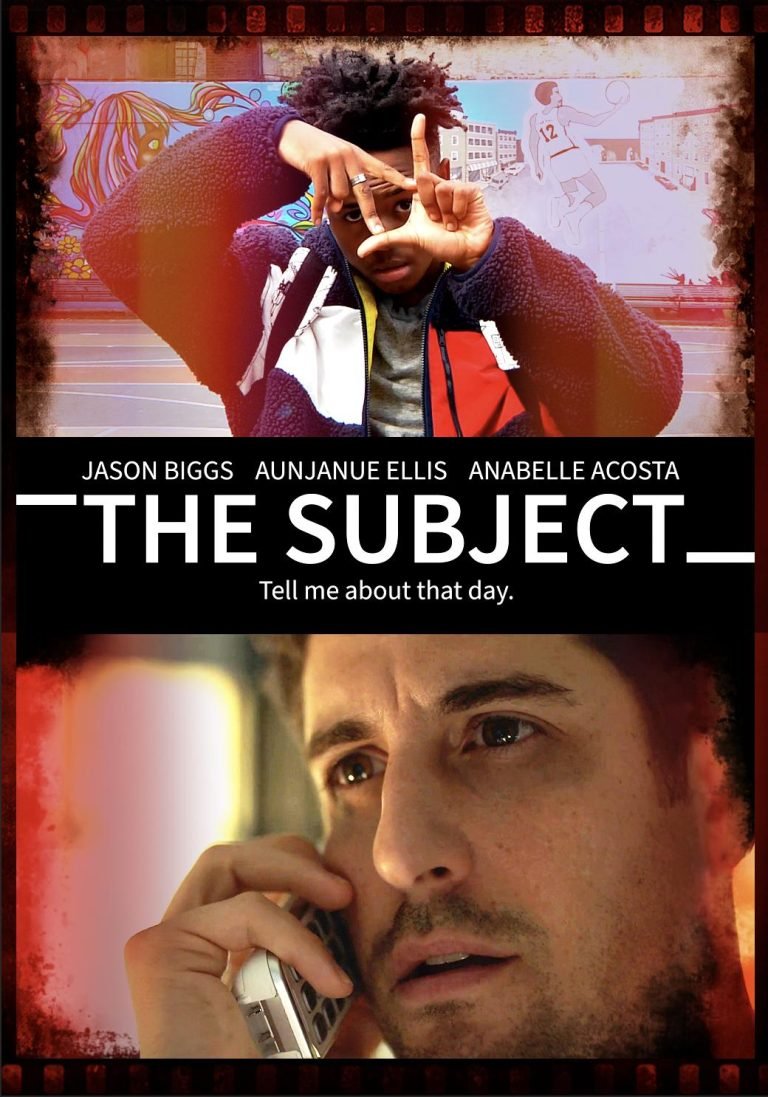 It is a film that was written in 2010 but reads as though it was written months ago with how prescient the subject matter is. It has been cleaning up at the Indie film festivals with awards for the film, the directing, and the lead actor. It is uncomfortable. It is a thriller. It is “The Subject.”

The film stars Jason Biggs (American Pie, Saving Silverman) as Phil Waterhouse, a documentarian who is haunted by a murder that was captured on camera during one of his films. The film opens with Phil receiving mysterious calls with nobody on the other end. He and his girlfriend, Jess (Anabelle Acosta – Ballers, Quantico), catch themselves being filmed. There appears to be a stalker on their hands.

Lanie Zipoy makes her feature directorial debut with this film, written by playwright Chisa Hutchinson, also making her feature debut in the role. Stars Biggs and Acosta also serve as Executive Producers on the film.

The Subject takes on two very different stories at the same time. First, the socially uncomfortable subject of young African-Americans living hard lives in Harlem through the lens of a white man and the other side being the thriller of watching Waterhouse’s life through the lens of a mysterious person.

The transition of the film from the personal drama to a dark, tense thriller flows much like acts in a play, which is fitting given the screenwriter’s pedigree. The movie’s turn becomes an intense one on one conversation between Biggs and his antagonist that has a number of psychological twists, and this is where the performances really shine.

The antagonist (whose identity I won’t reveal so as not to spoil anything) puts in a phenomenal performance as someone whose motivations for doing what they are doing is, at least in part, sympathetic. The performances of this person and Jason Biggs, a lot of which in tight close ups, really capture the emotions hanging on them for a large portion of the movie.

“The Subject takes on two very different stories at the same time. “

The Director’s decision to isolate the characters in a lot of one-shots was an interesting one because, while the movie plays out like a play, Zipoy rarely lets you see any scene as one big picture. She is focusing you in where she needs you to be, connecting directly with the character and focusing on their experience within the film.

The music, from Composer Doug Wamble, was a beautiful layer to the film, flowing effortlessly through the movie and crescendoing in rhythm with the more intense moments of the movie. There is no distinguishing when one theme ends, and another begins. It honestly hadn’t even occurred to me until I was listening to the music during the credits.

While I was reluctant to talk about any of the listed supporting cast in the film to protect the outcome of the story, I can say that they as an ensemble put in some strong performances. It’s a small cast in all, with most of them only having a short time on screen, but they make the most of it.

I would be remiss if I didn’t at least pay homage to the ensemble in the film (even if I won’t talk too much about their characters). Nile Bullock and Caleb Eberhardt as Malcolm and Kwame respectively, subjects of Phil Waterhouse’s documentaries. Carra Patterson plays Marley and Aunjanue Ellis plays Leslie. All of whose performances are worth the price of a ticket.

The cast, composed primarily of people of colour, was refreshing to see and the Female Writer/Director combo (which is all too rare) lends such an intriguing perspective to the characters in the film, particularly the Phil vs. Stalker conversations. What I would expect to see of this movie from a male perspective could have taken an unfortunate turn.

Many of the story beats between Phil and Jess, however, were fairly predictable for the type of film. I had most of it pegged fairly early into their story together. I would also say that Jason Biggs, while I indeed enjoyed his more subdued performance in the beginning of the film, it wasn’t until the second act where he really brought out the performance that won him several film festival awards.

The near two hour run time felt a bit long for the tone of the movie in this reviewer’s opinion. The dialogue helps speed the movie along (again, especially in the second hour of the film), but getting the film down to a solid hour and forty minutes would have done the film a strong service.

The Subject is an Indie film with the feel of a two act play, playing perfectly into the typical Indie format of a small cast and limited locations. The film being written and directed by first timers (for feature length movies) and starring someone who is not usually a dramatic actor could have created a real challenge for the movie, but I am happy to say that it was easily overcome.
REVIEW SCORE
8
File Under: