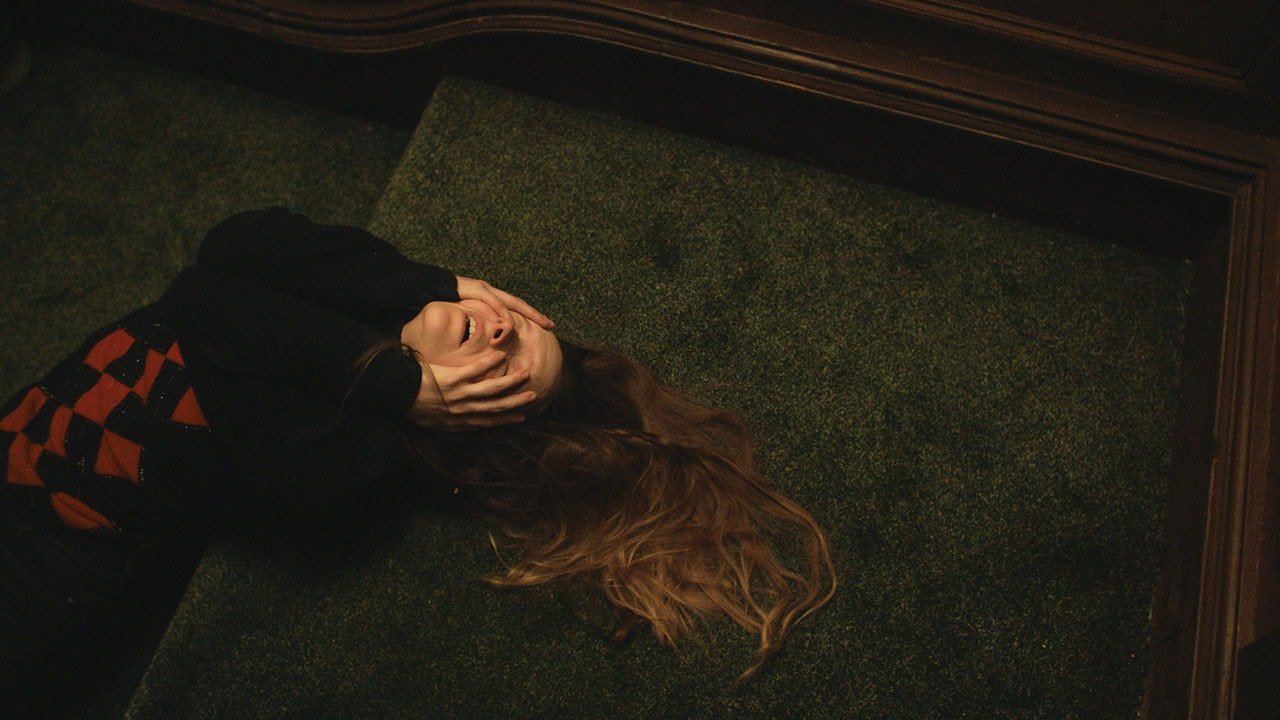 Walking into Saint Maud, the debut film from writer-director Rose Glass, I did not know what to expect. Suffering, obsession and religion is a powerful starting point, but how they are woven into this dark, unique, and highly enjoyable tale will stick with you. Far deeper than it first lets on, Saint Maud is a movie that is a brilliant addition to the horror pantheon, and one that shows the true cost of willful suffering.

Saint Maud follows devout hospice nurse Maud (Morfydd Clark) and her relationship with her new patient Amanda (Jennifer Ehle), a choreographer and dancer now suffering from the ravaging effects of cancer in the spine. Maud is new to this type of care, having recently moved from the public sector after an ill-defined tragedy. As personalities clash and the thin line between reality and fantasy starts to blur, Maud is sent down a path that will lead her to places she did not intend.

Saint Maud defies understanding over much of its brief 83-minute runtime. It gives brief hints as to where things could be heading, yet it is not until the final scene the audience truly understands the reality of what was going on. From scenes of black comedy to brutal imagery of self-flagellation, the only thing that is clear throughout is that Maud is a troubled individual.

Glass is not afraid to channel other narrative works for shock and effect, with scenes that evoke past horror films like The Exorcist setting the tone and expectations. The battle of wills between the devout Maud and the nihilistic Amanda juggles the concept of evil and righteousness, with each slotting into either role depending on the perspective. Saint Maud never makes it easy to understand who is really pulling the strings in the proceedings, making each new piece of information a potential trick, or a reality masked by madness.

Saint Maud is a stunningly shot film, one that uses the atmosphere of a bleak seaside town to great effect. Glass captures the suffering Maud is going though in striking detail, giving the audience a true sense of the trauma she is facing. Many scenes are filmed from tight angles. Glass manages to evoke plenty of emotion through these shots and are assisted by the scene construction. From the distance Amanda tries to set between her and loved ones, to the brutal loneliness of public spaces, Saint Maud masterfully conveys so much with so little.

Even the dialogue is kept to a minimum within Saint Maud, as Glass opts for a voice-over diary throughout the proceedings. This works well to convey the intimate nature of this movie, as this very much is an exploration of a woman wracked by guilt, shame and confusion of her own condition. A second viewing is necessary to get all the nuances that lie just below the surface.

While it may not make it obvious for much of the runtime, Saint Maud is without question a horror film. While it is never clear how the horror plays out within the world of the film, it gives just enough to keep the audience guessing and pushing them to demand more. The violence follows a similar path. While most verge on self-flagellation due to Maud finding an oddly devout connection to the pain and her faith, Glass gives just enough imagery to shock and engage even the most die-hard horror fans. One particular scene of tacks in feet was done in a real, and all too visceral way, causing myself and many members of the TIFF screening to wince in sympathetic pain.

Saint Maud is a fantastic film, one that draws the audience in and keeps them in its embrace till the final seconds. Glass uses every scene to pull out a little bit more from its characters, making some throwaway actions come back in a dark, often brutal ways. While it may be hard to find until it finds a wider release if you can track down a screening, do yourself a favour and see Saint Maud.

Director Rose Glass’ Saint Maud is a film that wraps you in a brilliant cold embrace of sadness, trauma and shame. 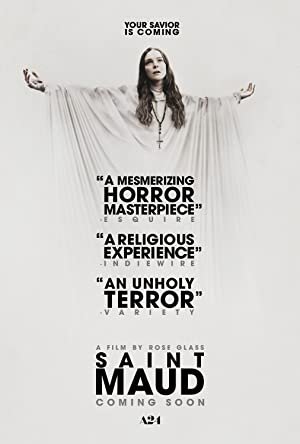