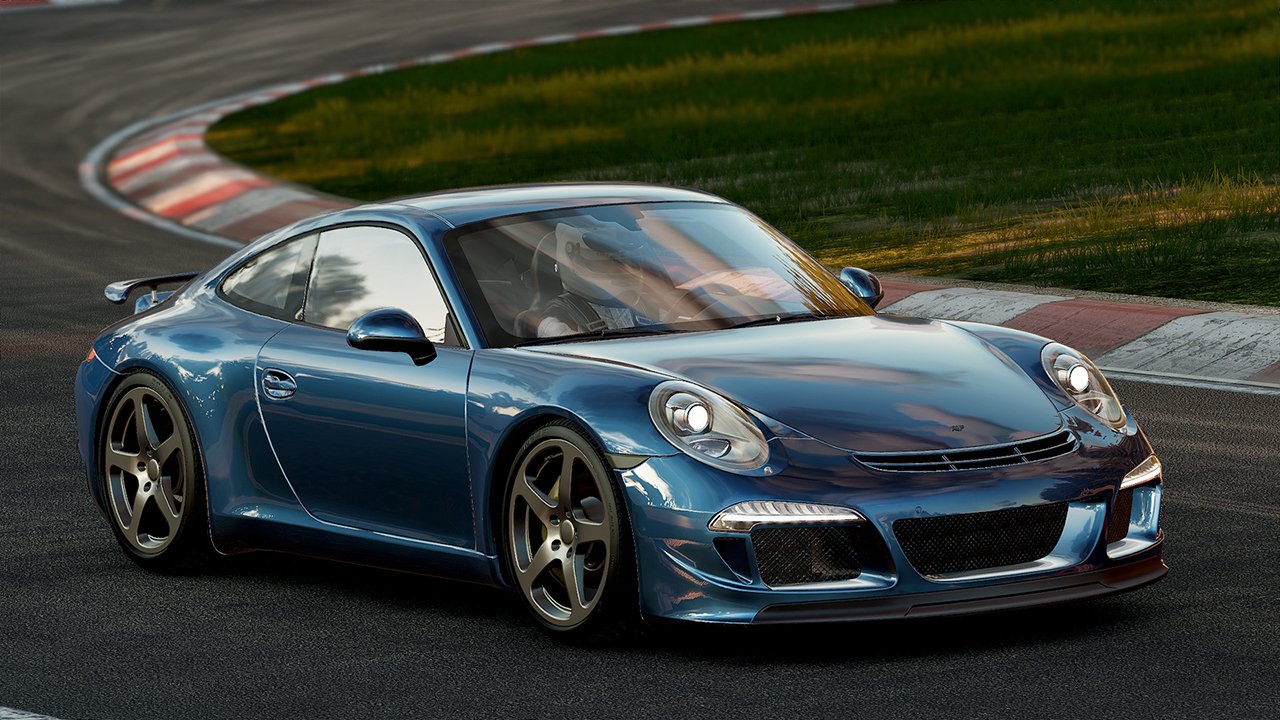 Firing up Project CARS for the first time, I was immediately overwhelmed with a sense that this was something different. This is a game that I had been eagerly anticipating since I first saw its impressive alpha screenshots a couple years back. I was impressed with the impossibly realistic visuals, and felt that no game could live up to the hype it was starting to generate for itself. I subsequently went to such lengths to keep from getting my hopes up that I completely lost sight of the game until launch day was upon us.
It was quickly becoming a refreshing feeling to see all the ways in which Project CARS was shifting away from the paradigms of old. There’s no currency to be had in the game. No gating of content. Everything to be experienced is at your fingertips from the first time you fire up the game. There’s no need to designate research directions in the middle of your career seasons, nothing at all to distract you from the absolute bliss of driving one of the more than sixty-five meticulously detailed cars on one of the more than seventy equally meticulously crafted tracks. There’s an absolute obsession with immersion that’s evident in Project CARS. The inclusion of a camera view from within the driver’s helmet, vignetting the blur of beautifully rendered scenery with the padded interior of a crash helmet is a brilliant design decision, and having settings to control the effects of G-forces on your vision, or movement of your head is wondrous. The sheer lunacy of the attention to detail in Project CARS leaves me without words to describe it, right down to the fact that left and right sides of suspension can be tuned independent of each other, or that off the racing line, you’ll find built-up rubber debris, just waiting to punt you off. Not to mention the weather, which ranges from clear and vibrant, to overcast, foggy, and rain all the way up to thunderstorms, each bringing their own perilous challenges on the track, as well as adding stunning accents to an already breathtakingly beautiful game. Oh, and did I mention real-time time, light and weather progression options? Yeah, that’s a thing.

Everything within Project CARS feels like it’s there to allow you to play your game your way. From the inclusion or exclusion of weather in any degree you see fit, races of custom lengths, with and without practice, qualifying, and warm-up sessions, fully customizable racing assists down to the amount of slip allowed before a traction control system kicks in, variable AI difficulty, damage levels, it’s all there. Many racing games gate content in an attempt to artificially inflate the amount of perceived value they bring, but Slightly Mad have opted to offer the game up as more of a sandbox for you to explore at your choosing. It’s a bold design decision, and it shows just how much confidence they have in their game.
Project CARS is not without fault, but so far, the ones I’ve found are minor oversights that could easily be fixed with post-launch patching. The few instances it stumbles with first-time oversights are far outweighed by everything it does right, which is even more impressive when compared to many of the long-established IPs it’s competing against. It also runs beautifully well for the visuals it boasts. I dare say that it makes much of its “next gen” counterparts look a bit dated. It doesn’t get bogged down with trying to force players to play through race classes they’re not interested in, or offer every model and year of car for players to obsess over collecting. Instead, Slightly Mad have hand-selected a cross section of the best cars and tracks from multiple different eras and disciplines of motorsport racing and offered them up in a ruthlessly challenging, incredibly rewarding, and overwhelmingly beautiful and immersive simulator. With its inclusion of full support for a racing wheel and pedals, as well as fancy VR headsets, not only does Project CARS prove that the day of the hard core racing simulator is not passed, but it also highlights many of the antiquated systems in traditional racing games that we accept for lack of any new innovations. Put bluntly, Project CARS is a pivotal moment in racing simulator history.

Project CARS is not without fault, but so far, the ones I’ve found are minor oversights that could easily be fixed with post-launch patching.