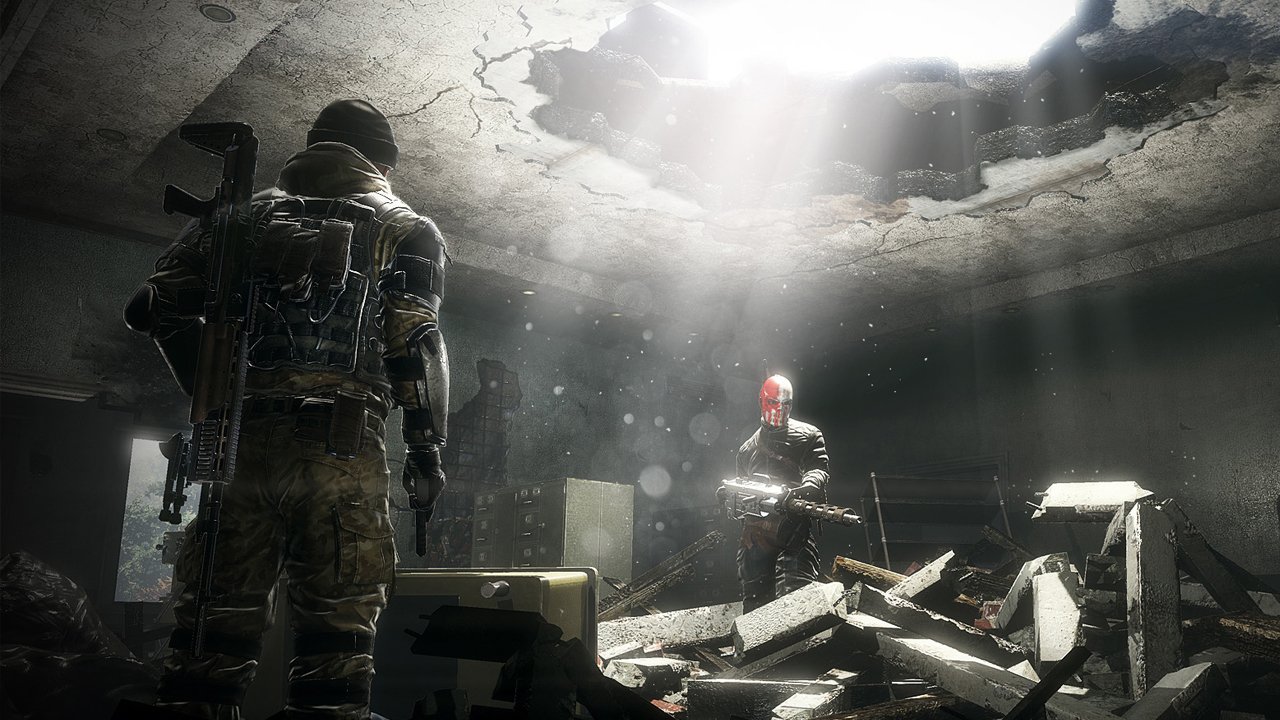 Let me be perfectly clear that I would not have played Shattered Skies for as long as it took to review it if I weren’t being paid for it. It commits a crime much worse than simply being a bad game; it’s dull. It’s also uninteresting, static, and barren. A world with no concept of object permanence—like it ceases to exist when I’m not actively engaging with it. Bad games can have character; they can be memorable and even enjoyable for the very reasons that render them terrible. Being uninspired and forgettable, though, that’s as bad as it gets in my books.

From a technical standpoint, Shattered Skies appears serviceable enough, and it does—rather unusually for games in the genre—run rather smoothly. But all of its assets feel like either a placeholder or an afterthought. A smattering of landmarks consisting of a few houses, a general store, and in the case of the larger city in the centre of the map, an office building and apartments are really all there are to entertain. Between them exists vast, open spaces of nothing but hills, shrubbery, trees, and the occasional cluster of broken down cars to loot. It all feels like it’s been orchestrated to present an illusion of scale but without enemies to occupy them or meaningful terrain features to inspire tactical engagements. These sprawling bits of nothingness simply sit there as little more than a gating mechanism for the amount of time it takes to travel from one loot hub to the next.

There are only so many times one can walk past the same shrub while spending minutes running from one lootable area to the next before stopping to ask “what’s the point”. Once that illusion is shattered and the veil is lifted the player begins doubting the experience. With enemy spawns so infrequent and formulaic (shoot at face until dead, don’t let it fireball because it has no valid path to you) and the gunplay beyond disappointing in its desperate lack of feel in its animations or sounds, there’s little to encourage a player from hopping on an empty server and farming up loot alone. Player engagements are rarely on an even keel, thanks to the hard-gating of loot by level, and the obvious emphasis that puts on roving groups of griefers as a result. The added lack of NPCs leaves the whole experience feeling more like a prototype or a featureless alpha than a full-launch title that’s asking between $28 and $89CAD, depending on how much XP and cosmetic junk you want from the start. Oh, and it’s entirely possible, if buying one of those fat bundles, to be granted so much XP when you start that you’re immediately bumped past the level 15 threshold that pushes you out of the newbie servers into the “bite the pillow” post-learner servers. I couldn’t even imagine my first experience with the game being on those servers when, by the developers’ own admission, PvP (read:griefing) is the focus of Shattered Skies. 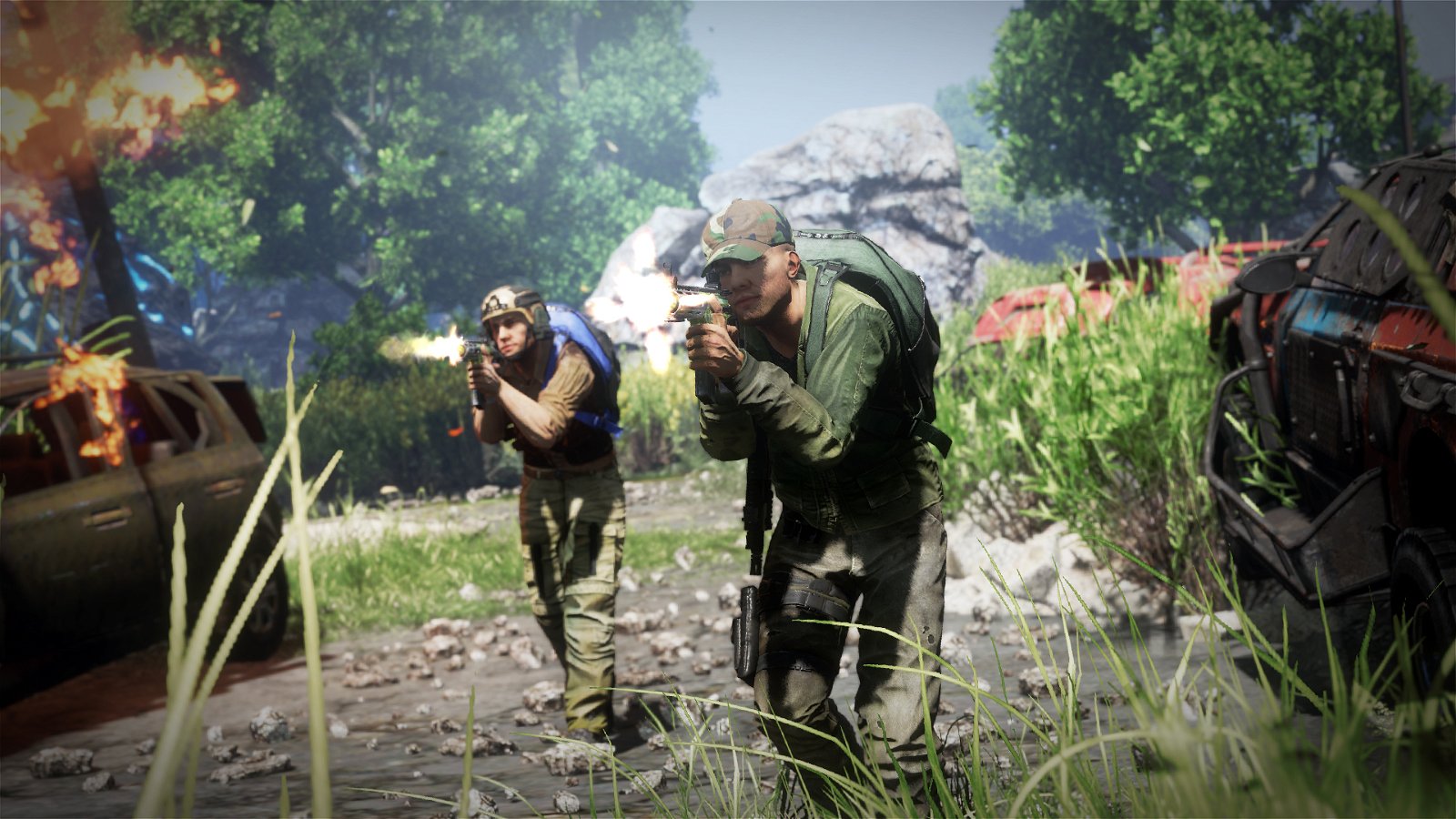 To be fair, Shattered Skies is not without its innovations—and clever ones at that—but they fail to be implemented in any meaningful way when stacked up against the rest of the game’s shortcomings. I do quite enjoy that loot bags from events and supply drops aren’t lost on death, with their contents remaining safe and secure until opened. I do like that being flagged as a PvP aggressor leaves you vulnerable to attack even in the game’s safe Dominion hubs. I like that there are quality tiers to add some variety to the extremely limited pool of weapons. I like that Legendary quality loot isn’t lost on death, but has a finite durability that cannot be repaired; it removes the fear of using them, without leaving them a be-all end-all. Unfortunately, many of these strong points are implemented in a ham-fisted manner with little thought to their effect on the core loop or longevity of the experience. Paired with the time-gating of the game’s events, it makes for a very forgettable experience.

Here’s what really gets me about Shattered Skies, though. It’s the latest in a long list of rubber-stamped open-world survival games, each based heavily on their predecessor. Yet astonishingly, each seems to be both less expansive AND less focused than the title on which it was based. You see, Shattered Skies, is another bite at the apple from the team responsible for the frankly abysmal Romero’s Aftermath. Romero’s Aftermath was, in itself, the latest genre game to be bailed on by the team responsible for Infestation World. Infestation World was the free-to-play version of the abandoned premium title Infestation: Survivor Stories. Infestation: Survivor Stories was the re-brand of the game that everyone loved to hate, War Z. And finally, War Z was the bastardized open-world cash-cow of a zombie survival game that was developed by the team responsible for a little-known (and terrible) military shooter called War Inc—which is where Shattered Skies can trace all of its wonderful (read: terrible) issues with audio thanks to it sharing the same developers and game engine.

I actually bought War Z back in alpha (it came to market in the wake of Day Z’s popularity; shush). Not the cheap version, either. I swung for the fence with the $70 package. What blows my mind is that Shattered Skies reeks of the same half-assedness and I didn’t even know of the connection until well into this review. The funny thing is that War Z (or Flashlight Deathmatch Simulator 2012 as it was affectionately called) felt like a more engaging experience, despite its wealth of bugs, hackers, and downright terribleness. Even still, as I’ve just downloaded its latest iteration, Infestation World to ensure my memory hadn’t betrayed me, it at least has character in its awfulness. And for all its lack of direction, at least the terrible zombies, even with their appalling AI, feel at least somewhat threatening and bring a touch of (un)life to the countryside. 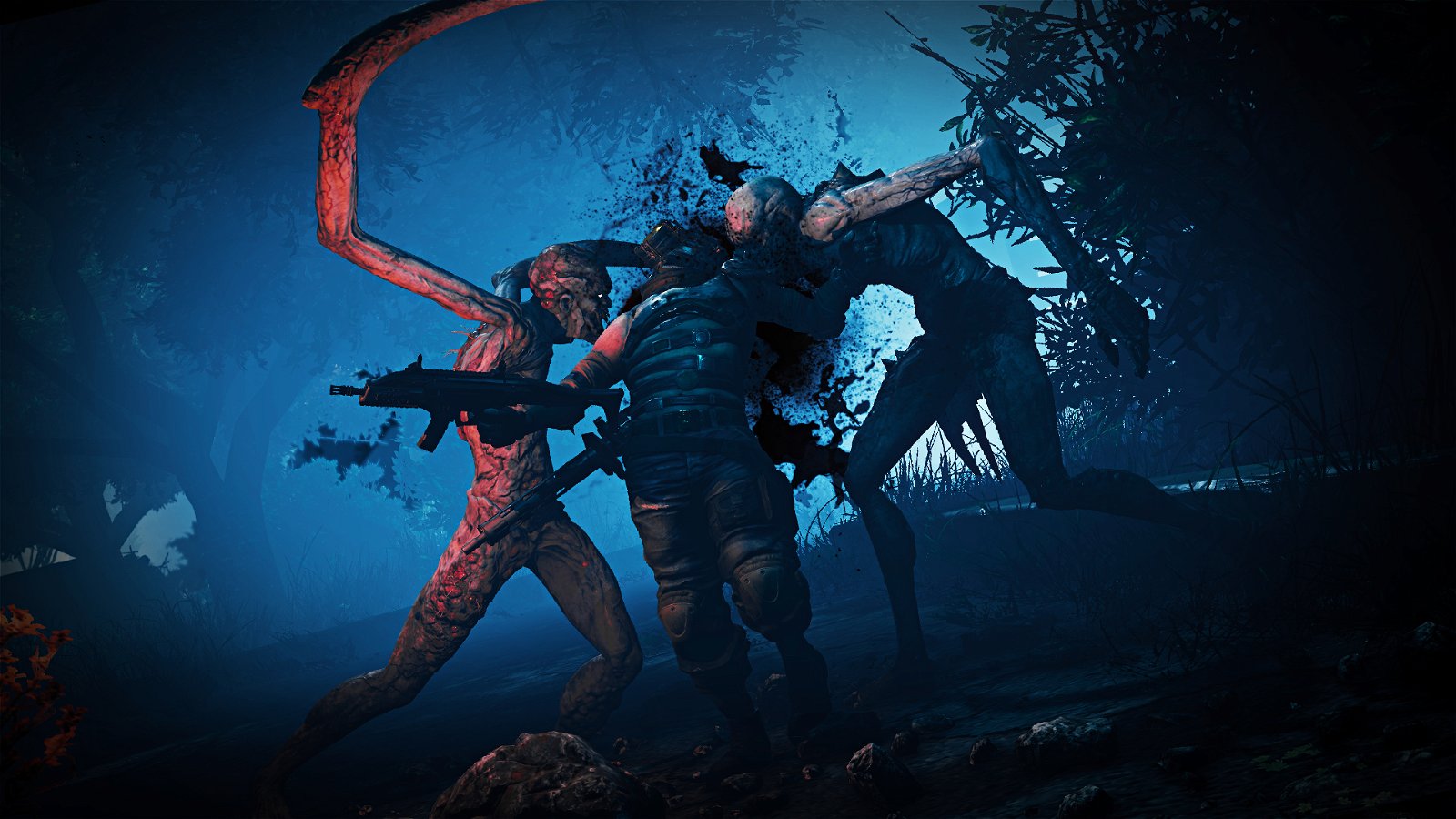 To be clear, I’m not advocating anyone actually play Infestation World any more than I’m advocating they play Shattered Skies. But it speaks a lot about the experience to be had when I can honestly say that the free game based on a half-decade old game that’s universally regarded as a scam by the same studio offers a more memorable experience.