Why have average when you can have extraordinary?
SCORE: 9/10 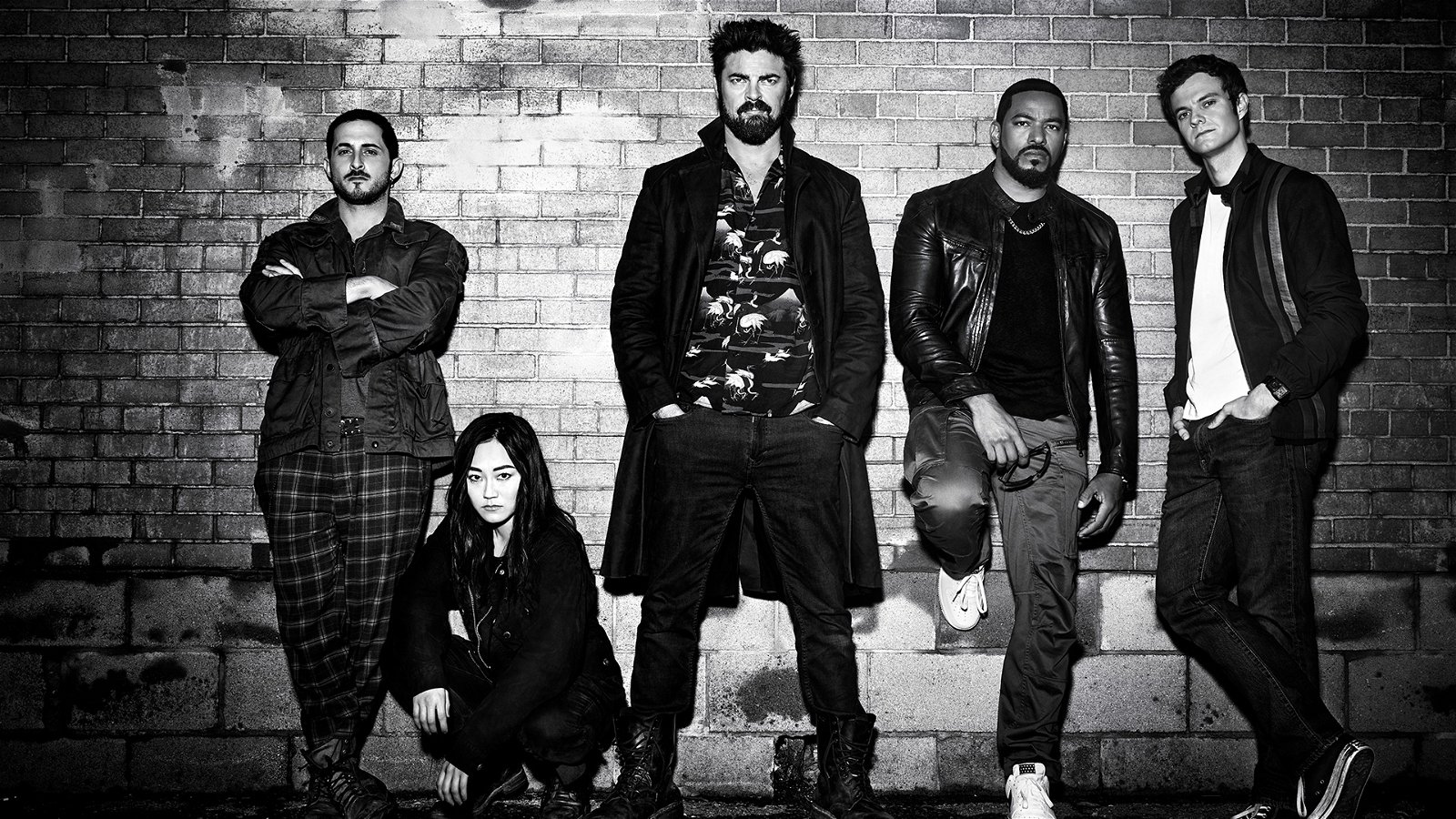 By now, you’ve all blown through season one of Amazon’s cynical superhero series, The Boys, and you’re itching to know if you should plunge into season two. The first three episodes are live on Prime Video (you can catch my review here and if you’re wondering what’s next, it’s, if I may, fucking diabolical.

The Boys has never looked through it’s fingers at the horrors of real life, it stares directly at them and puts them on blast. Promising to tackle “up to the minute” matters and take on white nationalism and white supremacy, showrunner Eric Kripke did not pull any punches in the show’s sophomore season.

It’s easy to feel exhausted by the constant onslaught of cynical superhero media, but The Boys isn’t another installment of gritty, dimly lit dramatic stories drenched in rain and moonlight, it’s the antidote by way of bright colours and creepy smiles. Looking directly at our own universe, the show ruthlessly dumps all over internet culture and the spike of government corruption and obsession with weapons for protection. Supes are a stand in for the military, for law enforcement, and sometimes for guns, shown creating military propaganda, caught on camera using their power against minorities, and in ads promoting supes in schools to protect children from literal manufactured hazards. Phrases like “god fearing American values,” are thrown around with intention, not positing but mirroring a world where these sentiments have outlasted the world wars. Hunters took on hunting Nazis that rolled comfortably into the 1970’s, The Boys season 2 is taking them on when they roll into present day.

“You can’t win the whole country anymore,” is the sentiment woven through Stormfront’s attack on the status quo. Her internet savvy goes deeper, learning to meme herself and her colleagues as a means of seizing power and appealing to the masses. It’s just one part of the blistering commentary on how the internet has changed our approach to political activism as the show also dives into cell phone footage of supes ‘behaving badly’ and the PR scrubs that come of it.

Aside from the show shining its light much more brightly on our culture, they’ve done better work than the first season in filling in backstory and humanizing the main characters. Starlight, Butcher and Hughie took most of the season one backstory spotlight which was ultimately chucked into a word chipper and shredded like some goons in Fargo by the season finale. This season digs deeper into Butcher’s sensibilities and weaknesses when he’s challenged by his wife being attached to her son, a supe. It asks us to consider if he has a bias, and if his hatred towards supes is an allegory for the racism the show puts on display, or more an allegory for sentiments towards law enforcement since supes aren’t born, they’re made.

More time is spent with Mother’s Milk, morphing him from the cookie cutter girlfriend obsessed suave guy into a fully formed character and Black man. That is to say, he fills in blanks about how he came to join the Boys and his father’s experience as a lawyer who took on Vought and the company’s unwillingness to let a “Black man step on their necks.” He faces head on stories of fatal traffic stops. He dons a black fist logo on his t-shirt in a final standoff. Though I can’t speak to this from a knowing perspective, I found value in the character’s race coming into play in a show that takes on white supremacy without the show forcing him to be an avatar or a lightning rod for all anti-Blackness as a result of his race.

Mother’s Milk also finds some warmth in his relationship with Starlight and the interactions amongst the team and Starlight grow stronger. Hughie and Starlight’s relationship blossoms but it’s nothing beyond a plain old star-crossed lovers story that works well enough. Kumiko and Frenchie, after a season’s worth of uncomfortable sexual tension, blossoms into a bit more uncomfortable sexual tension but with more payoff when, again, her backstory is explored in greater detail.

Beyond the backstories or our anti-heroes (note the trope, but literally; they hate the superheroes) are explored in more depth from the inception of their little gang and how the work they did with the CIA created their bond, their duty and their guilt.

Further, the show finally provides some information on the creation of the all powerful Vought. It stands in for a Disney like corporation, with theme parks, restaurants, and films shot alongside the American military and holds nothing back in its ruthless portrait of the company’s founder. While the Boys get more backstory, The Seven get more facets for Vought to repackage and sell for a dollar reminding us every step of the way that their inclusivity is for a profit, a theme carried over from the “Citizen Starlight” storyline and the new members presented to Homelander.

Catching up with some characters who we thought might have faded away, The Deep’s arc is an exercise in delicately handling the irredeemable. Episodic television is often guilty of redeeming the worst of the worst when we just can’t let go of well-liked characters played by stellar actors, so it was worrying that Deep’s character had more in the tank. The show continues to explore him as a loser who hurts women as a way of circumventing rejection, but it doesn’t let him off the hook for that behaviour. Instead, he’s given a story that highlights what a vulnerable turd he is and, if anything, forces the audience to face the bullshit redemption arc given to sexual abusers in real life. I’d never expected a bloody superhero dark dramedy to tackle these themes this well, but here we are.

The boldest move this second set of season two episodes makes is dropping new characters in the back half. The pacing is truly a blessing, knowing the season would trickle out this way, allowing the first few episodes to lay enough groundwork while creating a space for the remaining episodes to stay surprising. It digs into the Stranger Things of it all when visiting characters who were but a whisper in season one and dropping them on the main cast with a few episodes left.

All the performances are stellar but Antony Starr as Homelander is otherworldly. His physicality and subtle facial expressions as a sad and lonely psychotic man child with more power than he can handle is so incredibly flawless that he is scary, funny, a champion and a loser in every closeup.

Though the first season is what made The Boys a staple property for Amazon’s original programming, the second season throws it into the realm of excellent f***ing television. It ups the ante and substantially all of my notes have the phrase “absolutely on point and f***ing ruthless” scratched into them with a dried out pen. If you enjoyed the first season, you’re gonna love this, and if you were unsure if you should get into the series, this season would absolutely make such an exercise worth your time. “Why have average when you can have extraordinary?”

The sophomore season of Prime’s cynical superhero black dramedy ups every single ante, digs deeper into themes it previously just danced with and is grounded by the stellar performances of its leading cast. It’s ruthless, blistering, scathing, and all the other adjectives for just that.