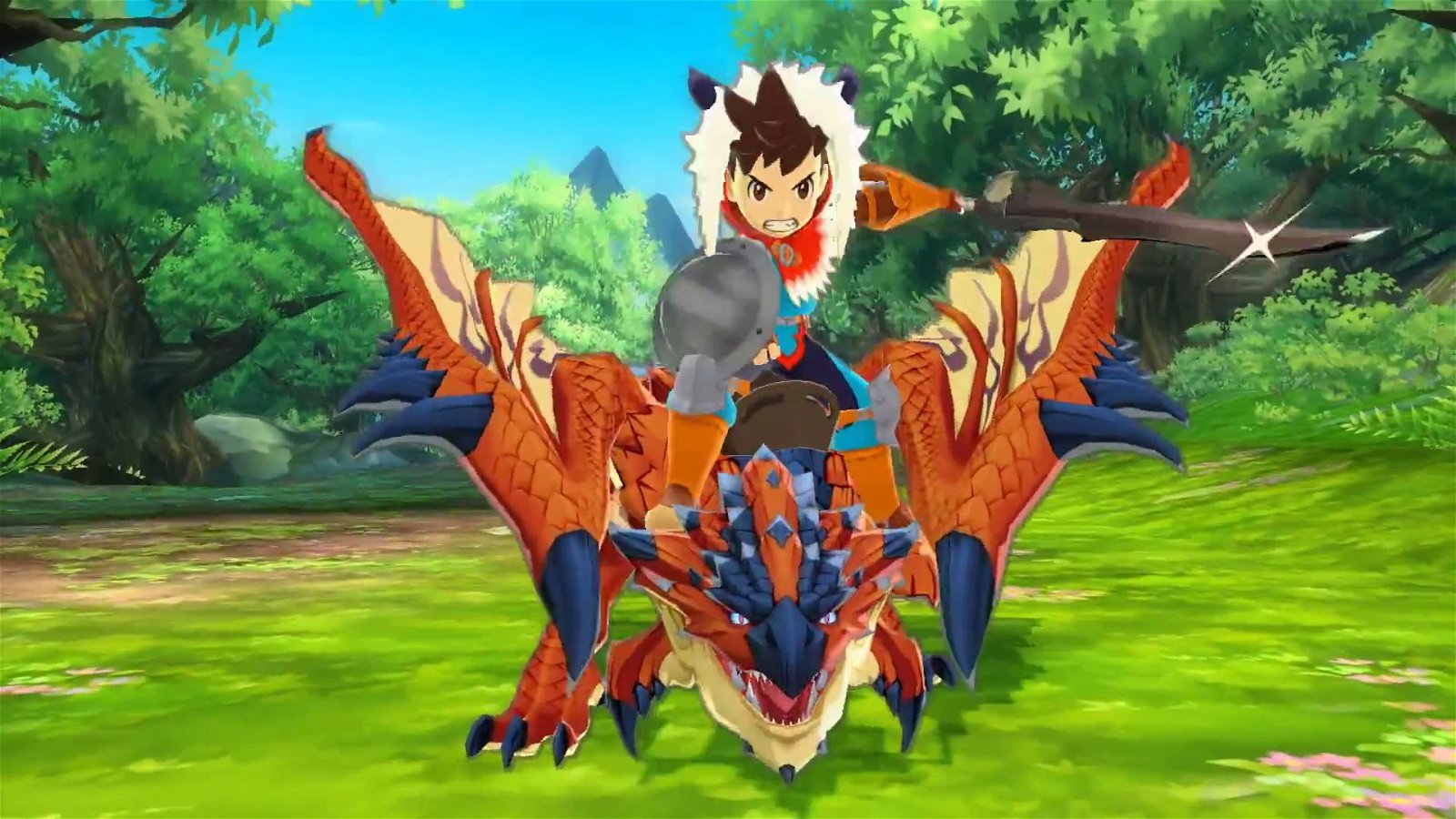 I’ll be honest; I’ve never been able to fully get into the Monster Hunter series. I understand the appeal of the games and why the series has developed such a hardcore fanbase, but something about the gameplay just never clicked with me. Monster Hunter Stories managed to not only give me an enjoyable experience but also convinced me to make another push at playing the main titles in the franchise.

Monster Hunter Stories is turn-based RPG spinoff of the main series, taking place in its own world with its own expanded lore. Players control their own fledgeling avatar in a remote village of riders, skilled warriors who fight alongside monsters. While the plot that Monster Hunter Stories follows is simple, there’s so much charm to it along with the world it’s set in that I found myself becoming more invested than I thought I would be. The game features a ton of fully-voiced cutscenes spoken in its own fictional language, which helped to deepen the lore of the game’s world. The character and monster models definitely stand out as some of the best I’ve ever seen on the Nintendo 3DS. Unfortunately, I can’t say the same about the backgrounds. While the main village looks good, many of the environments look a bit flat when compared to the main Monster Hunter titles.

When I first looked at Monster Hunter Stories, I was expecting the game to play like a Monster Hunter version of Pokémon. I’m so glad this proved to not be the case. The immediate difference between the two is that when you get into a battle, you aren’t controlling your chosen monster or “monstie” as the game calls them. Instead, you control your own weapon wielding avatar in order to fight alongside your AI controlled monster partner. Battles in Monster Hunter Stories use a rock-paper-scissors mechanic between three types of possible attacks. Different monsters follow along unique combat patterns which will mean that one of the best ways to fight effectively is to study and learn how each monster will come at you, not unlike past Monster Hunter games. My only complaint about this system is that it can become a bit repetitive once you figure out how to defeat one type of monster. Luckily there is a fast forward button that can be used during battles.

What really helps add to Monster Hunter Stories’ combat are the ways you can cooperate with your monsters. When you make the winning choices during the rock-paper-scissors matchups, you fill up what is known as the Kinship Gauge. When the gauge is full, you gain the option to mount your monster and perform stronger attacks than what you could do on your own. Aside from that, you can use special rider skills in order to further support your partner or use items to help heal them. Combat in Monster Hunter Stories feels like an equal partnership between you and the monster you’re bringing with you and that’s what helps to make them so enjoyable.

Outside of fighting, there’s still a ton of stuff to do in Monster Hunter Stories. Fans of the series will be happy to find that they can craft items and weapons along with taking on a variety of side quests unrelated to the main story. Another fun thing to do is search out monster dens where monster eggs can be found, stolen, and then hatched, resulting in a new member of your party. There’s no real way to tell which monster you’re going to end up with so it’s always a surprise. Monsters can also be combined in order to gain additional skills so you’ll never feel ripped off if you didn’t get the monster you were hoping for.

My biggest complaint about Monster Hunter Stories would be its lack of difficulty. Once you become accustomed to the game’s battle system—which doesn’t take long—there’s little chance you’ll actually die. The game resurrects you three times before ejecting you back to the village but the chances of getting knocked out three times are pretty unlikely assuming you’re paying attention to the fight.

Overall, Monster Hunter Stories was a game I didn’t expect to enjoy so much. It managed to forge its own identity while retaining many of the beloved staples of the series. If a non-fan like me could find so much to like about this title, fans with prior knowledge of the series will definitely love it even more.

Monster Hunter Stories is turn-based RPG spinoff of the main series, taking place in its own world with its own expanded lore. 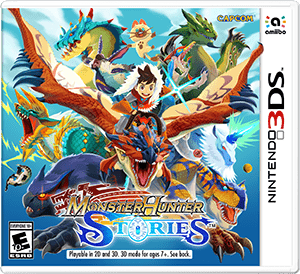