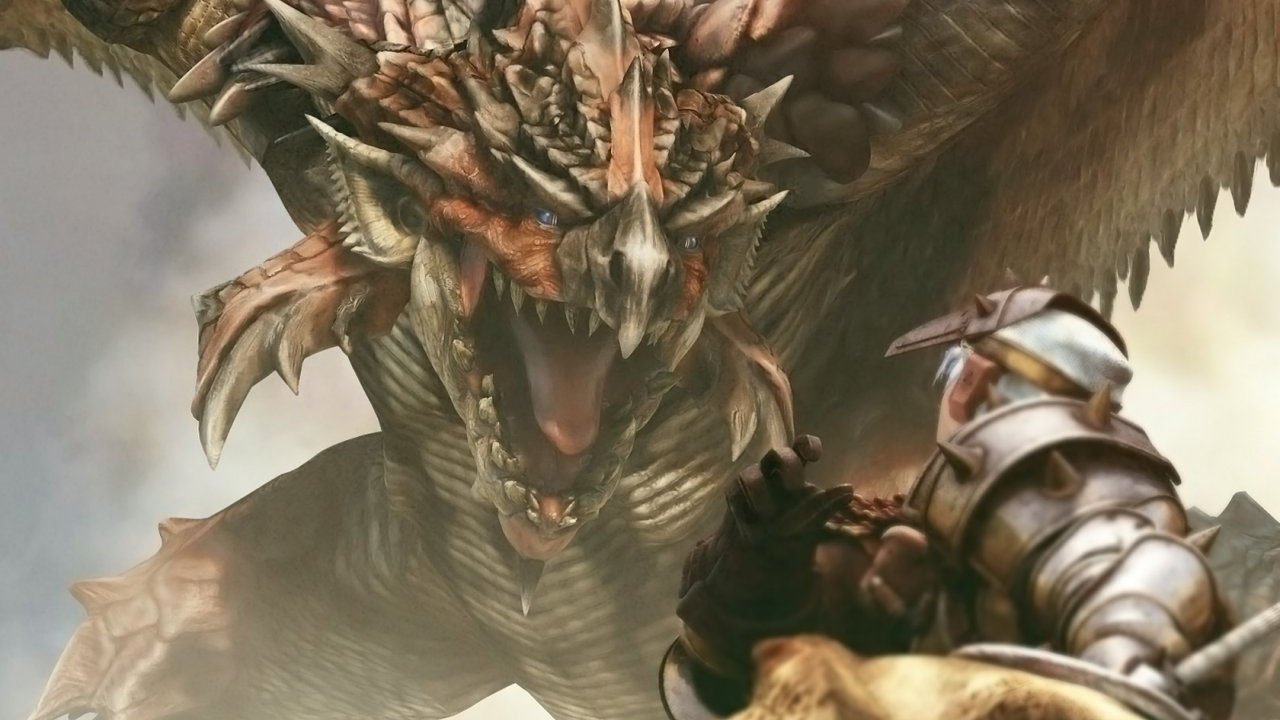 Monster Hunter is a franchise that always felt intimidating. With a massive world filled with giant monsters mixed with deep combat mechanics and tons of customization, it seemed very unwelcoming to newcomers like myself. The last few iterations started to change that way of thinking and Capcom’s Monster Hunter 4 Ultimate might be the best title to appease both long-time fans and newcomers alike. This entry combines everything hunters know and love with some direction and a story to ease in rookies to build a unique landscape filled with action and adventure. Monster Hunter 4 Ultimate is one of the most rewarding games in the massive 3DS library, but some technical setbacks cheapen that feeling.
Monster Hunter as a franchise is a strange beast. It’s a series of one of the best things in gaming—boss battles. You undertake a quest, go out and fight some monsters. They vary in size, type, strengths, weaknesses and such.  It’s very straightforward in how it presents itself, but the amount of customization is incredibly deep. Players can forge, or upgrade their equipment or weapon by skinning and deboning monsters, mining metals or picking plants. Every weapon plays differently (and there are two new classes) plus there are two sets of controls one for combat and one for exploration. The newest addition to the series is the ability to mount a monster and stab the hell out of it.

If it sounds overwhelming, it is. Luckily, Capcom tried their hardest to make it as accessible as possible. Tacked on to the core game of Monster Hunter that veterans are used to is a loose storyline that eases newbies into the series. You play as “insert name here” a man or woman who comes to the town of Val Harbour to register as a hunter. On his way there a massive sand dragon attacks his ship and he has to jump into action to kill it. After doing that, he’s given a job for a traveling caravan as a hunter. What that means is essentially he helps the townsfolk with their monster troubles. There’s a bit of a tutorial to give you an idea of how some of the mechanics (like cooking, gathering, or general hunting 101) work, then players can work their way through progressively larger monsters.  And wow, it is satisfying. That feeling isn’t necessarily from the triumph over beast. Rather the reward is noticeable mid-fight as you notice how much you’ve improved.

As you upgrade your armour or weapons, and you find yourself learning the nuances of the game, you feel stronger, and smarter. Slowly you become a better hunter. That’s when you can take to the interweb and play online with friends or strangers and the games biggest strength is shown. The online play. There are tons of different types of games ranging from basic hunts to arena quests where there is a set weapon type they give you to slay beasts. The thrill of the hunt with a team is a feeling unlike anything else in gaming.  As a unit, you track down, fight it, and if all goes well reap the rewards from its untimely demise.

This is all done in a pretty unique world. Everything is bright and colourful, the hub of Val Harbour feels like a bustling port with corky characters filling the streets and Monsters flooding the wastelands beyond its walls.  The pre-rendered cut scenes are some of the nicest on the system and feel epic and serious, while in game it’s more light hearted. Like when cooking food (which you can use to regain some health) random music that does not fit the situation plays. There are giant dinosaurs in the background and parlour music plays joyfully along with it. It’s random moments like this that make it feel like Monster Hunter 4 knows it’s a videogame and the game wears that as a badge of honour. It doesn’t try to be anything else than that.

While it’s a honourable trait, for everything that feels great about the game, there’s just as much that doesn’t work. To start, it’s overwhelming. The amount of customization is bananas! But to a newcomer, it’s a lot to take in. The basics get covered throughout the campaign, but it’s an excessive amount of reading. There were points where I missed important notes because I skipped through a part of a conversation. Not because I wasn’t paying attention, I was just trying to work through the text box, you could probably fill a textbook with the amount of words thrown on the screen.  If you do a longer sitting, it’s a lot of information thrown at you and it’s easy to forget. For the most part, the more you play, the easier it becomes, but even then it feels like I didn’t quite understand some of the subtleties with some of the weapons I preferred to use, but I knew enough to get by.

On top of that, there are some really strange glitches that seem out of place in 2015. There were so many points throughout my playthrough where I saw monsters walk through things. In the introduction, a dragon’s arm actually clips through part of the ship! In the gallery I can easily walk through an arm wrestling table, and when on hunts monsters would walk through each other, I could walk through them or even through their carcases.  It doesn’t help that the hunting path is pretty ugly too. Everything looks messy, there are things that don’t look like you should climb on that are meant for that, and the epic monsters don’t look very detailed. It’s shocking when put up against the beautiful cinematics. Sometimes it feels like a game that was made 10 years ago. At times it plays like that too.  To start, this game features one of the least favourite target locks I’ve ever used. My camera would get stuck in weird angles during battle. I’d have to exit, readjust my character and try to lock on again. It was really annoying, and it made hunts frustrating. Mix that with repetitive gameplay, it is mostly enjoyable in really short bursts.

That’s not to say the game isn’t worth your time. It is. The rewarding combat, thrill of the hunt, and deep customization, inside a truly unique world makes Monster Hunter 4 Ultimate a treat to fans of the series. For newcomers, this is the game to start with, but the franchise does still feel a little exclusive with the mountains of text you have to read to get a basic understanding of how the game works. Mix that in with an ugly terrain filled with glitchy characters, cameras and AI, this game just feels like a lot of good mixed with a bit of bad. If you can get past those issues, there’s an experience. It’s just hard to fully appreciate.

The rewarding combat, thrill of the hunt, and deep customization, inside a truly unique world makes Monster Hunter 4 Ultimate a treat to fans of the series.