Nintendo just dropped a new trailer for the forthcoming definitive editions of Pokémon Sun and Moon for the Nintendo 3DS.

The biggest changes in the upcoming titles include a brand new story mode, a new “Z Power Ring” item and a plethora of new customization options for the player character.

In the original Pokémon Sun and Pokémon Moon, the narrative focused on telling the story of the Legendary Pokémon Solgaleo and Lunala. In Ultra Sun and Moon, the mysterious and ominous Necroza join the two guardian Pokémon in an all new adventure.

Additionally, the main playable characters—both female and male—have received an update, which in the trailer seem to include the likes of new hairstyles, clothing options, and accessories.

The trailer also seems to hint at the possibility of having Pokémon follow the player around in the over world. This feature was first seen in the 1998 Pokémon Yellow game, in which Pikachu followed the player trainer around, emulating the famous electric mouse from the popular anime series.

It wasn’t until the release of Pokémon Heart Gold and Pokémon Soul Silver in 2009, that we saw the return of this feature (it was greatly expanded, allowing any Pokémon to follow the trainer, instead of just Pikachu). Since then the feature has been absent in mainline Pokémon games.

Like the original release, Pokémon Ultra Sun and Pokémon Ultra Moon will offer players the option of purchasing a toy replica of the in-game Z Power Ring. The device will feature NFC technology that can communicate with the Nintendo 3DS and unlock cool perks during battles. 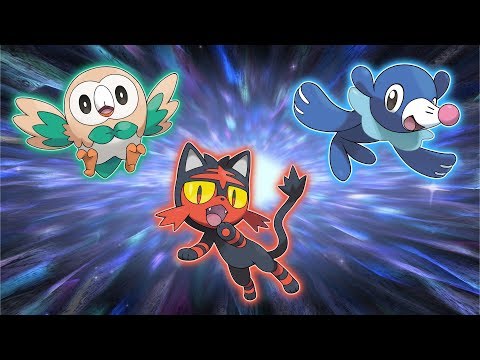 Pokémon Ultra Sun and Pokémon Ultra Moon will be out November 17, 2017, exclusively on the Nintendo 3DS family of handhelds. A special Ultra Dual Edition will also be available, which dons exclusive artwork and packaging.

Eagle-eyed fans have taken to Twitter, after noticing a particularly interesting segment from the trailer. The 0:14 second mark seems to depict the player character in a Pokémon Gym reminiscent of an iconic Kanto region location.

As reported by Polygon, the implications of a Kanto Gym could imply that the Generation I region may be playable in the upcoming Sun and Moon iterations.