We’re now halfway through the six-episode first season of Syfy’s Channel Zero, and I must say that what started out as a dull, American Horror Story rip-off is now turning into quite the little gem, and my god do things escalate quickly.

Last week on Channel Zero, after the revelation that Mike was the one who killed Eddie, Sheriff Gary dragged him away in his van to an unknown location. While in the car, Gary tells Mike the seemingly pointless story of how he lost his dream house, only to take him there for an interrogation. Two of the friends from episode one’s dinner party, Tim and Daphne, also come by to force some answers out of Mike, because they believe him to be the murderer of the other four children, including  Daphne’s cousin and Tim’s brother Gene (the bully that broke Eddie’s fingers).

Mike pleads his case, stating that they’re heading in the right direction but are making the wrong connection; Eddie was the murderer, but Candle Cove is the actual mastermind. That Eddie was changed. Mike also warns that Candle Cove has affected them all, as they’re still plagued by dreams and hallucinations, which mean it’s coming back for them. 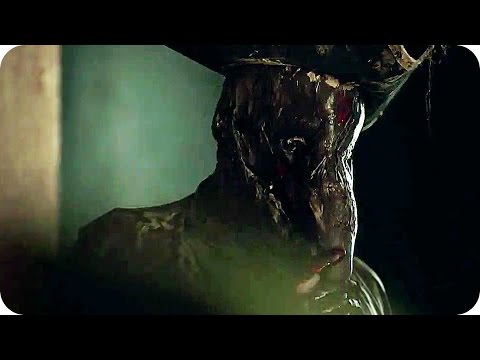 The escalation into madness is not only affecting the original children, but other children in town. The show now has the ability to hack into mobile devices and not just the dead channel like it did in 1988. Since this is a modern take on the original Creepypasta, I find it to be a clever way of showing the influence and power that Candle Cove has. But this begs the question as to why Candle Cove is back and how its power is getting stronger.

As of this episode of Channel Zero, I will finally stop beating the bad acting dead horse: the acting still isn’t the best, but my god is it leagues better than it was in episodes one and two. The tension between the four adults during Mike’s interrogation was definitely felt, despite the clichéd back and forth of “Listen to me!” and “You’re a liar!” being frustrating. At least we finally get to see what most of those awkward flashbacks from episode one were about, and I was not disappointed.

Eddie’s manipulation and descent into darkness, while too fast paced, was disturbing beyond belief. I’ll admit I felt sick when Gene tore out two of his teeth while under Eddie’s mind control. The look of shock and hurt on Mike’s face during the ordeal really sinks in, with the build-up of the brothers’ relationship solidifying that Mike was the stronger brother emotionally. Or so it would appear.

Despite all the boxes checked in this episode, there were a few things that kind of missed the mark storywise, like how the whole town thought that the Painter family had something to do with the murders, even though this is never hinted at in the previous two episodes, or how Mike and Jessica had been in contact for years. This could explain why Mike and his wife are separated (aside from his mental breakdown, which we have yet to see), but honestly, why do we care?

Speaking of that, just who the hell are Tim and Daphne in terms of plot? They appear in this show for only a few brief scenes, and yet it seems like they were supposed to be part of something bigger. Channel Zero slaps you in the face with foreshadowing and exposition (“Once you let something bad out, you can’t put it back in.” Really, you don’t say?) so Daphne’s weird and pointless conversation with Mrs. Booth (the teacher) just left me feeling confused. We now know Mrs. Booth is involved somehow with Candle Cove, so maybe Daphne’s conversation wouldn’t have felt so odd if we knew more about her past.

I’m hoping that the last three episodes of Channel Zero will dive more into these added plot points, since the show has proven things aren’t what they appear. It would be really odd to have them not go anywhere or have any reason behind them. It’ll also be interesting to see just how deep the rabbit hole goes; how many people are affected, if Eddie was the only one granted power, and just how far it has spread, especially with Mike’s daughter teleporting from over four-hundred miles away.

Final Thoughts
Despite some convoluted writing, Channel Zero will leave you on the edge of your seat.
REVIEW SCORE
7.5
File Under: Channel Zero, Syfy