The Wheel of Time Series Review

The Wheel of Time books are an epic fantasy saga to rival the likes of Lord of the Rings and Game of Thrones. While the books have garnered an incredibly passionate fanbase over the decades, Amazon’s new adaption is clearly hoping to hit it big in the void left by Game of Thrones. The Wheel of Time is a series filled with fantastic world-building and complex lore, and while the show manages to hit a bit of those same tones, the first three episodes can’t help but feel a bit too rushed in areas.

In the world of The Wheel of Time there’s an ethereal power known as the source, and reaching out to said power drives men mad; while women known as Aes Sedai wield the power to keep the Wheel turning the world on track. An Aes Sedai by the name of Moiraine travels to the small backwater town of Emond’s Field and Two Rivers  in search of a prophesied figure known as “The Dragon Reborn,” a chosen hero reborn to fight the forces of the Dark One. There she meets five young people who will alter the course of the world.

If that all sounds confusing to a newcomer, it’s because the show has a hard time introducing a lot of the series’ core concepts and intricacies. Fans of Robert Jordan’s books will, of course, be immediately familiar, but anyone that hansn’t delved into the massive 15-book series will have a hard time catching up.

From the first few minutes of Wheel of Time, it’s clear that the creators are trying to emulate aspects of both Lord of the Rings and Game of Thrones. The show is packed to the brim with gorgeous environmental shots, the party travelling over hill and dale, and a general spirit of adventure. At the same time, the show inserts a bit more romance and overall drama than the initial parts of the first book, The Eye of the World, had. That’s not necessarily a bad thing, especially since the main cast generally does a good job.

“From the first few minutes of Wheel of Time, it’s clear that the creators are trying to emulate aspects of both Lord of the Rings and Game of Thrones.”

Rosamund Pike’s Moiraine is fittingly cryptic, and her protector, Lan (Daniel Henney) feels like a perfect representation of the stoic warrior from the books. Meanwhile, the actors portraying the five young people from Two Rivers all fall into their roles nicely. Mat (Barney Harris) is charming and roguish, Perrin (Marcus Rutherford) is the gentle giant, Egwene (Maddeleine Madden) is a passionate but naive girl, Nynaeve (Zoe Robins) is confident and brash, and Rand (Josha Stradowski) is headstrong but passionate.

Each of these characters felt immediately likable, but their arcs feel like they’re hitting a bit fast. In the books, we get to see each of the main characters at home, before they’re sent on the run. In the show, however, we only get a smattering of scenes before things go south, making it feel like we don’t understand these characters very well, as they’re forced to change and adapt to survive. While the main cast does a bang-up job, some of the acting around those characters can feel a bit hammy. Tonally, Wheel of Time doesn’t try to go for the grim drama that something like Game of Thrones does, but it can also feel like the characters are a bit too flippant about the events unfolding.

The other aspect I’m not quite sure of yet is the action. The actual scenes are shot fine, but feel like they can go on a bit long, and when CG is added to the mix, at times, there’s a certain uncanniness to the way characters move. By the end of the first episode we get to see the fearsome creatures known as Trollocs, and despite some of the problems with CG in motion, I actually quite enjoy the Trolloc’s design. I was worried that the show might fall into the area of generic “orc-like” monsters, but the Trollocs genuinely look unique; hulking eight – foot monsters with the head of a goat and the body of a man.

The actual pacing of the episodes is generally good, but again, it feels like these characters simply don’t have enough time to breathe outside of things threatening their lives. The first episode has some nice development, and it’s fantastic to see the rustic design of Emond’s Field, but after the party is set on the run by Trollocs the pace significantly speeds up, almost too much.

After three episodes with The Wheel of Time, I can’t help but feel like newcomers to the series might be a bit lost. The show has a habit of suddenly introducing exposition drops filled with lore, and with only eight episodes in the first season, I worry how things will wrap up. I also hope we get to see a little more character development, rather than just character action. Still, the main cast of Wheel of Time is genuinely giving it their all, and I think the show really benefits from that. More than anything, I’m glad that the showrunners of Wheel of Time decided to lean into the more unique aspects of the book series, and the unique aesthetic. From costuming to set design, at the very least, Wheel of Time has a look all its own.

It helps separate the show from the droves of other fantasy media out there. Viewers milage with the show will absolutely vary, but whether you’re a newcomer or series’ veteran, it’s worth watching to see if you click with it.

Wheel of Time brings Robert Jordan’s fantasy epic to life, and while the first three episodes hit with middling results, there’s the foundation of something promising.

File Under: Amazon Prime, The Wheel of Time 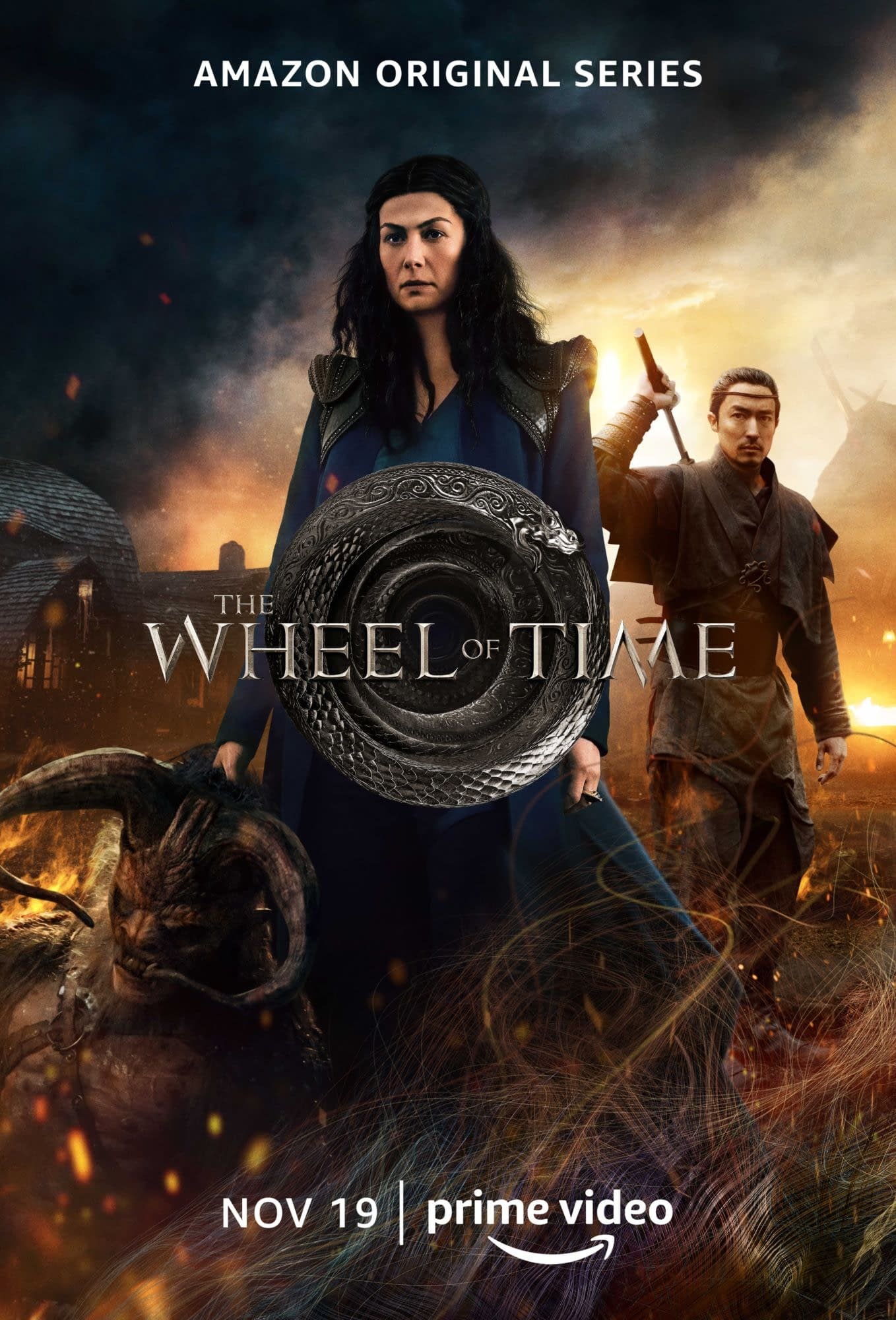