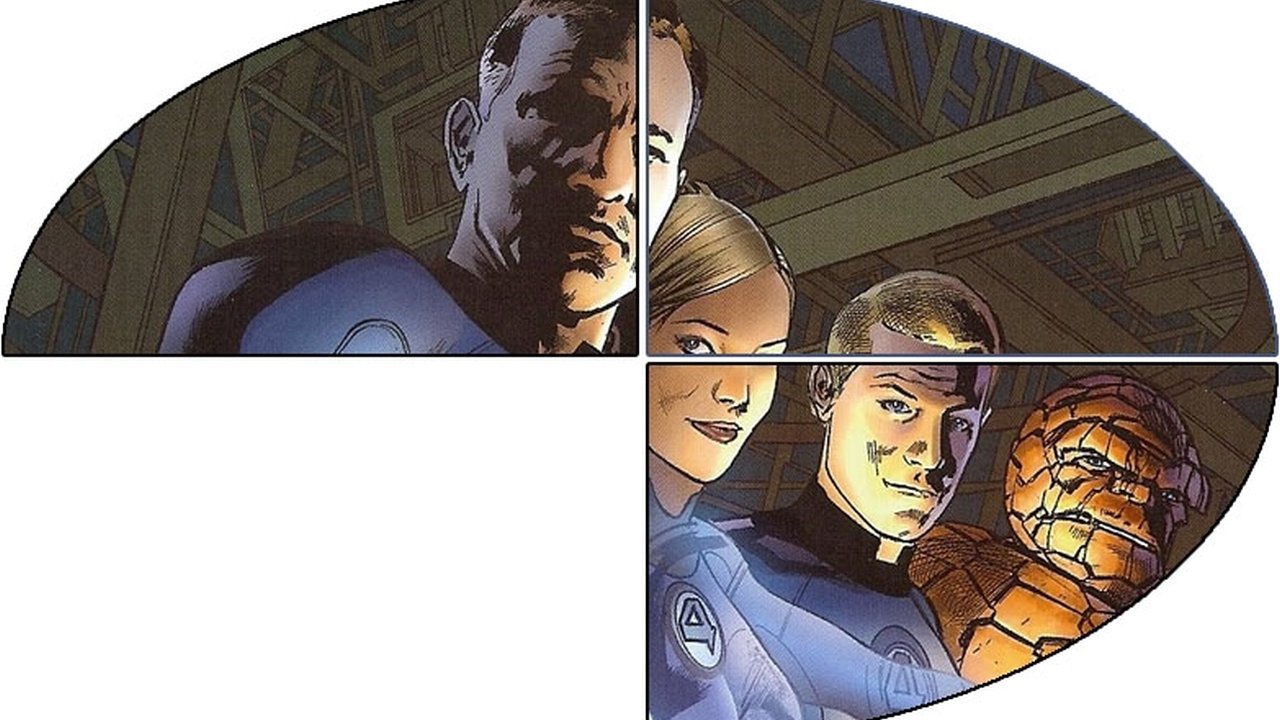 The Future Foundation! Sounds cool, right? This is a brand new ongoing series published by Marvel Comics. The catch? It comes at the expense of the Fantastic Four title, a comic that lasted over five-hundred issues since its debut in 1961. The death of team member Johnny Storm, a.k.a. Human Torch, saw to the dismantling of the classic superhero team. But in his memory, the remaining three, Mr. Fantastic, The Thing, and Johnny’s sister the Invisible Woman, choose to continue their legacy as the Future Foundation. The new title is simply named FF and features everyone’s favourite wall-crawler, the Amazing Spider-Man, as the new member of the team.

The Fantastic Four is said to have been created as a result of the success rivals DC Comics were having with the Justice League of America book. Seeing a team of superheroes sell well was enough to prompt Marvel Comics to launch their own superhero team magazine. Enter Stan Lee, who worked as editor for Marvel and its predecessors Timely and Atlas Comics. Along with pencilling legend Jack Kirby, Stan created the Fantastic Four in 1961. This would be the ripple that created the wave of superhero characters Marvel Comics published, mostly due to Stan Lee and Jack Kirby.

The Hulk, Spider-Man, the X-Men, Thor, Iron Man, Doctor Strange, the revival of Captain America, and Daredevil were among the iconic characters Marvel introduced in the 1960’s. All of them were thanks to the success of the first title of the genre for the company: The Fantastic Four. I can’t imagine what it would be like had none of these characters come to life; had the Fantastic Four not taken off the way 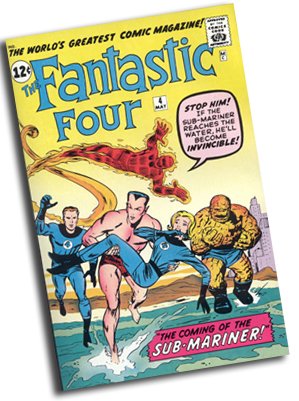 they did.  He who is affectionately known as Stan “the Man” Lee was ready to give up working in the comic book medium. The Fantastic Four came his way and it encouraged him to stay on the job. The rest, as we say, is history.

Although Stan and Jack worked on other titles together, many believe that their run as writer/artist on the Fantastic Four is their greatest work. The creative team wrought the first 102 issues, a record that stood for decades until Brian Michaels Bendis and Mark Bagley made it to 103 on Ultimate Spider-Man. Those one-hundred and two though are what we’d call masterpieces. Not to demean Bendis’ and Bagley’s accomplishment, but it’s pretty safe to say that their work doesn’t truly equal Stan’s and Jack’s. While on Ultimate Spider-Man, the creators reinvented already established characters and storylines. Fantastic Four was completely original material. And attesting to the mastery of the two legends is how many secondary characters they created that spun off on their own successful runs.

Early on in the series, we were introduced to Doctor Doom, who is now among the most evil villains of all time. Namor, the Sub-Mariner made his return in issue #04. He was already a popular character in the 1940’s, during the Golden Age of Comics, but he was set aside when genres like horror and romance became more popular in comics. Now, with the Fantastic Four selling well, Stan and Jack saw fit to bring the anti-hero back. Namor played the role of a villain, a hero, a friend, a lover, an aristocrat, and a sovereign since his return. He is as diverse and enigmatic as they come.

Throughout their run on the title, Stan and Jack also created the likes of Black Panther and the Silver Surfer, who made their first appearances on Fantastic Four. These two superheroes were popular enough with the fans to branch off on their own and become mainstays in the industry.

Are those not enough to convince you of the Fantastic Four’s importance in comics? Try the first appearance of the alien-human genetic experiments the Inhumans, or the rivalling extraterrestrial races the Kree and the Skrulls. How’s about the devourer of worlds, Galactus? Maybe Adam Warlock, the Negative Zone and the subject of unstable molecules? These characters, places, and themes were created in Fantastic Four and expanded onto other storylines, having an effect on countless other titles.

In Fantastic Four #12, we witnessed the first crossover in Marvel. The second superhero title launched by the company following Fantastic Four was The Incredible Hulk in 1962, following the tales of the powerful jolly green giant, also written and drawn by Stan Lee and Jack Kirby. In the twelfth issue of Fantastic Four, the Hulk made a cameo appearance, pinning the two superhero factions against each other. This 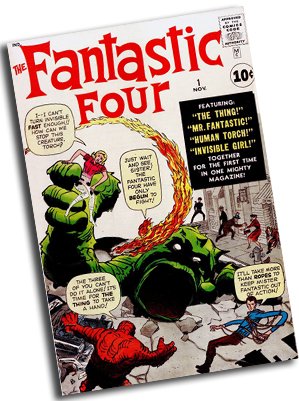 was round one of who knows how many between Thing and Hulk, who had many epic clashes and showdowns of who was the strongest there is. This issue was a statement by Marvel. It was the first step they took to bring these characters into the same universe. Fans enjoyed watching these heroes appear in each other’s books, and the fad of crossovers began. These days, it’s almost as if you can’t stop them from crossover material. Back then, it was a novelty.

The popularity of members Human Torch and Thing gave reason to the publishing giants to grant them their own solo titles. Human Torch was featured in Strange Tales in the 60’s. He later shared the title with Doctor Strange. The Thing had a successful run in a team-up book titled Marvel Two-in-One. It ran one-hundred issues and saw the deformed hero teaming up with different characters in each issue, much like Marvel Team-Up was with Spider-Man.

I think it would be unfair to only focus on the legendary run Stan Lee and Jack Kirby had on the title, as great as that was. But many other creators had a hand in adding to the legacy of the Fantastic Four. Roy Thomas, Gerry Conway, Marv Wolfman, John Romita, Sr., John Buscema, George Perez, Tom DeFalco, Chris Claremont, Salvador Larroca, Mark Waid, Jeph Loeb, Reginald Hudlin, and the list of these greats can go on and on. All of them contributed to the culture that is Fantastic Four.

Among the more radical of them all were John Byrne and Steve Englehart. The title, like many of the long running ones, had stints of staleness that needed spicing up. John shook things up on the book when he decided to have Thing quit the team, thus bringing in She-Hulk as a replacement. Englehart made an even bigger change when he decided to have Mister Fantastic and the Invisible Woman retire, thus reimagining the Fantastic Four with original members Thing and Human Torch, joined by their then respective lovers, Sharon Ventura and Crystal of the Inhumans. Eventually, that change was undone when Reed and Sue were brought back into the team.

The Fantastic Four title was cancelled and quickly relaunched as Vol. 2 during a failed experiment Marvel ran called Heroes Reborn. Along with other titles like Invincible Iron Man, Captain America, and The Avengers, the Fantastic Four were brought to a different universe where they had their own adventures in a more contemporary setting. After a short thirteen issues, all of these titles were brought back to the regular Marvel Universe with Heroes Return.

For nearly a decade, the Fantastic Four had questionable runs that left fans unsatisfied. That was until the arrival of writer Jonathan Hickam, who began a successful run on the series that led to the end of the Fantastic Four. In the storyline Three, the Human Torch sacrificed himself in order to save the world from monsters of the Negative Zone. A classic case of heroism (man sacrifices self for the well being of others). Thus, the Fantastic Four became a three-man group. But Torch’s final wish was not to let his family fall apart and give up. He encouraged them to continue fighting the good fight. The result is the formation of a new team, the Future Foundation. At Torch’s request, the only man he accepted as his replacement is his best friend of the superhero community, Spider-Man.

With a new member, a new team name, new uniforms, and a new direction, it is very exciting and interesting to see where this iconic franchise will head. Human Torch might be dead, but we all know what death in comics is best known for: returns! And with a popular character like Johnny Storm, how long can he remain deceased? And if/when he returns will things revert back to the way they were or will the status quo of the book continue to be different? All valid questions, all of them could only be answered one way: READ THE BOOK! FF #01 is scheduled for a March 2011 release.