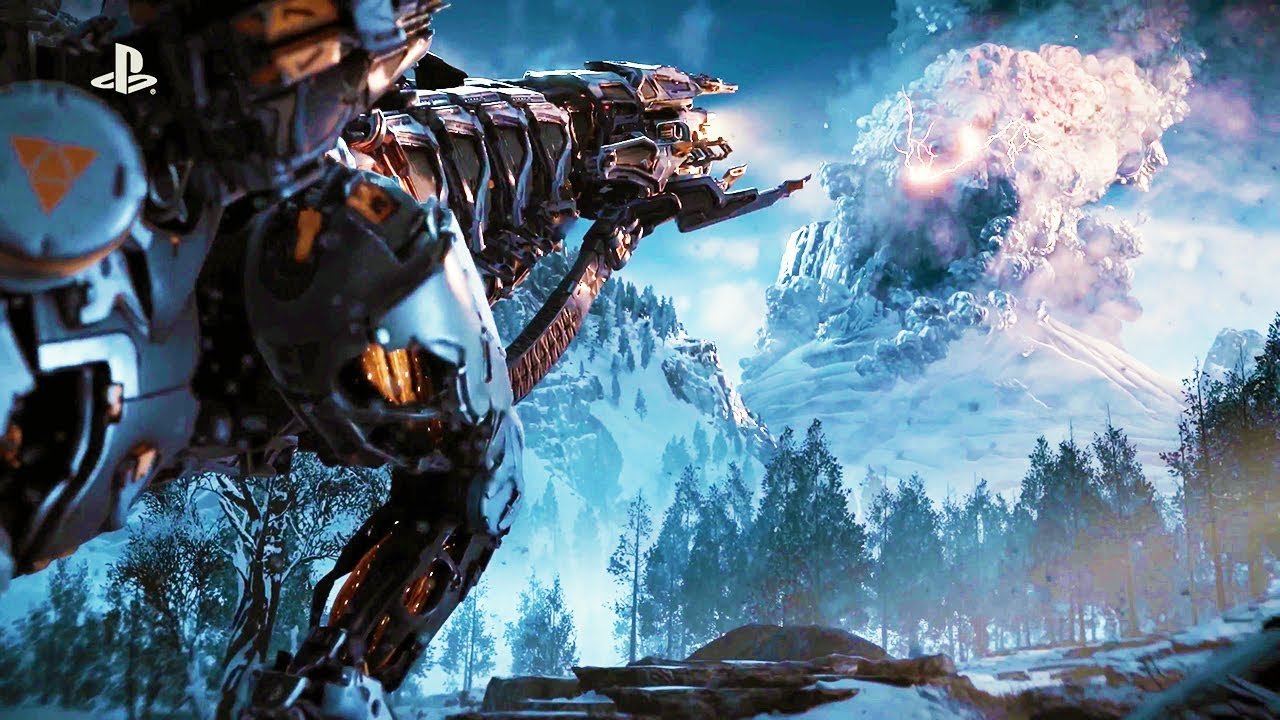 Set in the colder, icey climates within the expansive game world, players once again don the boots of Aloy as they explore the new and mysterious area, going toe-toe against the machine menace.  No further details surrounding the upcoming downloadable content is available at this time, however fans who pre-order the new content for Horizon Zero Dawn will receive an exclusive PlayStation 4 Avatar.

The upcoming Frozen Wilds DLC is currently available for pre-order on the PlayStation Network for $26.99 CAD or $20 CAD for those who have an active subscription to PlayStation Plus.

Horizon Zero Dawn originally released earlier in February of 2017, since then the game has been praised by both the games press and fans alike for it’s gorgeous visuals that take advantage of Sony’s PlayStation Pro hardware, delivering 4K HDR visuals. additionally, the game features a fun and expansive world to explore and conquer. Over here at CGmagazine, we loved the game and gave it a well deserved 8.5/10.

The game was also praised for it’s portrayal of a strong female lead, something that is absent is many AAA games available in the market today.

Horizon was the first game for developer Guerrilla games after their long and successful stint with the Killzone series of first person shooters, which first released on the PlayStation 2 and ended with Killzone Shadow Fall on the PlayStation 4. Like Killzone, Horizon featured high sci-fi themed mecha beasts, but interestingly enough, the primary setting of the game is more of a natural wilderness environment, rather than the cities and alien planets featured in Killzone.