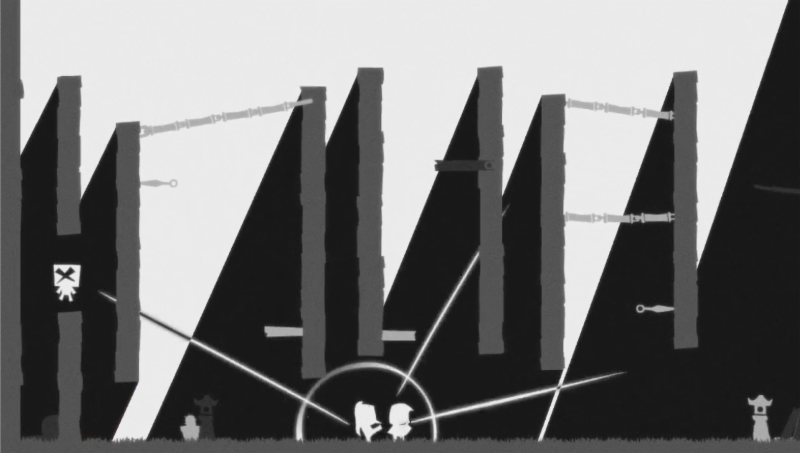 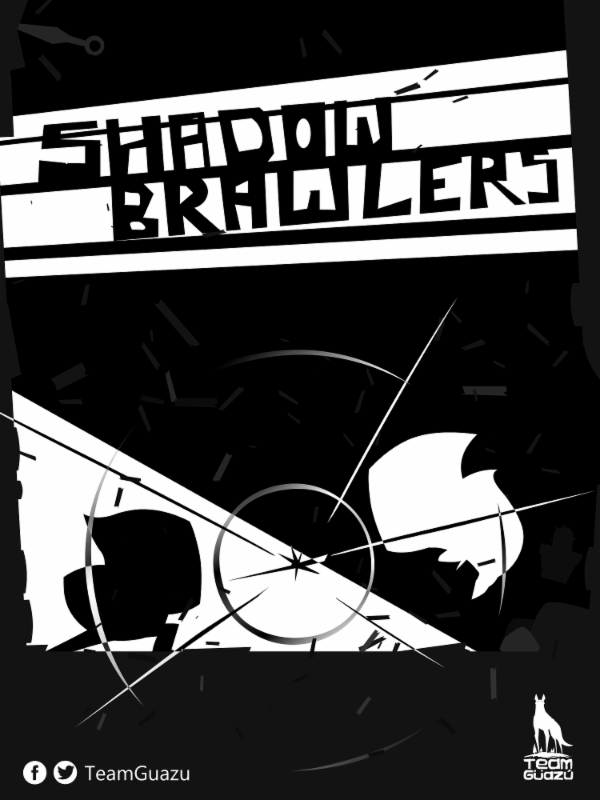 CASUAL CONNECT, ANAHEIM, CA and BUENOS AIRES, ARGENTINA: Monday, January 16, 2017 –Argentina-based independent game studio Team Güazúand Latin American publishing company Inca Gamestoday announced their first game in collaboration:Shadow Brawlers. The fast-paced, color-blocked stealth fighter was recently named Best Game of Show by the jury at EVA 2017 in Buenos Aires, with Shadow Brawlers being awarded an Indie Prize finalist spot at this week’sCasual Connect USA in Anaheim, California. The game will be demo-ed on the show floor and will one of sixty games competing for the best indie game award at the Disneyland Hotel, January 16th to 18th.
Shadow Brawlers is a local party game in which players control cute, agile ninjas that hide in the shadows. Surprise your opponents by appearing suddenly from the background, attack, and disappear in this fast-paced award-winning brawler. The game features elements from the classic platformer genre mixed with the modern party game rhythm, a combination that results in players throwing elbows in acts of undisputed sportsmanship. With beautiful, lavish animations, a super stylistic design, and hyper fast gameplay that will test the reflexes of the gamers, Shadow Brawlers is set to put the fighting party games genre ablaze.
“We started this as a side project to take a break from another big assignment we had, but soon we found we could not stop playing it,” said Martín Gil (Rojo), Team Güazú’s animator and designer. “It presented a unique situation, as it is really difficult to be enamored of a game you yourself developed in such a way that you need to consciously put it down in order to keep working on it. It is our hope that others will find it as addictive.”
The studio was approached by Inca Games to join its incubator – the first publisher of its class, with a focus on the Latin American market and a mission to bring the region’s best games to the world. The relationship with Team Güazú grew naturally as Inca shares the same language and culture, one big advantage when understanding the specific needs of the developer plays a major role in a successful collaboration.
“At any game convention you can easily identify which games are the best by the crowds of people that gather around their booth,” said Javier Entelman, CEO of Inca Games. “We were struck by the passion with which people played the game; it was like watching a sports match! We are thrilled to have Shadow Brawlers as one of the flagship titles for Inca Games, and for Team Güazú to be among the first round of releases that will put Latin American games on the map”.
Shadow Brawlers is currently scheduled for release in Q3 2018 for PC and Consoles. For additional information, please visit www.shadowbrawlers.com.
About Inca Games
Inca Games is a privately-held videogame publisher & incubator located in Buenos Aires, Argentina. The team of professional game industry veterans has more than 20 years of experience working on multiple projects and platforms, with a commitment and passion to bring Latin American games to the world. The company’s first four titles in the works and slated for release in 2018.
For additional information, please visit www.incagames.com.
About Team Güazú
Based in La Plata, Buenos Aires, this three-member team has a strong focus on traditional animation, and has worked for clients like Cartoon Network, and have provided amazing animation assets to multiple games. Shadow Brawlers is their second attempt to build their own IP, following the critically acclaimed Samurai Bamboo. You can find them around the web on facebook.com/TeamGuazu/