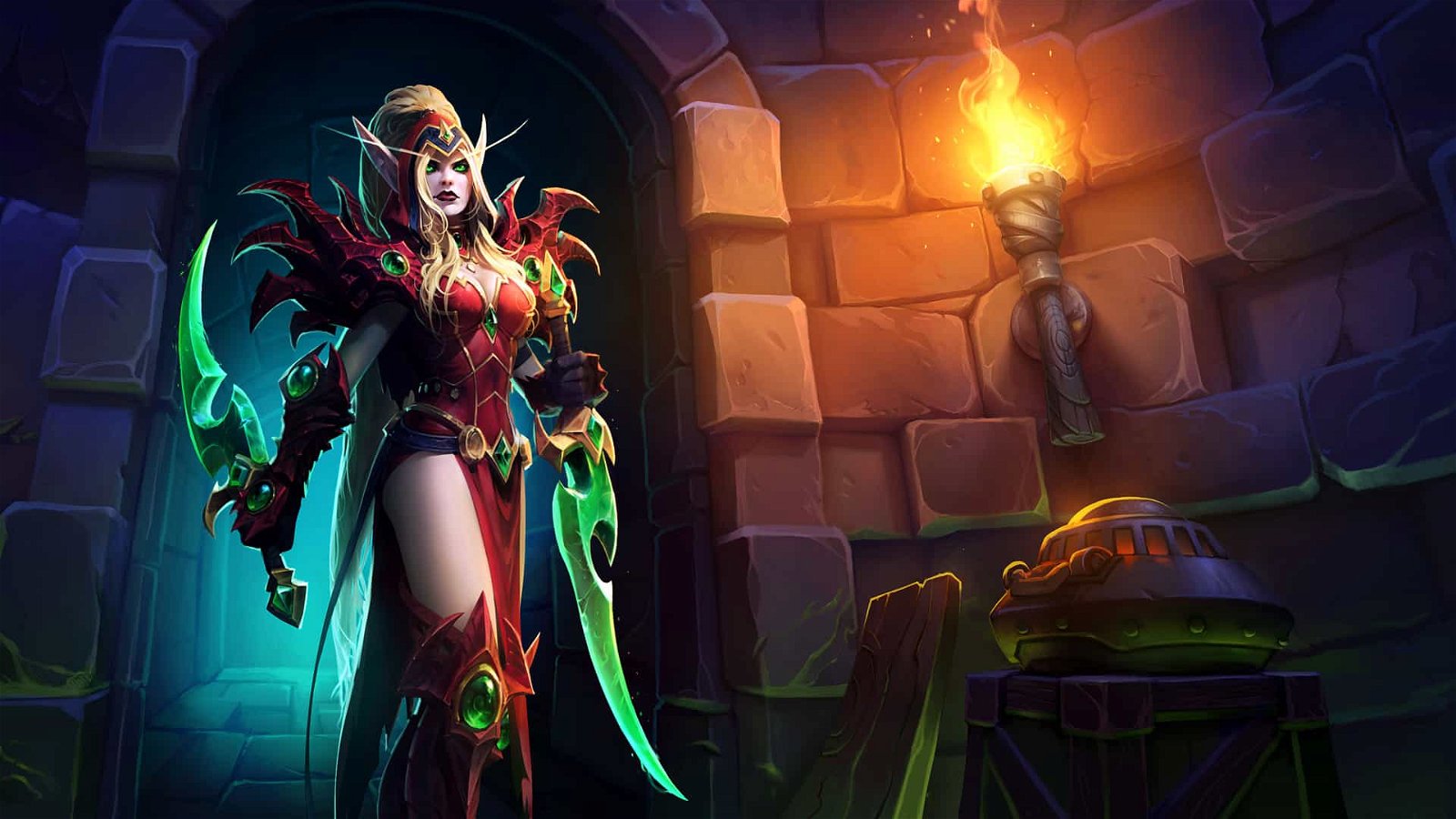 This week in Heroes of the Storm, players can get World of Warcraft heroes Thrall and Valeera Sanguinar at half price.

Both of these heroes are Melee Assassins in the game, who rely on close quarters combat to deal damage. While Thrall was originally 500 gems, he can now be purchased by players for 250 gems. As for Valeera, she was originally 750 gems and can now be bought for 375.

Fans of these World of Warcraft heroes can also get skins for them as part of this week’s featured items rotation. These include Soulbreaker Thrall and Crimson Demon Hunter Valeera at 400 gems each.

Ronin Zeratul and Dominion Marshal Raynor are also available as skins for Heroes of the Storm players who enjoy customizing their Starcraft Assassins. Meanwhile, the Immortal Space Lord Leoric and Satyr Betrayer Malfurion skins are available for those who enjoy tanking and healing.

If players want either the Dominion Marshal’s Outrider or Nimbus Cloud mounts, they can also get them this week.

All of these skins and mounts can be purchased using gems until September 18.

File Under: Blizzard Entertainment, Heroes of the Storm, World of Warcraft