What the Hell is Bugsnax? 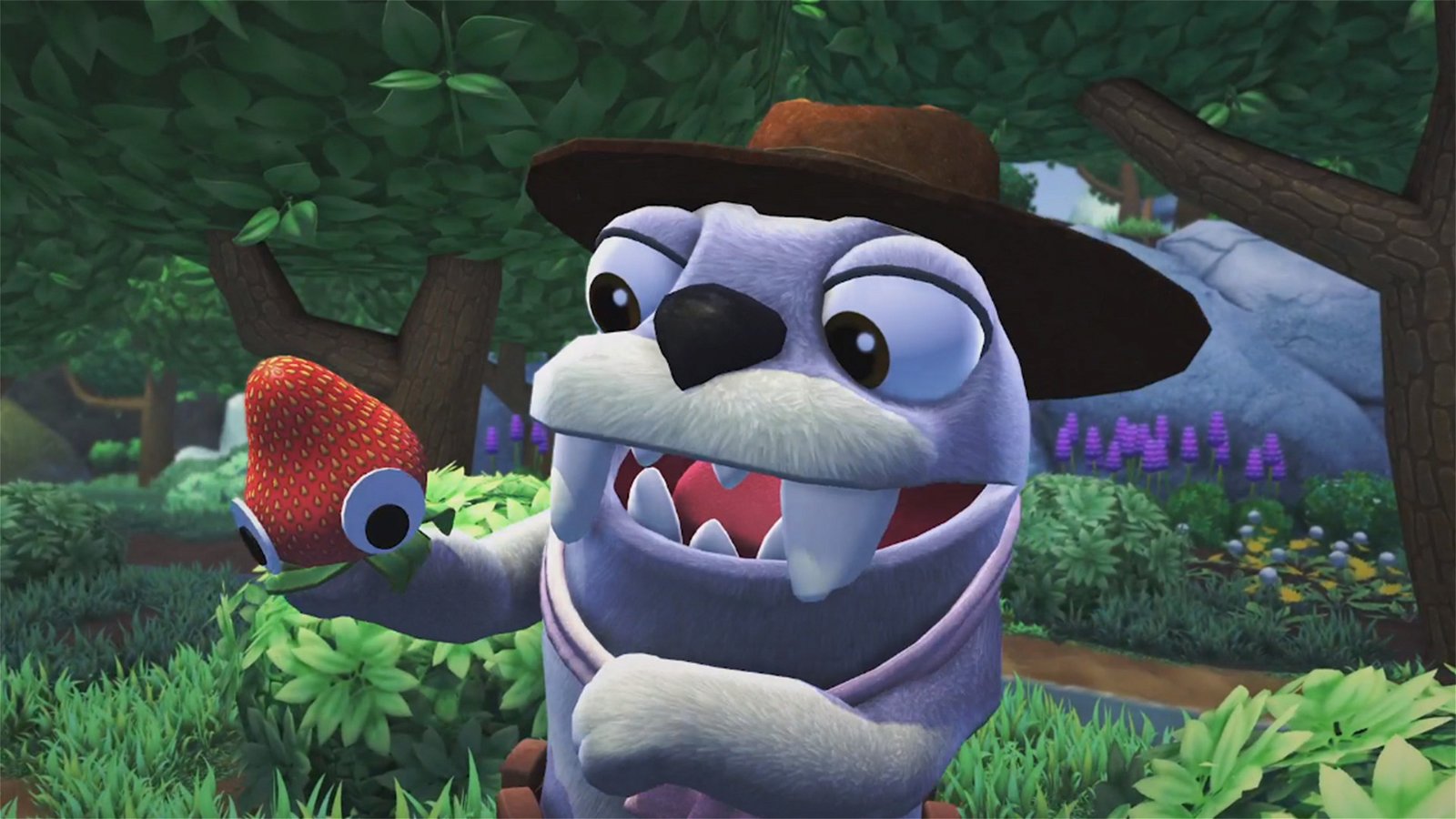 Bugsnax developers Young Horses (Octodad: Dadliest Catch) spoke to USGamer over what the heck their latest fantasy game was after its first trailer debuted on the PlayStation 5 reveal stream earlier in June 2020.

Its first glimpse was full of food – something which all living things are made of in Bugsnax while players would see taco insects, strawberries with eyes and a sandwich monster at night. No gameplay was shown as fans were given more questions than answers. The mystery ultimately led to a strange obsession from gamers and outlets who could only know Bugsnax by name.

But Bugsnax‘s developers shed more light behind its game, stating it was a first-person adventure game who explores a strange island of living food.

“Bugsnax is a first-person adventure game where you play as a journalist who is sent a mysterious film from an adventurer named Elizabert Megafig,” Young Horses President Philip Tibitoski told USG.

“She says she’s found these things called Bugsnax, these half-snack half-bug creatures, and she wants you to come and document her discovery with her group of misfit followers. You go to the island, you find that she is nowhere to be found, and instead run into some of her followers.”

As relatable as the game gets with a strange journalist, Bugsnax will use its adventure mechanics for interacting with new characters.

While smaller creatures are found in the wild, its larger and more intelligent ones are made up of different ingredients and can speak (somehow). The game also features its own day and night cycle, as suggested in its trailer when a sandwich monster attacked players. This also adds to the in-game mystery which revolves around players figuring out what happened on the island.

Tibitoski added Bugsnax is inspired by Octodad‘s humor and visual aesthetic made ready for the PlayStation 5’s next generation hardware. There will also be over 100 different creatures to analyze with small details making each Bugsnax unique. He also suggested some mechanics from Sony’s Ape Escape can be noticed when catching each one.