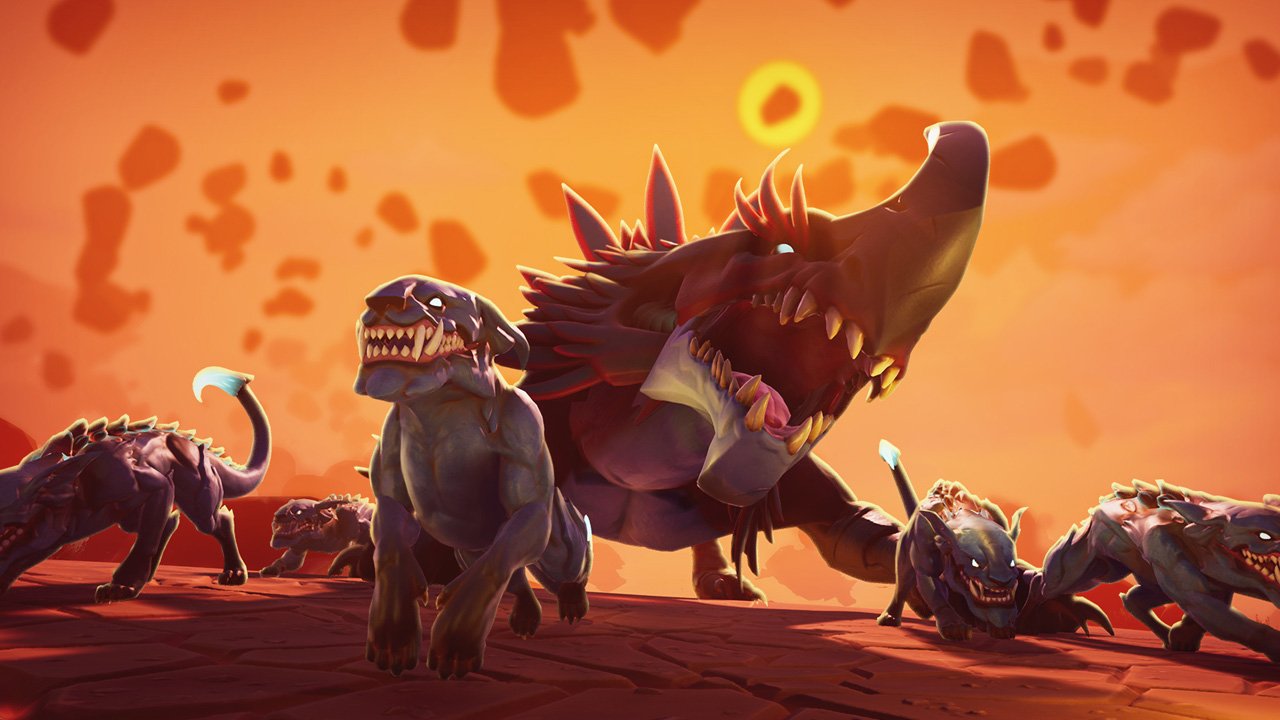 Phoenix Labs is releasing a major update to their free-to-play monster hunting action RPG Dauntless, which adds a much needed progression system to the game, alongside a new open-world gameplay system, and even an updated storyline. Dauntless Reforged will launch tomorrow across all platforms including the PlayStation 5 and Xbox Series X/S consoles.

Dauntless Reforged takes its name from the updated Slayer’s Path progression system which allows for players to see a linear progression system as they level through the game, without having to look up tips to earn Mastery points outside of the game. The progression system also comes with various nodes that provide weapon upgrades, passive abilities, new hunting grounds, and even the ability to use a glider in-game. With the open world update, that glider node will come in handy pretty quickly.

Reforged also changes the way weapons are upgraded in the game, so that weapons are immediately useful to players and don’t have to be levelled up individually from their base state. Instead, weapons will be forged based on the player’s weapon skill level, which can be earned by slaying behemoths and collecting bounties with the corresponding weapon. And once players have reached level 20 in a weapon skill, they can use the Reforge node on the Slayer’s Path progression system to reforge their weapon skill, which can power surge weapons and armor to even greater levels.

Previous weapon mastery and gear upgrades will be migrated over to the new Reforged system in the form of compressed aetherhearts, so endgame players can get right on reforging and power surging their gear.

The other major change with Dauntless Reforged is the Hunting Ground system. As things currently stand, players must return to Ram’s Gate after slaying each behemoth, which creates an instanced fight for that behemoth alone. Which means a whole lot of porting in and out of the hub city, which can get a bit old. So rather than have individual islands for each Behemoth, there are now larger islands with multiple Behemoths and enemies roaming the open world.

Each of the new Hunting Ground islands is capable of hosting several behemoths at a time along with several Island Events which spawn after about 15-minutes of play. The island events are tailored to the various islands designs and their local Behemoth fauna. Rather than just having slayers take on a specific Behemoth, the island events will pit players against more diverse challenges like facing waves of lesser Behemoths or taking on a more challenging Behemoth in a certain time limit.

The Hunting Grounds absolutely shake up the way Dauntless Reforged is played, which should provide a more interesting, immersive experience for players that allows them to spend more time away from Ramsgate and off taking on various different Behemoths and challenges. To help facilitate the open-world experience and keep Slayers in the open world longer, each slayer will get to call in one supply crate while in the field.

Each slayer in the party gets one crate drop per island that they can call in, so with a large enough group you can stay in the Hunting Grounds for a decent amount of time before needing to return to the hub and restock. And, because you can travel between islands without returning to Ramsgate, each slayer gets one supply crate per island, allowing players to switch Hunting Grounds without going to the hub, and stay playing even longer.

Having run through the Hunting Grounds and Reforged systems in the Dauntless PTR over the last week, the update should come as a welcome revitalization to the game. And with over 25 million players, finding a good Hunting party should be easier and more enjoyable than ever.