Does Everything a Spider Can 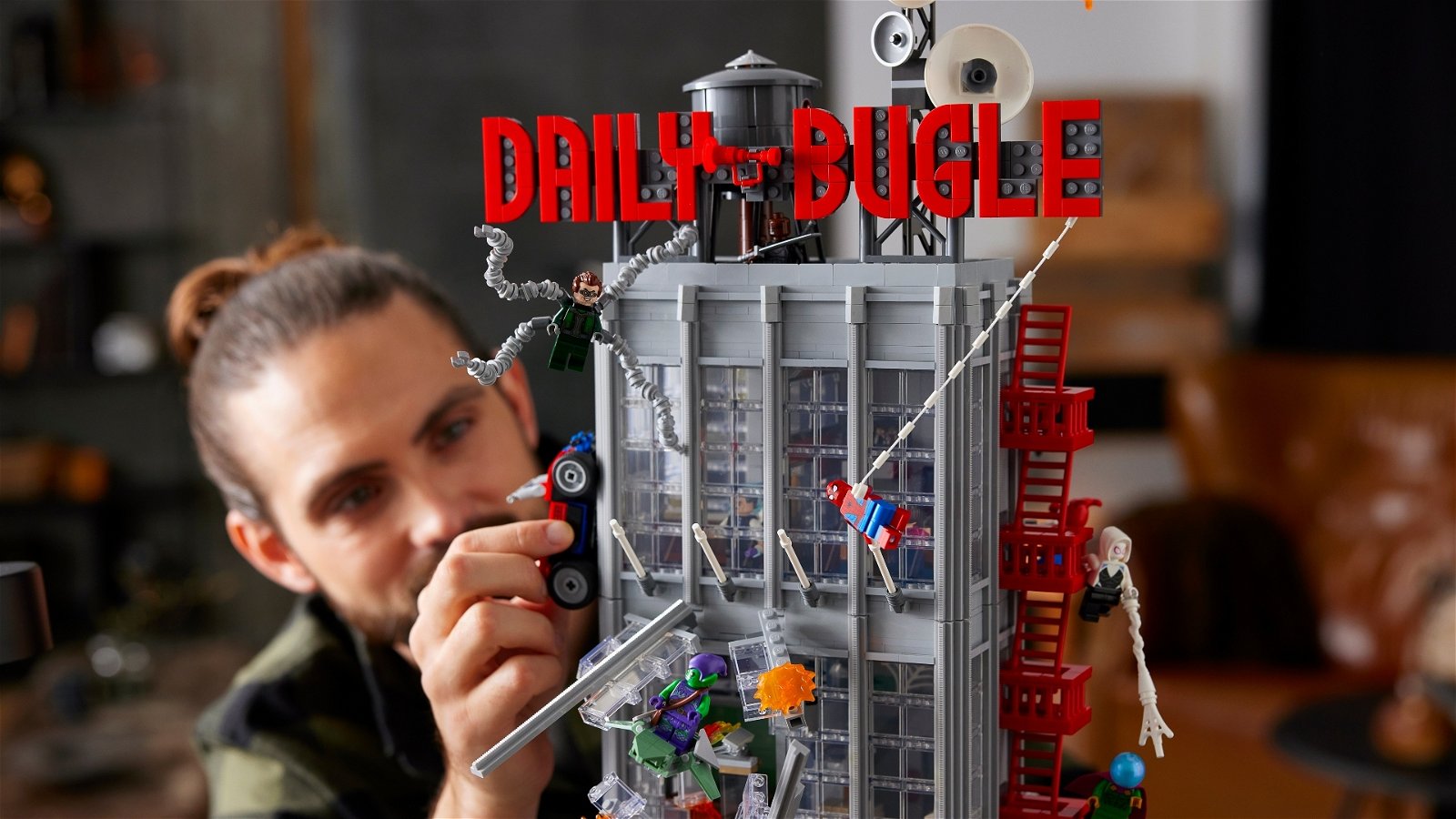 With LEGO’s latest and largest Marvel set to date, you can get yourself better pictures of Spider-Man than ever before.

LEGO has unveiled its new set, Daily Bugle 76178, which is a towering, four-story, 3772-piece recreation of the newspaper’s New York headquarters. Rivalling the company’s recent R2-D2 for size and complexity, it comes packed with minifigures and its detailed rooms can be configured in a variety of ways, to suit another day at the office or a showdown with the Sinister Six.

“I was seven years old when I was given my first Spider-man comic,” said LEGO Set Designer Mark John Stafford, “and I have always had an image of creating a LEGO model of the Daily Bugle and having Spidey and his Amazing Friends in conflict with his various enemies.

“One of my favourite elements is the Green Goblin flying inside the building through the window. Being able to design a moment of frozen action like this in a LEGO set has always been a dream and I finally got to make it happen!”

The ground floor features an entrance foyer and a bullpen follows on the first floor, stocked with requisite journalist fuel like donuts and coffee. Peter Parker’s office, complete with awkward framed portrait of Spider-Man as a meme nod, takes up the second floor, alongside a cobweb-ridden store room. J. Jonah Jameson himself shares the top floor with Betty Brant, and the editor’s golden award trophies can be seen on his desk.

Of course, LEGO planned alternate configurations to show a fight in progress, including a destroyed entrance and the Green Goblin smashing out of Peter’s office. Small easter eggs litter the set, like an allusion to the Clone Saga and Scarlet Spider on TV screens, or Eddie Brock’s name visible on a computer screen.

While this sounds like the wildest daydream of my eight-year-old self, the LEGO Daily Bugle is designated an adult set for its complexity. However, there are plenty of minifigures for parents to share with the kids while they build, including a veritable who’s-who of Spider-Man characters: Fire Star, Doctor Octopus, Spider-Man, Betty Brant, Venom, Miles Morales, Spider-Ham, Green Goblin, Gwen Stacy, Carnage, Peter Parker, Spider-Gwen, Robbie Robertson, Ben Urich, Mysterio, Daredevil, Sandman, and Aunt May, as well as a newspaper worker, a taxi driver, and a receptionist.

LEGO Daily Bugle 76178 will be available through the company’s website and physical stores on June 1, or on May 26 for VIP members. It will retail for $399.99 CAD.