Pathfinder: Wrath of the Righteous Preview 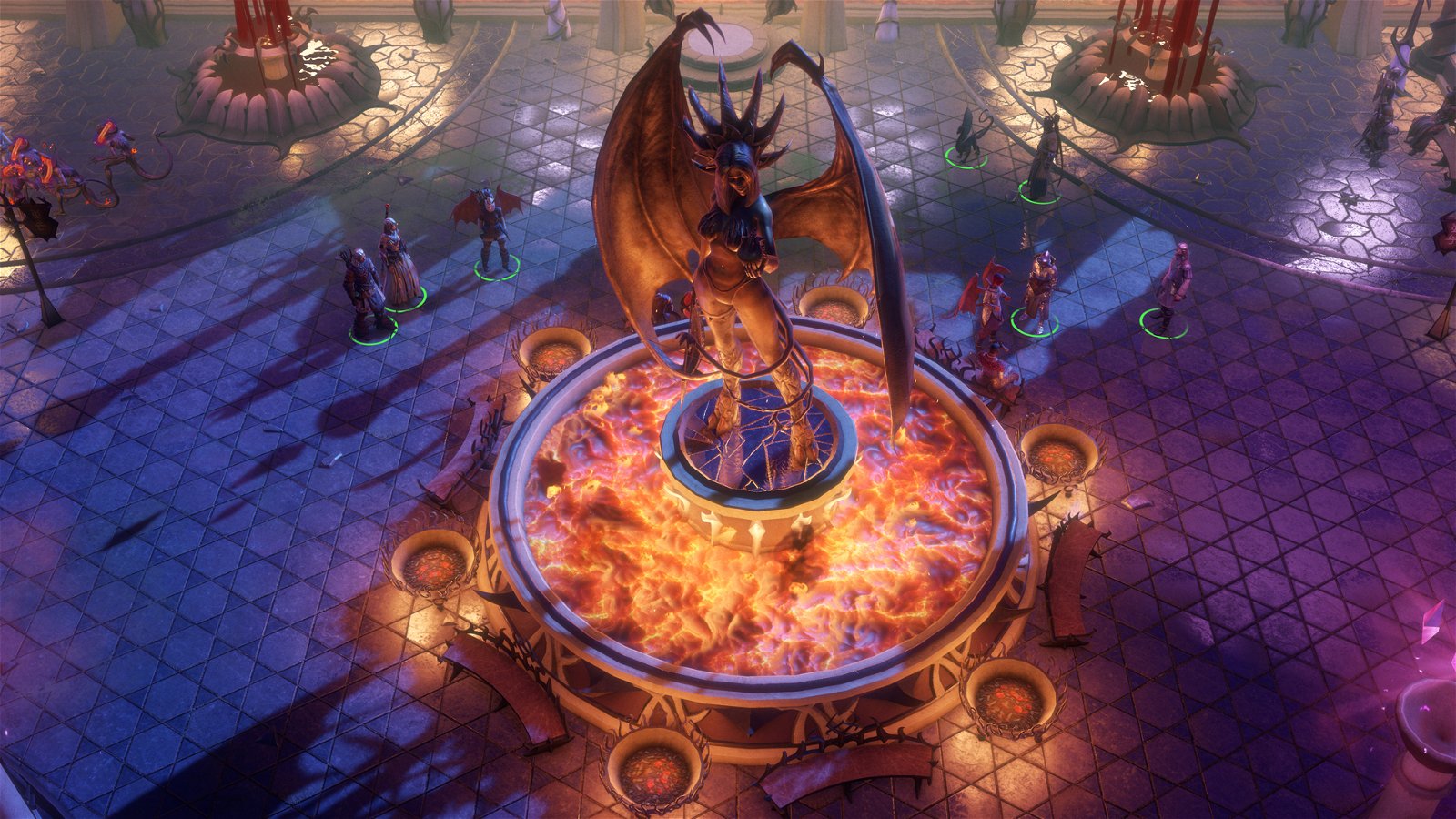 When it comes to RPGs, few were as expansive and intricate as Owlcat Games’ 2018 Pathfinder: Kingmaker. Based on the Pathfinder tabletop RPG Adventure Path of the same name, it offered complex character creation, loads of quests with divergent outcomes, and a kingdom management simulator. It was also too disjointed and messy for my taste. Managing your kingdom was a chore, the opening acts took too long to unfold, and there were plenty of balancing issues that took away from the otherwise deep combat systems.

Even so, there was a solid foundation to build upon. Which is exactly what Owlcat is attempting to do with Kingmaker’s sequel, Pathfinder: Wrath of the Righteous.

Set to release on September 2nd this year, I’ve played its beta for some time to see how it stacks up just a few months from launch. And while it still has some issues—it is a beta, after all—Wrath of the Righteous looks like a much improved sequel to Kingmaker.

The premise is straightforward: You are in the Worldwound, a massive hole in reality that leads to the Abyss from which demonic legions have poured out of for the better part of a century. Due to a series of events, you find yourself leading a crusade to strike back against the demonic horde with an army at your back and superpowers in hand.

“The ability to discover and create ridiculous builds is part of the charm.”

As simple as the premise is, it will take some time before you actually begin playing the game due to the density of character creation. There are 25 classes, 12 different races, even more backgrounds, and dozens of feats to choose from—and that’s less than half of the creation process. I spent well over an hour designing my first character, only to then spend another hour redesigning the character after I became more familiar with specific mechanics and systems. It is overwhelming, which is a familiar feeling for anyone who is familiar with either Kingmaker or its tabletop namesake. Personally speaking, the ability to discover and create ridiculous builds is part of the charm, though the sheer volume of information will take a long time to process.

Of course, building a character isn’t solely an excuse to create combat builds — it’s a chance to roleplay. And while I have only touched a small amount of the beta’s content (There are over 60 hours playable), there are a lot of decisions to make. One of the first determines which companion will join your side for the introduction, with you being given the ability to kill or banish whichever character you don’t choose. And much like Kingmaker, taking too long or going to certain locations before others means that the story can change. There is a great deal of depth to the choices you make and I’m interested to see how those choices bounce off of each other the deeper into the Worldwound I delve.

One of the features I was looking forward to trying out the most was the turn-based combat. Like most CRPGs, Wrath of the Righteous has a real-time with pause battle system as its default. But one of the most popular mods for Kingmaker was turn-based combat, and Owlcat Games decided to build that option directly into its sequel as a result. I much prefer the turn-based system, which worked very well throughout my time with the beta. However, it is significantly slower. During one quest where I had to defend a tavern, it took me over an hour to play through the battle in turn-based mode. When I tried it in real-time, it took 20 minutes at most, and that was with the judicious use of the pause button.

Earlier I mentioned that your character would gain superpowers over the course of the adventure, more specifically, the superpowers are a class-based progression system called Mythic Paths. These do not replace your original class, instead serving as parallel character growth that grants you new abilities the further you go into the story. There are nine to choose from, and include the likes of Angel, Demon, Lich, and my personal favourite: The Swarm-That-Walks, wherein your body becomes a collection of locusts. Because Mythic Paths are not beholden to classes, they add another layer to the already robust character creation. As a Rogue, taking the Trickster Mythic Path may make the most sense, but why not take the Azata path and coat yourself in flowers that damage the enemy every time they attack you?

Elsewhere, there are plenty of small improvements that do much to improve Wrath of the Righteous’ overall experience. The camera is now fully controllable, replacing the fixed isometric perspective from Kingmaker. You can now mount different creatures, including dinosaurs, and make use of a new progression system for animal companions. And the atmospheric weather conditions make the world itself feel more alive and engaging.

That is not to say there weren’t problems. As a beta, it’s expected that there will be plenty of technical issues present that are going to be sorted out for the final release. And let me tell you, there are a lot of bugs. I was unable to end my turn on my first combat encounter, necessitating a restart. The in-game cinematics were rarely smooth, with the animations looking like they were pulled from a stop-motion film. A recurring bug saw characters only able to move inches at a time in turn-based combat, which was frustrating.

Technical issues aside, what is clear to me is that Owlcat Games are on track to surpass Kingmaker with Wrath of the Righteous. The new features expand upon ones already introduced, adding to the game’s complexity whilst still smoothing over the issues that dragged Kingmaker down. With only a few months to go before release, Pathfinder: Wrath of the Righteous is an RPG I can’t wait to see more of.