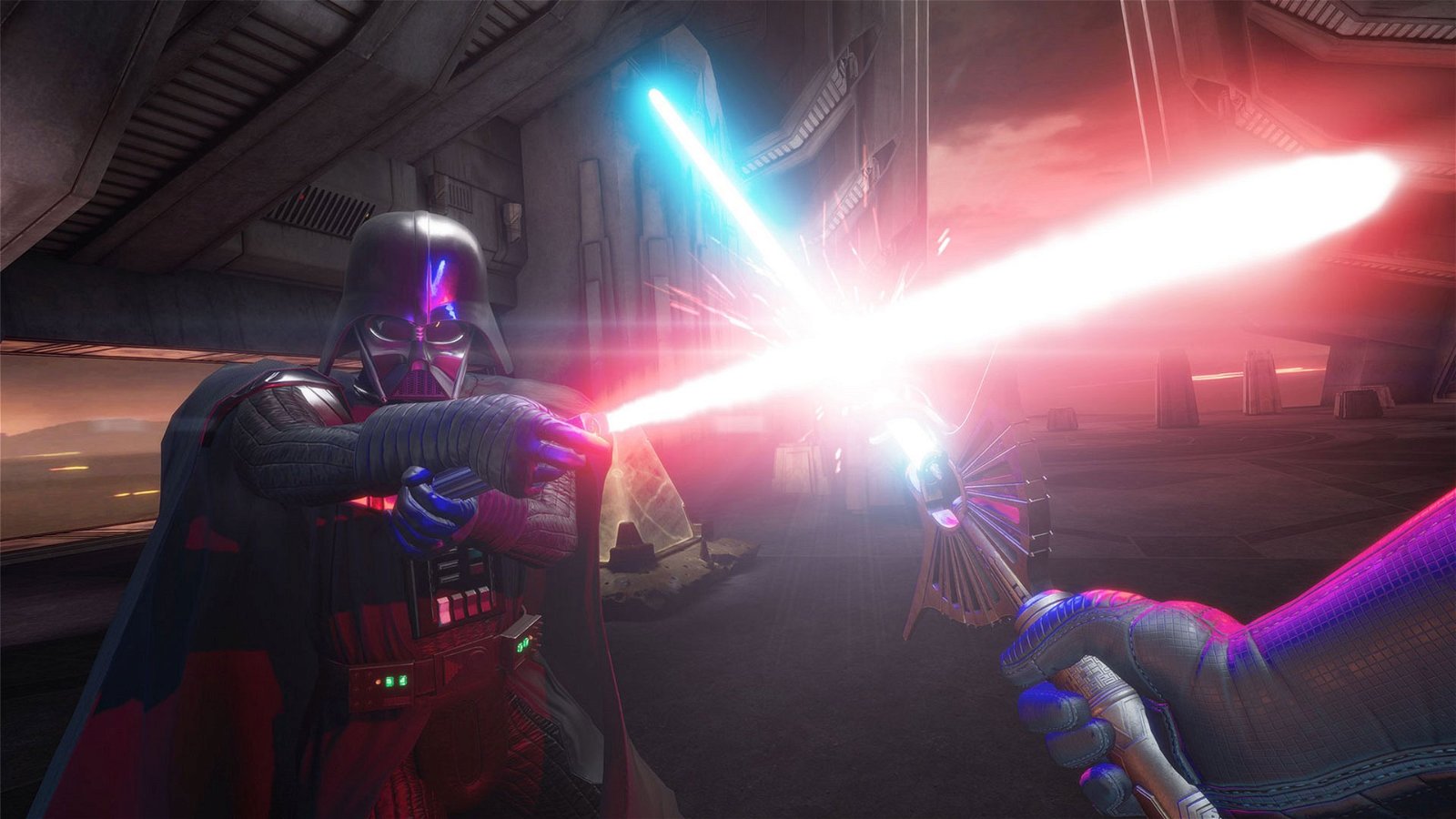 Vader Immortal: A Star Wars VR Series is now available as a physical release for the PSVR. It also comes as a special edition, with developer ILMxLab packing a number of bonuses exclusive for PSVR players. The disc includes all three episodes of Vader Immortal, along with physical postcards showing off the game’s art.

According to distributor Perp Games, the special edition saves most of its goodies in digital form. PSVR players get access to an artbook which shows off some early concepts of Darth Vader’s castle, Mustafar and other assets featured in-game. The artbook also contains some developer facts by writer Kelly Knox. Players might also recognize actor and comedian Maya Rudolph, who features in an exclusive behind-the-scenes snippet as ZO-03. In VR, players are surrounded by the Star Wars universe in a first person view. Objects, characters and creatures are also rendered in full size, giving fans a chance to see them as replicas.

We reviewed the entire season of Vader Immortal when it was first released on the Oculus Quest in 2019, calling it “the best Jedi simulator to date.” Players are treated to a short, but heavy narrative driven adventure set between Revenge of the Sith and Rogue One. It’s also a canon story which ties directly to The Rise of Skywalker.

The main campaign centers on a smuggler who is captured by Imperial forces over the mysterious planet of Mustafar. After a few close calls with Darth Vader, they quickly learn the ways of the Force and fight to escape. They also get a chance to check off some Star Wars wishes, including a jump to hyperspace, killing a Ranchor and fighting Darth Vader himself.

Of course, Vader Immortal excels at lightsaber combat in VR. Players across the story will be wielding Star Wars‘ most iconic weapon to fight stormtroopers and Mustafar’s other deadly creatures. Each saber comes in true 1:1 scale, while players can build a whole collection in the game’s replayable Dojo mode. This is where players take on waves of enemies using their saber and Force powers, with a reward driven progression.

The special physical copies of Vader Immortal: A Star Wars VR Story launched are expected to hit store shelves across the week. It also comes at a reduced price of $22.99 USD. Players can also get it immediately as a digital download over the PlayStation or Oculus store.