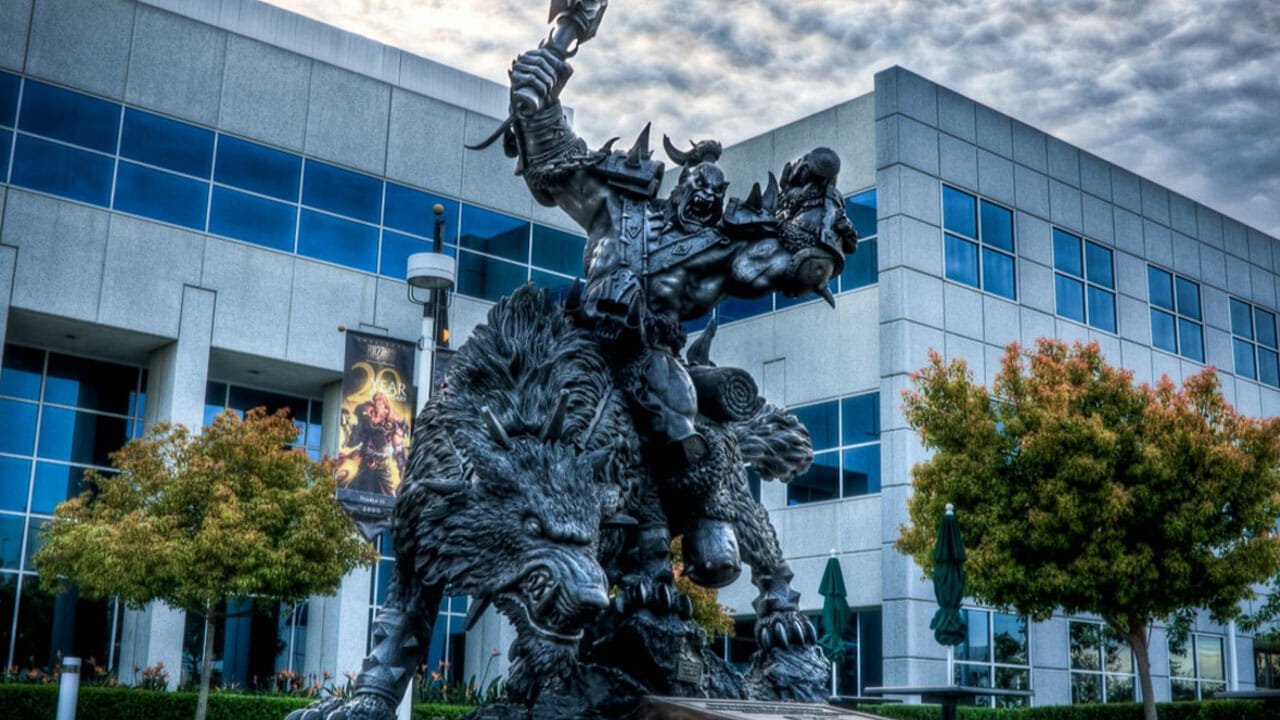 Activision Blizzard employees are speaking out against the company’s response to the ongoing labor lawsuit, which includes allegations of sexual harassment and rape.

We covered the lawsuit and the brave employees that have been speaking out and sharing their stories on Twitter while the lawsuit and documents from the case have been trending. The investigation has been in progress for two years and accusations ranging from women being underpaid and passed up for higher positions to being subjected to ‘cube crawls,’ which featured male employees overindulging in substances and harassing female employees as they tried to work.

The allegations are horrifying. They’re also unsurprising. It feels like the video game industry is constantly grappling with serious workplace allegations. And now nearly one thousand Activision Blizzard employees are speaking out against the company’s response to the ongoing lawsuit.

The full letter is as follows:

“To the Leaders of Activision Blizzard,

We, the undersigned, agree that the statements from Activision Blizzard, Inc. and their legal counsel regarding the DFEH lawsuit, as well as the subsequent internal statement from Frances Townsend, are abhorrent and insulting to all that we believe our company should stand for. To put it clearly and unequivocally, our values as employees are not accurately reflected in the words and actions of our leadership.

We believe these statements have damaged our ongoing quest for equality inside and outside of our industry. Categorizing the claims that have been made as “distorted, and in many cases false” creates a company atmosphere that disbelieves victims. It also casts doubt on our organizations’ ability to hold abusers accountable for their actions and foster a safe environment for victims to come forward in the future. These statements make it clear that our leadership is not putting our values first. Immediate corrections are needed from the highest level of our organization.

Our company executives have claimed that actions will be taken to protect us, but in the face of legal action — and the troubling official responses that followed — we no longer trust that our leaders will place employee safety above their own interests. To claim this is a “truly meritless and irresponsible lawsuit” while seeing so many current and former employees speak out about their own experiences regarding harassment and abuse is simply unacceptable.

We call for official statements that recognize the seriousness of these allegations and demonstrate compassion for victims of harassment and assault. We call on Frances Townsend to stand by her word to step down as Executive Sponsor of the ABK Employee Women’s Network as a result of the damaging nature of her statement. We call on the executive leadership team to work with us on new and meaningful efforts that ensure employees — as well as our community — have a safe place to speak out and come forward.

We stand with all our friends, teammates, and colleagues, as well as the members of our dedicated community who have experienced mistreatment or harassment of any kind. We will not be silenced, we will not stand aside, and we will not give up until the company we love is a workplace we can all feel proud to be a part of again. We will be the change.”

Mike Morhaime, former president and CEO of Blizzard, issued an apology on Twitter last week saying, “After reading so many of the experiences that have been shared over the past few days, a lot of the common themes scream out – ‘I was conditioned to think it was normal’, ‘I never spoke up for fear of reprisal’, ‘I didn’t trust HR’, ‘nothing was going to change anyway’ – on and on it goes.”

He continued and added, “I’m left feeling the same shock, disgust, and answer that many of you are – and having trouble reconciling the place I knew, loved, and worked in for so long …”

His full statement takes up two pictures of text in the tweet and there’s a lot to unpack. One part that echoes long after reading, especially when considering the industry’s long history of toxic workplace culture was when Metzen said he wasn’t there enough to “ask, to listen, [or] to hear these stories when it mattered.

Greg Street, a former lead designer for World of Warcraft, also tweeted an apology. Street was recently featured in a video from Blizzcon 2010. In the video, a panel of devs openly joked at the expense of a female audience member who was earnestly asking if fans could have some female characters that “don’t look like they stepped out of a Victoria’s Secret catalog.”

There were initially loud cheers from the audience until the booing started. And then came the behavior from the panel itself.

“Which catalog would you like them to step out of?”

Before one panel member says, “… we feel you and we want to vary our female characters. Absolutely uh, so yeah, we’ll pick different catalogs.”

It was a simple request for clothing and armor that felt true to the character and her journey. The fan looks so crushed as she walks away.

Street’s Twitter apology focuses on how hard it can be to see and hear the audience members asking the panel questions, saying “… I feel terrible now seeing the look on her face. I have more experience now answering questions live, but no doubt that won’t be my last shitty answer. I apologize for those as well as for this one.”

His apology ends with Street saying, “I find the video embarrassing and I apologize to the player who asked the question and all others who were disappointed with our “answer.” I think there are more important voices that we need to hear right now. But the video can be a reminder that we can be better.”

Activision Blizzard has largely remained silent in recent days, including the company’s social media channels. The employees however continue to fight back, calling on the company’s leaders to improve conditions for everyone, but especially the most vulnerable employees, including women, trans women, and nonbinary people.

A walkout is scheduled for July 28, with employees protesting against conditions and focusing on themselves. In a statement to Kotaku, an employee rep stated, “We are encouraging employees to take whatever time off they feel safe to do. Most of us plan to take the full day off (without pay), but we understand some people like contractors and associates, and those who are paid less than they deserve, might not have the ability to do so.”

We will continue to provide updates on the protest, responses from Activision Blizzard and its employees, and the lawsuit itself.