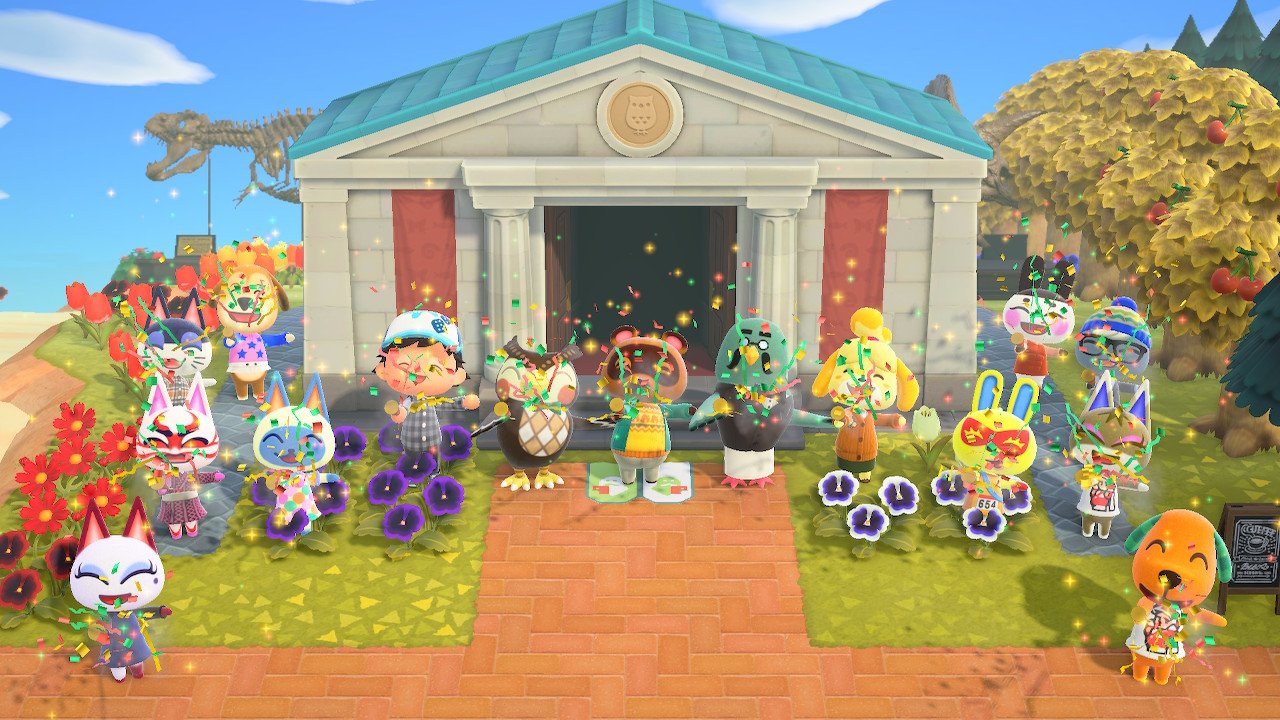 I’ve written previously about the impact Animal Crossing New Horizons had at the onset of the pandemic, arriving as most of the world went into lockdowns and offering a sunny alternate world we could escape into instead. It was a place where we could have some control, be social with digital villagers or real family and friends we couldn’t otherwise visit, and carve out a little slice of paradise.

In a way, New Horizons’ 2.0 update and the Happy Home Paradise DLC have arrived at an equally fortuitous time. The game is now 18 months old and its star is waning, due either to the natural ebb and flow of players’ attention spans, and the slowing pace of new content. For the casual audience, the fad is essentially over, and in many places around the world, restrictions on physical gatherings are no longer necessitating these virtual meeting grounds.

But Happy Home Paradise and the 2.0 update provide plenty of incentive for all players to dust off their save files. Whether you’ve been keeping up with your island diligently, or haven’t touched it in a year, it’s time to return home.

Technically, the free update alone adds enough incentive. Cooking modestly expands the game’s signature DIY element, especially considering the work involved in generating its ingredients—finding starters for the new plants you can grow is a side-quest in itself, and maintaining your crops is a new daily task if you want to keep a steady flow of produce.

“Animal Crossing New Leaf players sorely missed the standalone café and will surely be glad to have coffee pitstops added, but unfortunately, it seems this feature is a touch shallow.”

One of the most requested additions is that of Brewster and The Roost, a café which can be added to the Museum once players have made a considerable number of donations to its exhibits. Animal Crossing New Leaf players sorely missed the standalone café and will surely be glad to have coffee pitstops added, but unfortunately, it seems this feature is a touch shallow.

The addition of Amiibo functionality allows you to summon your favourite characters from across the series, but the only reward is a handful of dialog. Judging by reports from time-travelling players, the mini-game where you could prepare orders for villagers appears to be missing as well. It’s better than not having the café at all, however.

Similarly, the stretching minigame lacks depth and could use more variety, but stands as an amusing way to spend a minute or two each day. Villagers’ interactions have been expanded as well, enabling them to visit your house or invite you to theirs if you crave more ways to bond.

Harv’s Island saw a considerable expansion, transforming into a feature that most players will likely utilize daily. With enough bells, players can create a permanent commune for the otherwise travelling merchants who visit the islands. What was once a destination I’d rarely visited is now a daily pilgrimage. The merchants’ expanded inventory and ease of access is a huge quality-of-life increase.

Speaking of expanded inventory, Animal Crossing New Horizons now boasts a staggering 9000 new items… or so I’m told, because the Nooks and Ables on my island are still selling virtually the same items. Aside from the Happy Home Paradise expansion’s store and Nook Miles kiosk, I’ve only managed to obtain new items by interacting with villagers. Randomization remains a weight on the game’s shoulders.

When New Horizons launched, it immediately struck me as a vast improvement to the series’ engine, but over the next two months, I realized that it was somewhat lacking in content compared to New Leaf. Its 3DS predecessor had more interesting and varied item sets—which seemed strange considering the new focus on DIY crafting—and more things to do. Terraforming was the perfect addition, but there was a material shortage.

I’m happy to report that this November update has finally narrowed this gap. Looking at the lists of new items, my imagination was churning with renovation ideas in ways that it hadn’t since the earliest days of the game. Better still, many of the item sets I miss from New Leaf have substitutes available now, short of the Nintendo items.

The paid DLC expansion grafts its own interpretation of another 3DS title, Animal Crossing Happy Home Designer, onto our island adventures. Much like the standalone spin-off title, Happy Home Paradise allows you to design vacation homes for villagers and other NPCS, as well as facilities like a school. In the process, New Horizons’ gameplay value has nearly doubled.

It’s surprisingly refreshing to hop over to the resorts after finishing tasks around your own island. Without the limitations of paying for and securing the items of your dreams, designing homes is really quite fun, especially if you end up designing for a theme or character you like. With the Amiibo support, I started calling back some villagers who I’ve said goodbye to, and kitting them out with sweet retirement homes.

As exciting as the new content is, how much life will it breathe into the game long-term? That remains to be seen. It’s a shame that Nintendo appears to have wound down new content support, as they’ve finally hit the nail on the head. I’d gladly return for either free or paid updates if they were of this calibre.