Anime is home to several iconic heroes: Goku, Monkey D. Luffy, and pretty much the entire Joestar family, to name but a few. On the opposite end of every hero is someone who challenges everything they stand for. Antagonists can make or break a narrative, and are just as crucial to a compelling series as an endearing cast of heroes.

Here are some of the most evil, most sinister, and all-around most captivating villains in anime history. Some spoilers abound, but villains who act as plot twists have been omitted from this list. 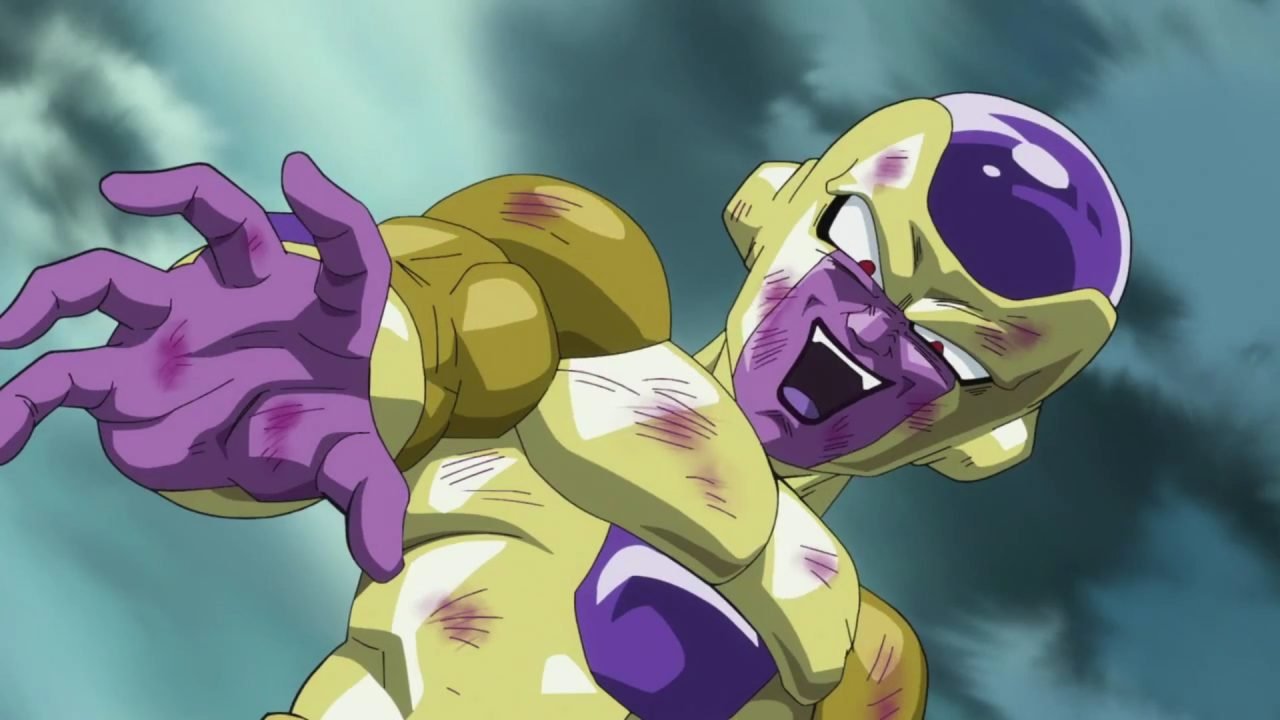 Dragon Ball Z is home of one of anime’s biggest rogues galleries. After all, most of the arcs aren’t named for the narrative or the setting—they’re straight up named after whom Goku and company beat the stuffing out of. And while the life-sucking Cell or people-eating Majin Buu are certainly formidable, they don’t hold a candle to the franchise’s most iconic adversary.

What makes Frieza more downright terrifying than his peers is his steadfast commitment to being a total psychopath. Unlike other villains, he wasn’t engineered in a lab, controlled by an evil magician, or driven from a dying race. He was in it for the power trip, pure and simple, and his quest to gather the Dragon Balls was motivated purely by a desire to crush and subjugate every living thing.

Nothing made this clearer than when Goku offered him mercy. The planet they fought on was about to explode, and Goku gave Frieza some of his Ki energy to help him escape. But instead of taking the second chance, Frieza used the energy to try and fire off one last shot at Goku. To the very end, he was obsessed with victory, even over his own self-preservation. 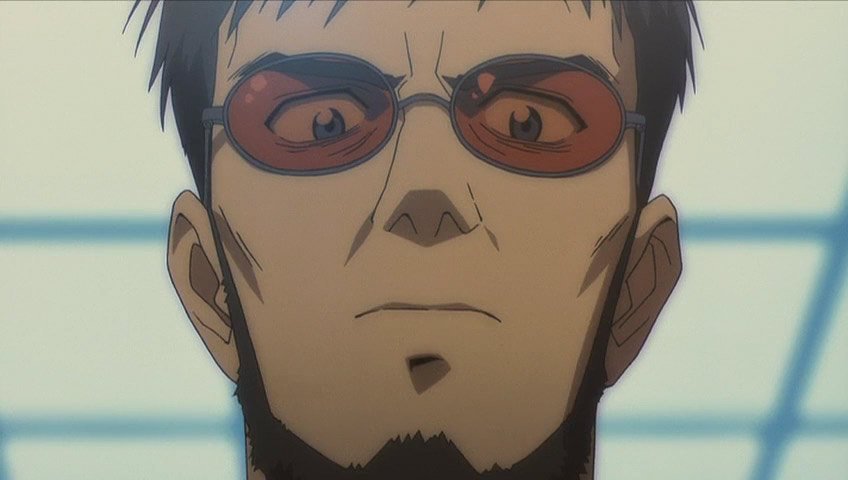 At the outset of Evangelion, viewers are led to believe that Gendo Ikari is merely a neglectful father. Now, that’s bad enough, but it’s only the tip of the iceberg when it comes to this twisted gent. As the leader of NERV, Gendo manipulates fourteen-year-olds into fighting an alien menace and rules everyone with an iron grip. That’s not to mention the ramped-up mistreatment of his son (and main protagonist) Shinji, which turns simple neglect into full-on psychological abuse.

And yet, all of that pales in comparison to the move he pulls near the series’ climax. We learn that he’s responsible for the death of his wife, and he’s now committed to ending the world to bring her back to life. He also slept with a scientist to manipulate her into doing what he wanted, leading to her eventual suicide. He then proceeds to do the exact same thing to her daughter, who ends up meeting an even grislier fate in the conclusion film, End of Evangelion.

A murderous manipulator guided solely by his own selfish whims, Gendo doesn’t even play by the rules of the series’ main group of antagonists. He accomplishes his ends by any means necessary, and doesn’t pay mind to any lives (or cities) he might leave destroyed in the process. A horrible husband, treacherous friend, and evil father, Gendo Ikari is a gleaming example of how not to win friends or influence people.

There’s practically no “good guy” in Elfen Lied. The main heroine is a sociopathic murderer and the supposedly affable male protagonist fosters a romantic relationship with his cousin. Even children are made to look like gleeful murderers and abusers. The cast is rounded out by assassins, child molesters, and all sorts of other bad people. At the center of it lies Director Kakuzawa, a top man in the government.

In charge of a program experimenting on “Diclonius,”—creatures that exhibit deadly telekinetic abilities—Kakuzawa oversees some deeply unethical methods of research. Stuff like torture, assault… you know, standard scientific procedures. This is on top of corrupting his own daughter into an unrecognizable, immobile creature who can read the future.  Which, somehow, doesn’t hold a candle to him ordering scientists to mate with imprisoned Diclonii against their will to produce new species. Ick.

His grand plan is to use these “half-breeds” to overthrow humanity, then take control of them to rule over this new world order. You see, he’s a pure-blooded Diclonius, and wants to wipe out what he perceives to be a lesser species, while asserting dominance over his genetic relatives. And while that’s not entirely new for an evil plan, forced reproduction and child murder are some of the worst atrocities any villain on this list has committed. 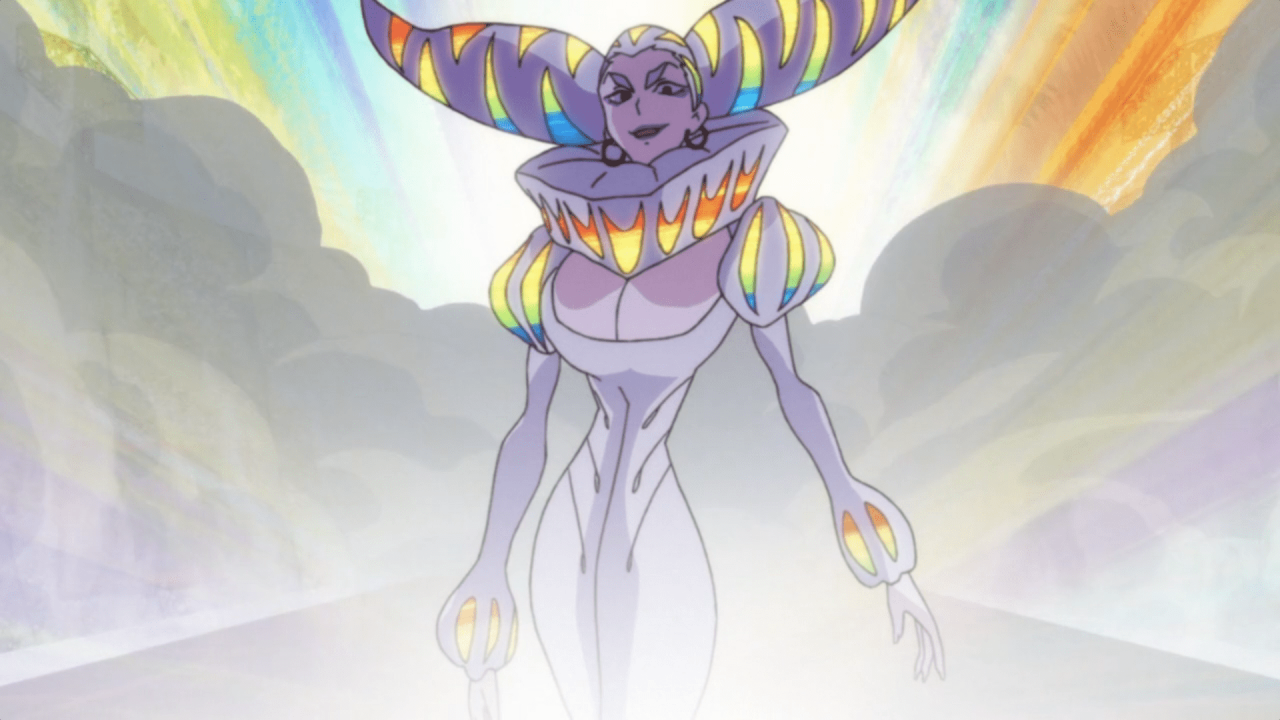 It takes a special kind of mother to withhold the existence of a sibling from her other children. It takes a whole other kind to withhold the fact that said sibling lived with the husband that she killed. Ragyo is that kind of mother, and then some. The rainbow-haired villainess is obsessed with control and dominance—not to mention relinquishing control of earth to a race of aliens.

Ragyo shows no restraint in her manipulations and power trips. She builds up trust with people just to get what she wants, has no qualms about experimenting on infants with superpowered clothing, and, oh yeah, made sexual advances on her own teenager daughter just to assert power over her. She’s like a toxic combination of Frieza and Gendo; manipulative to no end and obsessed with power, with a little bit of “incestuous creep” thrown in.

Kill La Kill takes a much more interesting turn when Ragyo takes over as the primary villain halfway through the show, and for good reason: she’s compellingly evil. You’re never quite sure how low she’ll sink, or to what lengths she’ll go to retain control of her power and her pride. These qualities make the final confrontation between her and her two daughters infinitely compelling. Her own flesh and blood team up to put an end to the woman who has pitted them against each other for their whole lives. It’s a gratifying, cathartic final showdown with a villain who knows no limits.

Mass media can be a dangerous thing. Millions of people consuming a singular message can be manipulated by that very message, whether it’s delivered through films, literature, or music. Macross Plus shows this threat through the AI program Sharon Apple, who is basically a proto-Vocaloid.

Sharon is a virtual idol who’s all the rage on the colony planet Eden. She’s a singing hologram who’s had her voice programmed by a former singer who’s all but given up on her pursuits of stardom. Her music holds the populace in thrall by the millions. But when it turns out part of Sharon’s AI is based on an illegal chip, she goes berserk. She starts hypnotizing her fans en masse and turning the rival protagonists even more against each other than they already were. Once guided by a program intended to entertain, she now exists solely to wreak havoc and turn people against each other.

The overall point of Macross Plus is that becoming obsessed with mass media can be dangerous, and that artificial intelligence is risky business. The example of a critical design flaw creating such a malevolent being is fascinating. The entire Macross brand emphasizes music as a means of positive energy, but Plus is one of the rare instances of it being used by a villain to enslave a populace. It’s an inventive plot device that gives way to one of the most memorable anime villainesses.

This is a list that could practically go on and on. We haven’t even gotten to Dio Brando or Shinobu Sensui, after all! But these five villains represent a whole spectrum of evil, all of them with different motives and methods to carry out their plans. That’s what makes them stand out, and that’s what makes them some of anime’s most memorable adversaries.