Get ready to charge up your spirit bomb, as Dragon Ball Xenoverse 2 will be hitting North American shelves in 2016.

Announced today by BANDAI NAMCO, the sequel to the most expansive Dragon Ball game to date is currently in development at famed Japanese developer studio DIMPS, who were behind the first Dragon Ball Xenoverse. It will feature a new hub city and a swath of other features including more character customization. The game will be available for PS4, Xbox One, and PC.

A trailer was also released with the announcement, which you can watch here: 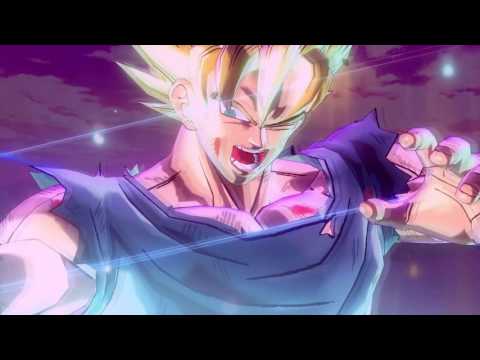 “The Dragon Ball franchise is a crown jewel and a perennial fan-favorite of BANDAI NAMCO Entertainment’s robust anime videogame portfolio and DRAGON BALL XENOVERSE 2 will build upon that illustrious legacy.” said Eric Hartness, Vice President of Marketing at BANDAI NAMCO Entertainment America Inc. “With DRAGON BALL XENOVERSE 2, we’re working diligently with the DIMPS team to pull out all the stops and push the Dragon Ball videogame experience to new heights.”

Further details about the game will be made at this years E3, happening between June 14 and June 16.