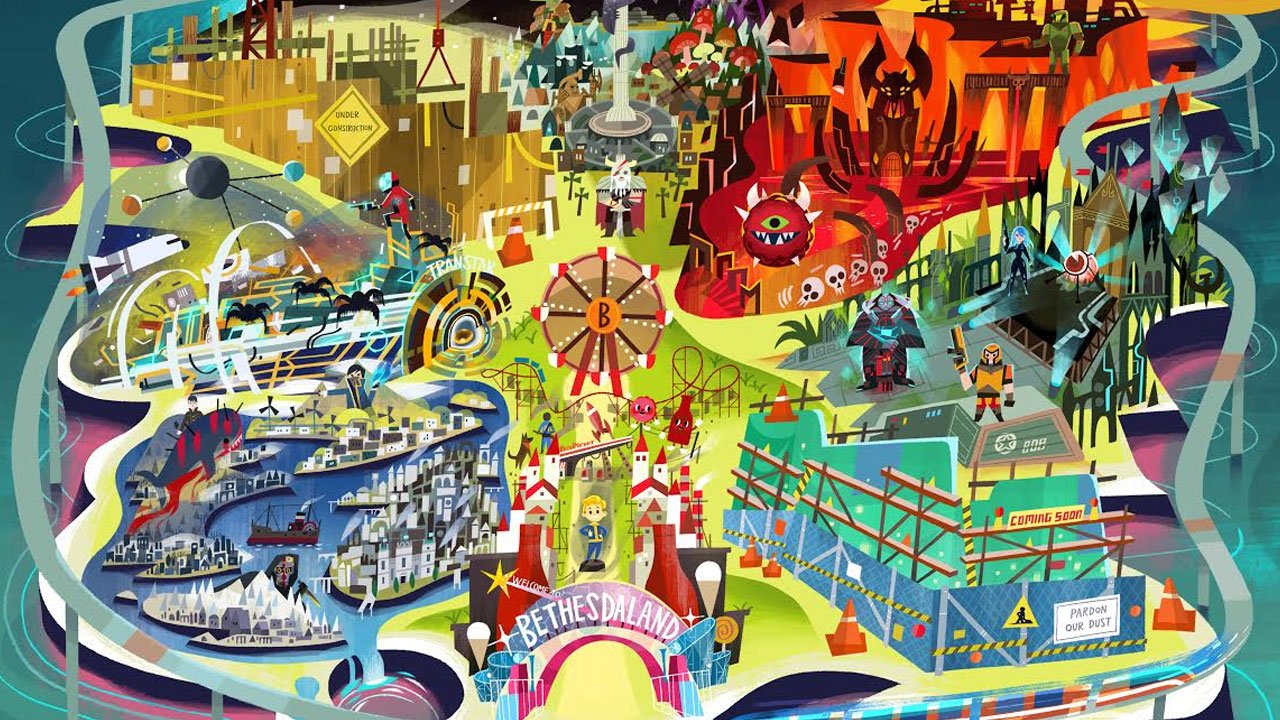 Bethesda is known for making some big announcements at E3, and for the third year in a row, they are running their own press conference.

Last year at E3 2015, Bethesda ran their first major press conference, and they are following this trend at this year’s E3. The show is poised to outline what the future will look like for the now major game publisher. From Doom, Prey, Dishonoured 2, and Fallout 4, Bethesda are known for making some major announcements at these press conferences, and if the teaser image released is anything to go on, this year is no different.

Last year Bethesda showcased their card battling game based in the Elder Scrolls world titled The Elder Scrolls: Legends, along with the Quake revivals, and a series of VR Demos with Fallout 4 and Doom, but little is known on what they will show off this year. From the teaser, it is clear they are poised to release details on at least two new titles, although it is unclear what these could lead to. You can watch the live stream here, and follow our live blog where we will list all major details as they unfold. Liveblog Will start at 6:00 PM PST, so stay tuned for all the reveals.