E3 2016 has come and gone, bringing with it an expected barrage of exciting announcements and excellent demos both on the stage floor and behind closed doors. Sony and Microsoft had quite a lot to show, from the colorful Cuphead and stunning Horizon: Zero Dawn, to more speculative titles like The Last Guardian. Plenty of doubt and pessimism still hover around the long-gestating PlayStation exclusive. With hundreds of games played and covered, there are always a handful of titles that stand out from the rest, games that are trying out interesting new things from both a gameplay and storytelling perspective. Heck, some are just highly enjoyable to play. These are the winners of  CGMagazine’s E3 Awards for 2016. 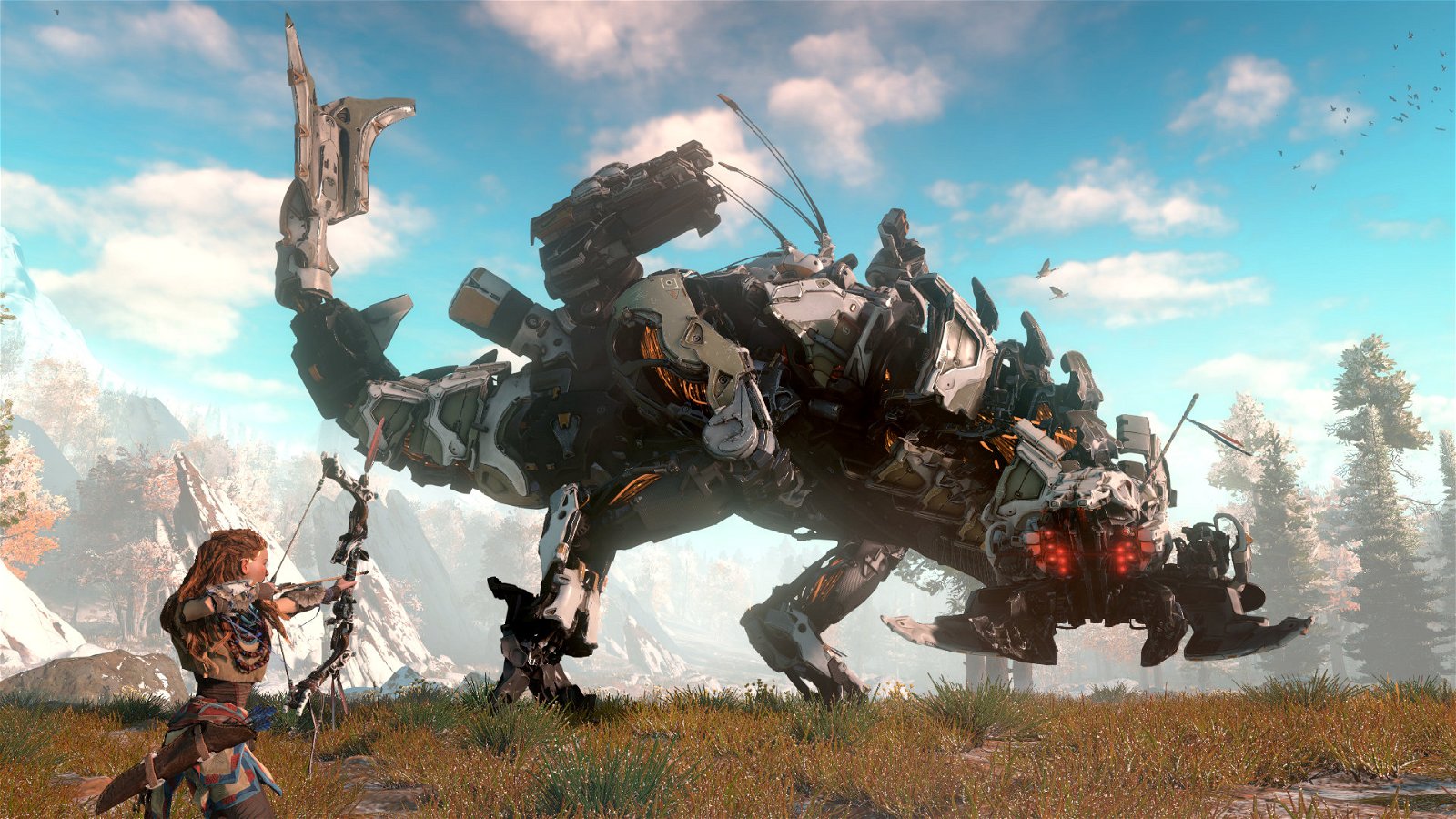 This is Horizon’s second straight E3 appearance after it made its debut at last year’s conference, and its second appearance in our E3 Awards. The premise seems fascinating — a post-apocalyptic world littered with advanced scientific technology, from hulking mechs to powerful weapons ripped straight out of a sci-fi flick. The main protagonist and the groups of villagers trying to hunt and survive in this world live like prehistoric cavemen. We got a little bit more information concerning the game’s mechanics, as it’s now been confirmed it has dialogue trees and a variety of ways to level up your character. Its world is stunning and seems quite large as well. The game definitely has potential, and we’ll find out soon enough if Guerrilla, a studio that has only worked on Killzone, is able to deliver a great PlayStation role-playing game with quite a few grand ideas. 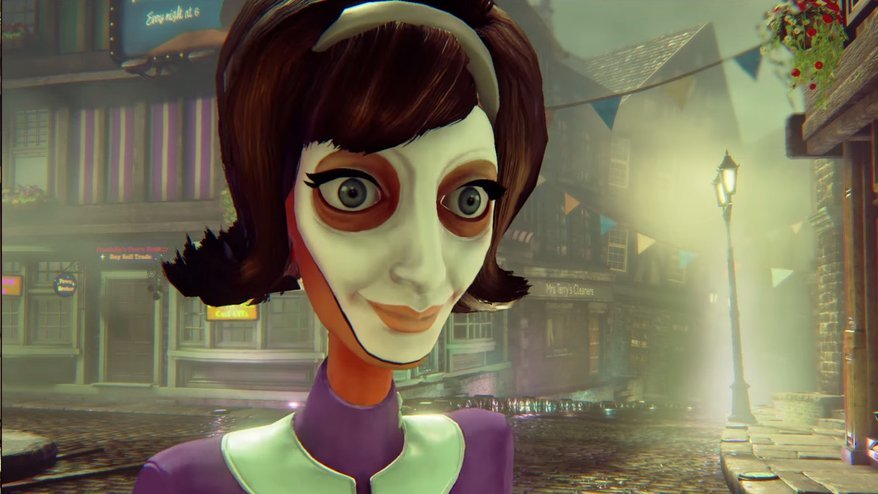 We Happy Few follows a person who works as a redactor (someone who erases unhappy stories from newspapers, records, and other various forms of media) in the game’s dystopian world. Everyone living in this world has to take a pill called Joy to keep them from feeling depressed. It’s an interesting idea, and developer Compulsion Games seems to be channeling its inner-Irrational Games. We Happy Few is being continually compared to BioShock, mainly due to its gorgeous aesthetic and unsettling world and characters, making it an easy win for Best Indie Title in this years E3 Awards. 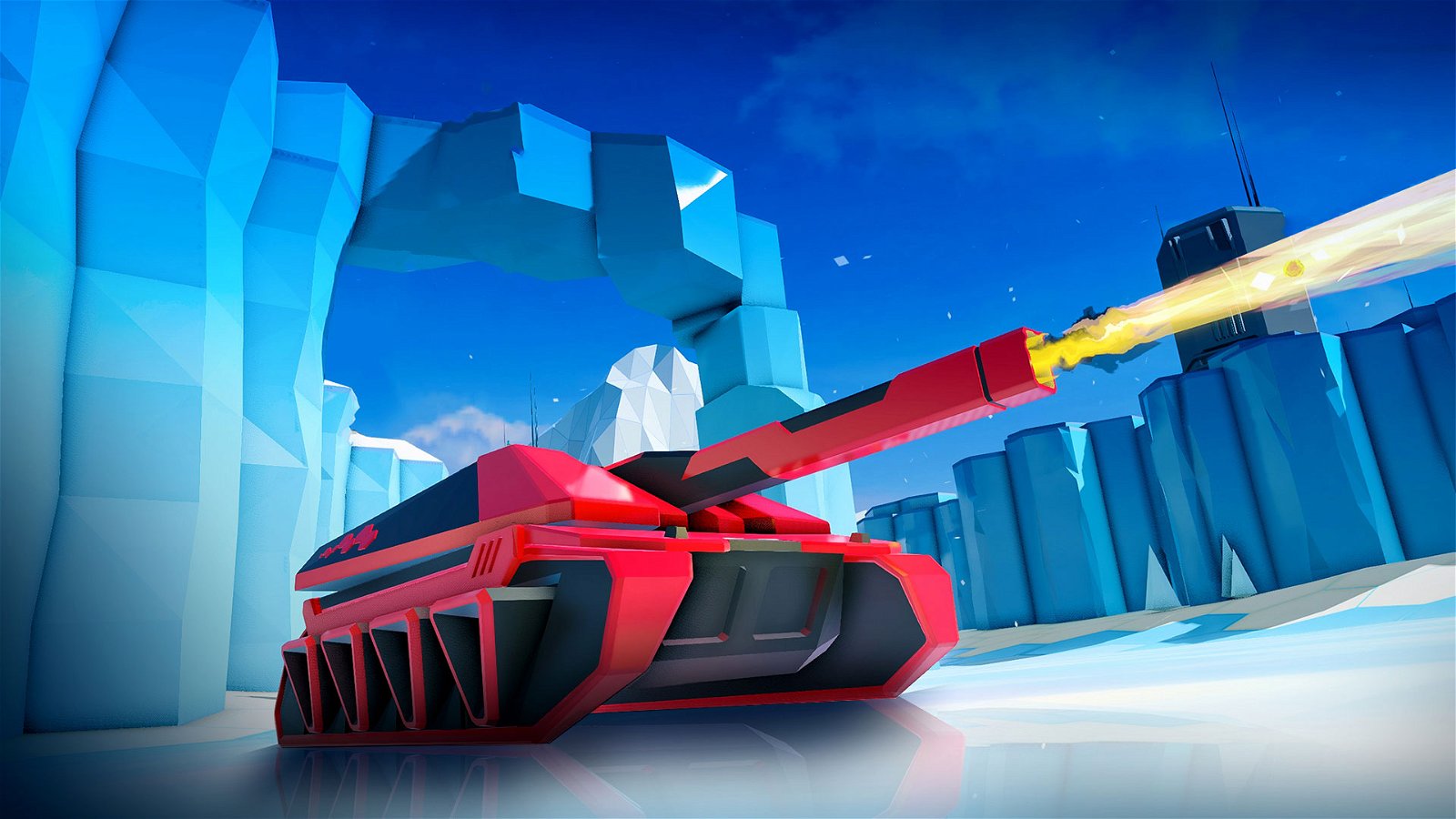 Even though Battlezone is a long-running series, making its debut in arcades decades ago, VR brings a fresh new approach to this title. Best VR Game is new to our E3 Awards, and Battlezone is the title we’re most excited about. It’s essentially a first-person tank shooter, and the series’ transition to virtual reality is excellent. With a stunning art design that features bright neon colors, enjoyable and addicting gameplay, and exciting VR technology, Battlezone is easily one of the most anticipated VR games releasing soon. 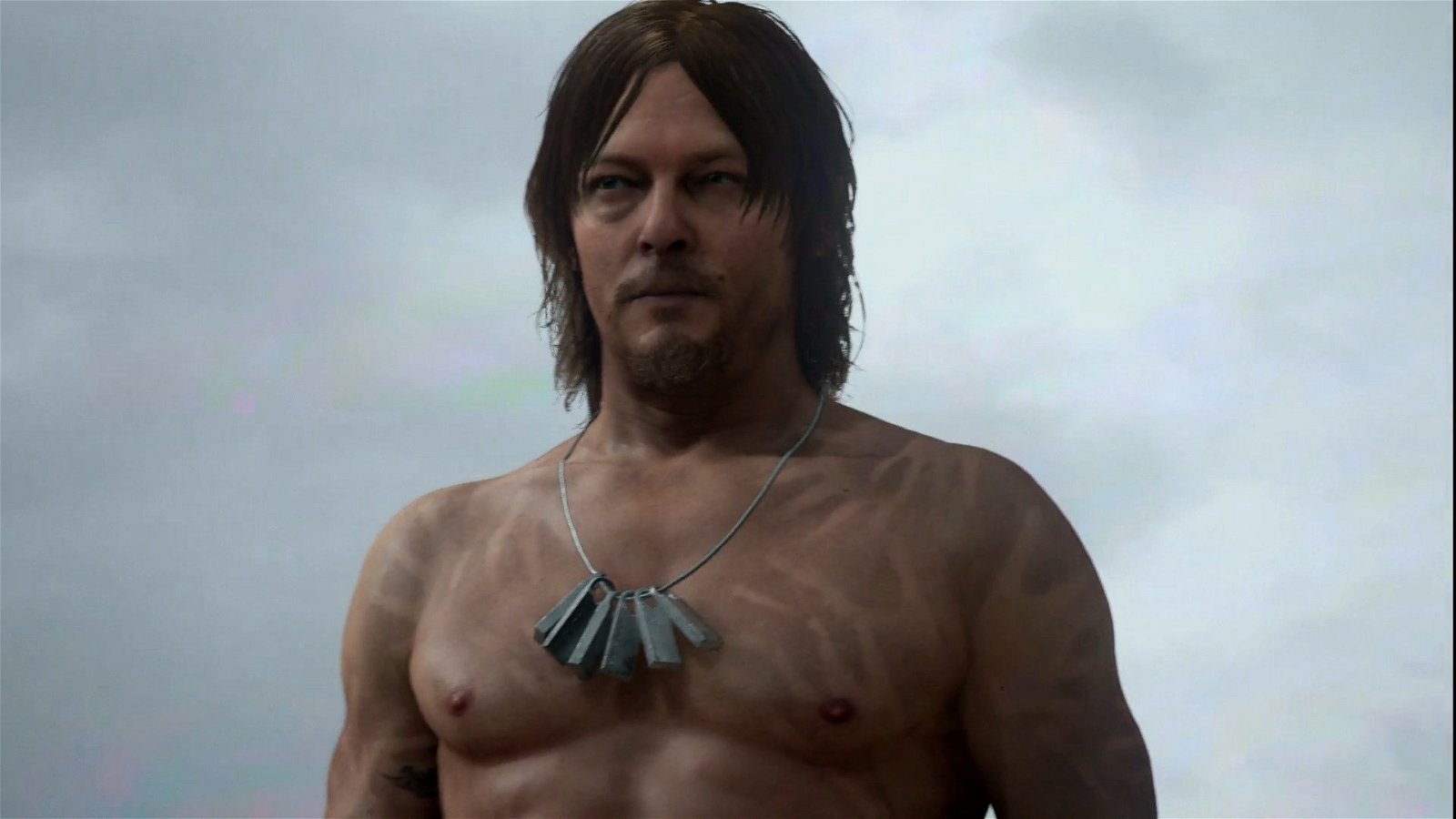 Hideo Kojima came out on Sony’s E3 stage and was met with loud applause and cheers. Then he decided to reveal his upcoming PlayStation 4 exclusive, much to everyone’s surprise. Death Stranding is exactly what you’d expect from Kojima, who finally has the creative freedom he’s been craving. Norman Reedus butt naked with a strange invisible baby and umbilical cord attached to his body is just pure insanity. Coupled with a great song, Death Stranding easily had the best trailer at the show, and was our pic to add to our E3 Awards. 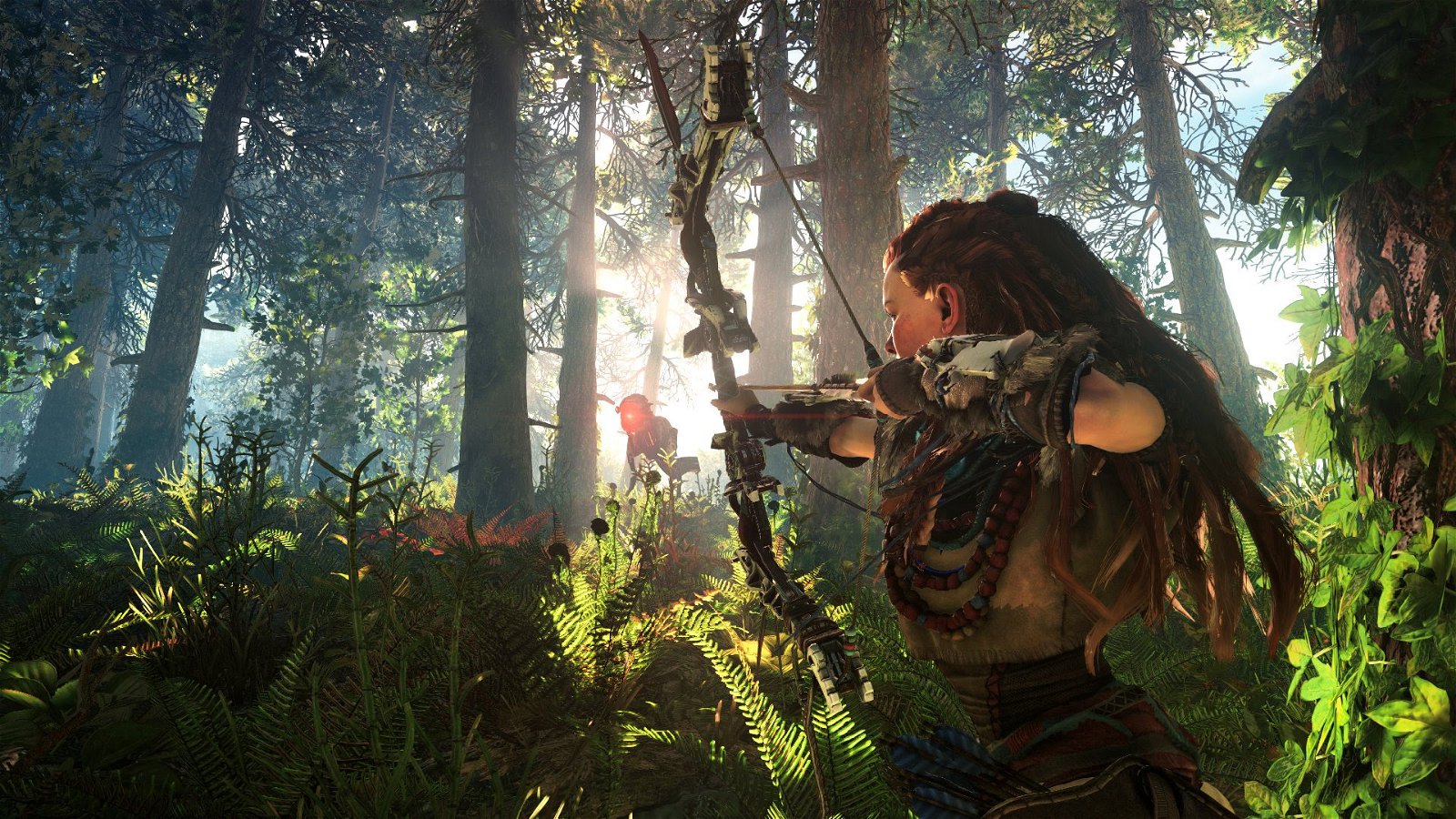 Horizon makes another appearance in our E3 Awards as the best console exclusive on the PlayStation 4. Sony had a strong showing, with titles like The Last Guardian, Spider-Man, Days Gone, God of War, and Detroit: Become Human all making an appearance. But given just how far along (and actually playable) Horizon is, alongside its promising gameplay and interesting story, it beats all the aforementioned titles. 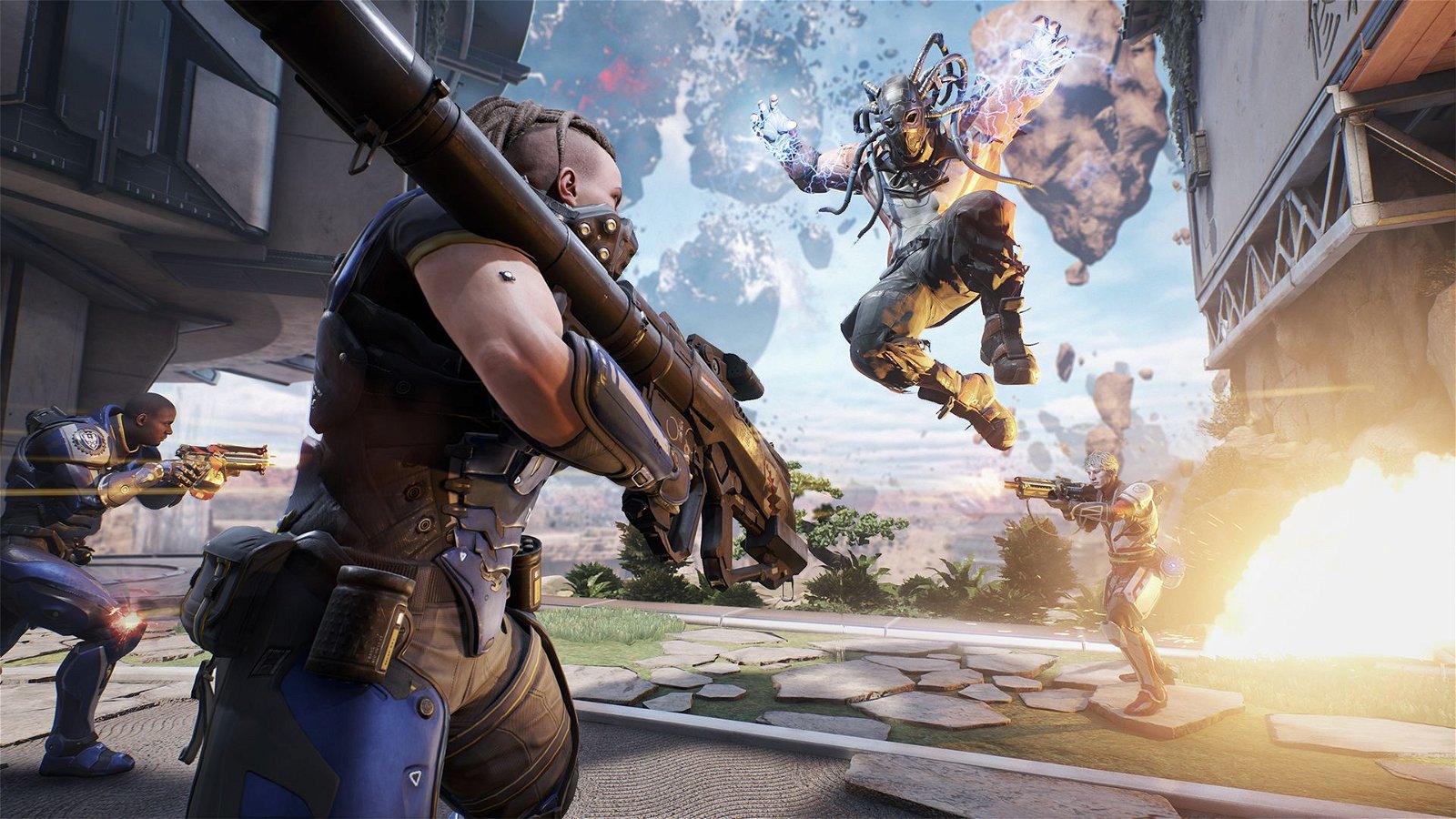 Cliff Bleszinski is heading development on sci-fi shooter Lawbreakers, and it has a cool gameplay twist. It’s a Cops vs. Robbers arena-based mutliplayer shooter where gravity will often cease to exist, opening up a slew of clever level and gameplay designs. It’s also fast-paced, with nearly all playable characters moving at lightning quick speed. 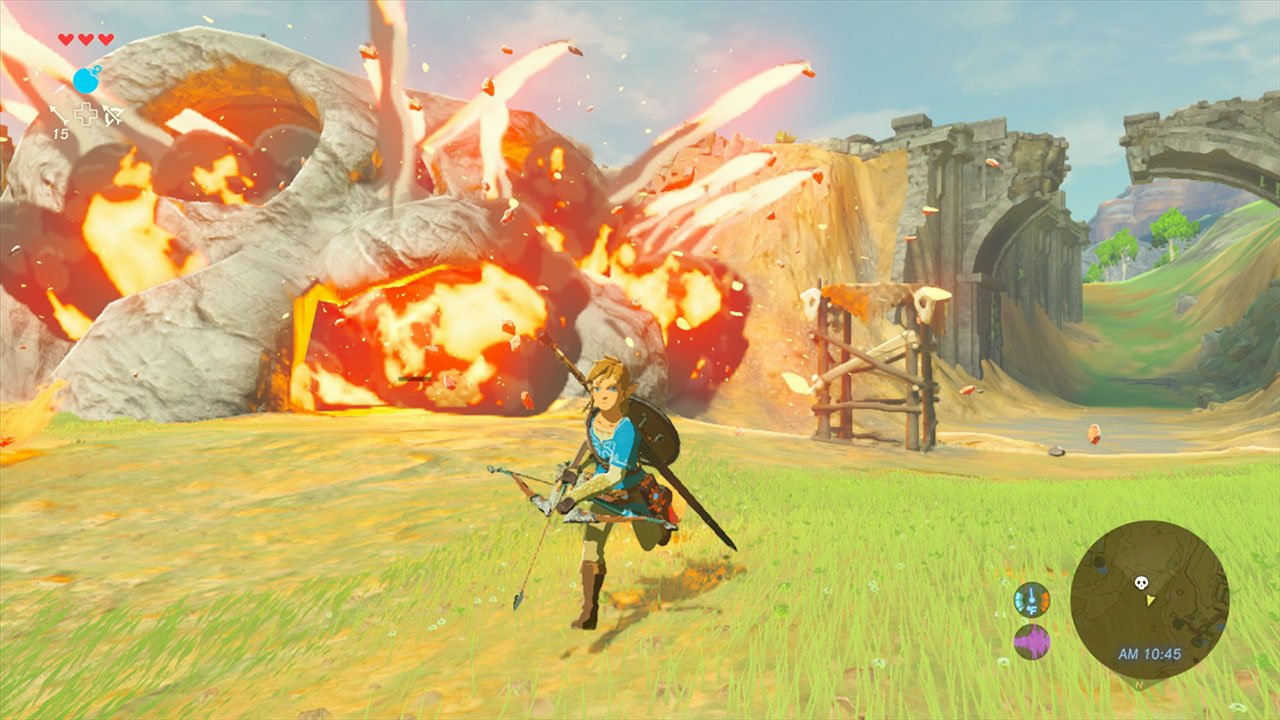 Was there ever any doubt? Nintendo’s only real presence at the show floor of E3 this year was the upcoming Zelda: Breath of the Wild. It’s promising the first truly open world Zelda title with little handholding, and the complete freedom to go anywhere and do anything. Breath of the Wild is looking to finally change up the Zelda formula, and so far, it’s doing a damn fine job. 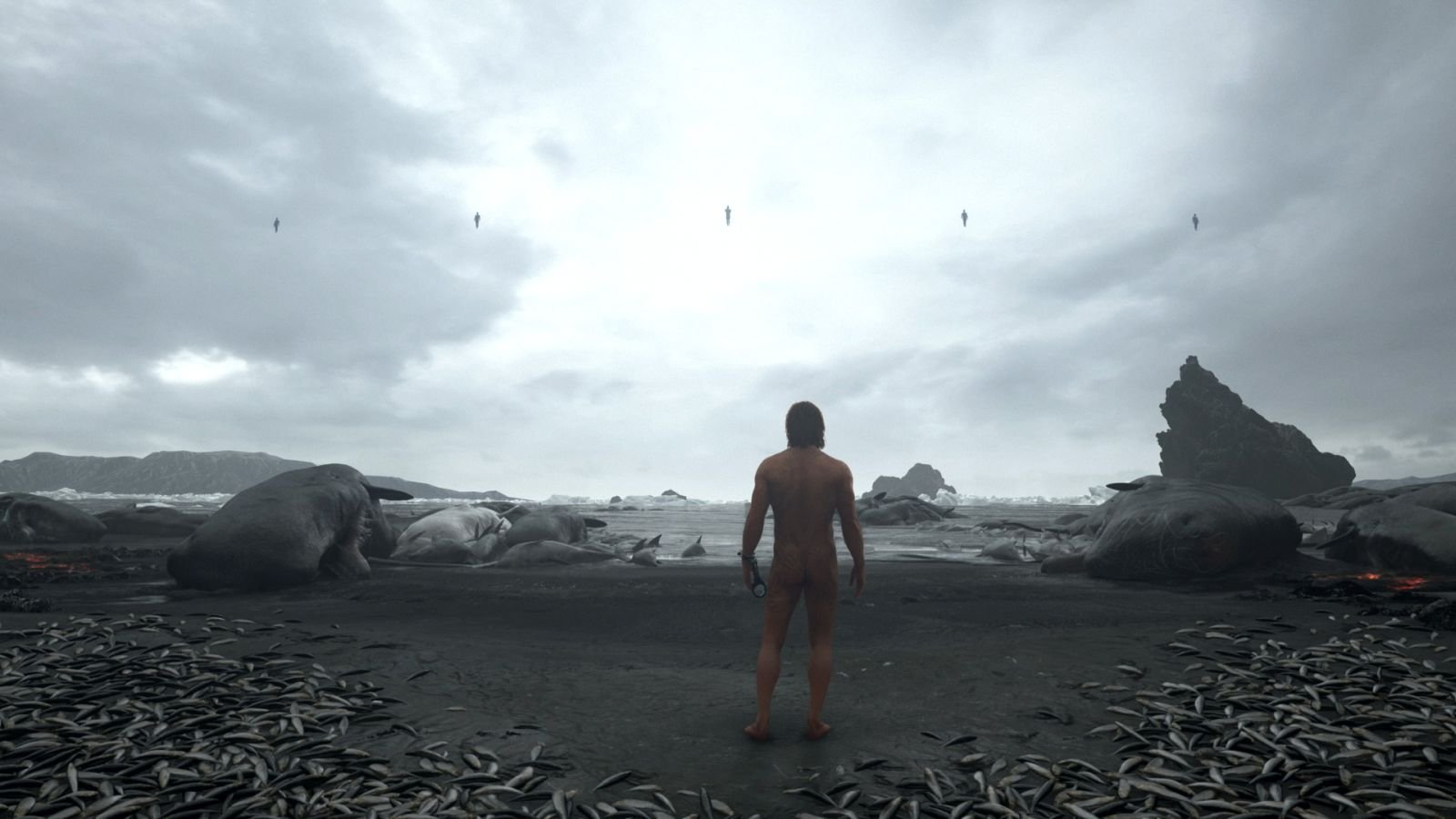 Death Stranding is also our Biggest Surprise winner in our E3 Awards list as well. It’s been made public that Kojima is indeed working on a new IP, and is officially signed on with Sony for the time being. But given how recent Kojima’s departure from Konami was, alongside the formation of his new studio, no one expected an official new game announcement from him. But it happened, and shocked quite a lot of people. 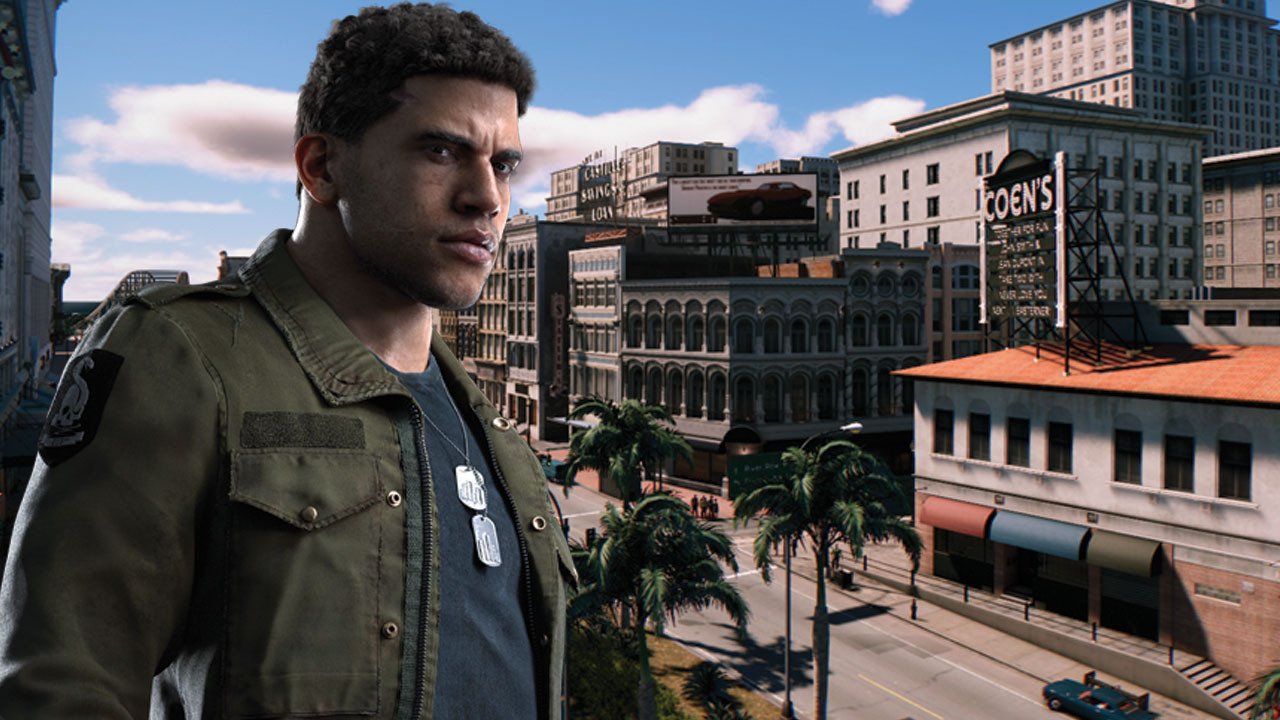 2K, the publisher of games like Mafia III and Battleborn, had an actual live band playing groovy, jazz-like songs in its E3 floor space. If live music just wasn’t enough, then 2K’s recreation of Mafia III’s 1960s-inspired architecture and setting just might do the trick. It was lovingly remade in the form of a few stunning structures. 2K went all out. 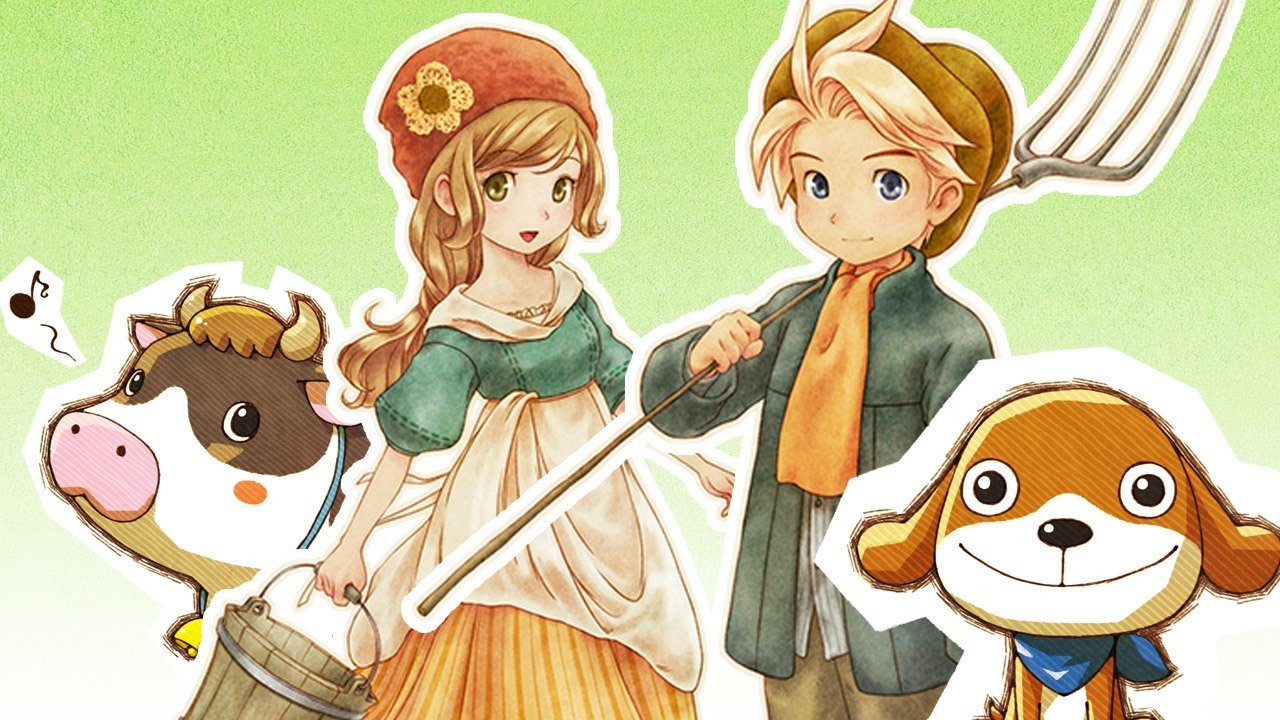 The addicting and quirky simulator Story of Seasons (also known as Harvest Moon) is making its transition to mobiles in excellent fashion, and our Best Mobile winner in this year’s E3 Awards. The character customization, town exploration, and addicting farm simulator gameplay is intact. It’s more of the same, but why change something that’s already pure unfiltered fun? 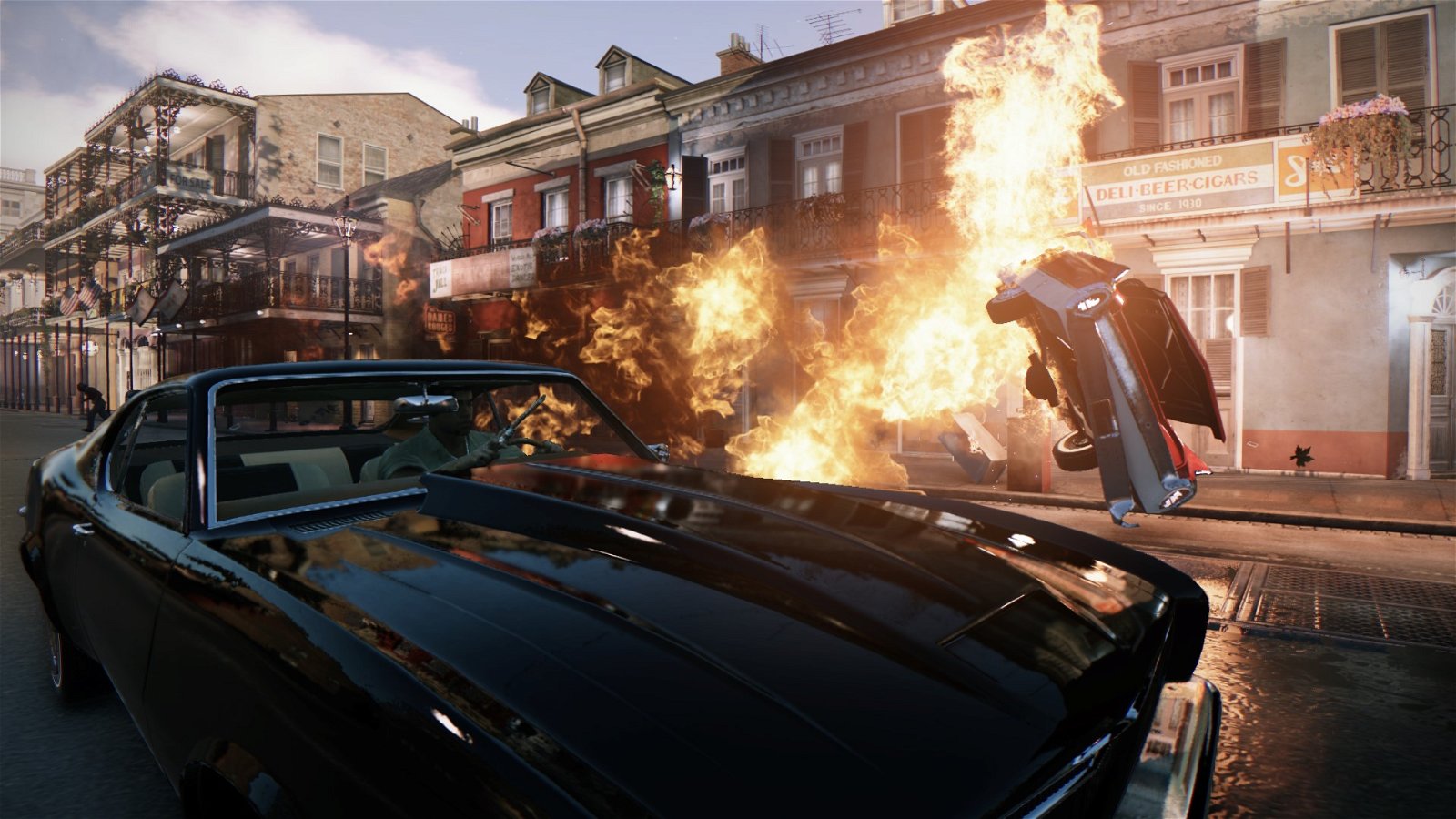 Mafia III has a lot going for it. The stylized and unique 1960s New Orleans setting; the potential for a mature and topical story about racism in America; an interesting protagonist; a panoply of classic songs; the much improved driving mechanics; and gameplay involving sit downs with your allies and combating enemy gangs could all make for the best game yet in the long-running series.

While it might seem like a slightly surprising pick, Forza Horizon 3 is shaping up to be one of the best arcade racers releasing this console generation. As already mentioned, it has stunning vistas and enjoyable gameplay. But the promise of a slew of different content, including both off-road and on-road racing and crazy events, alongside a bunch of beautiful cars (from sports cars to buggies), makes Forza Horizon 3 our Best in Show at E3 2016.