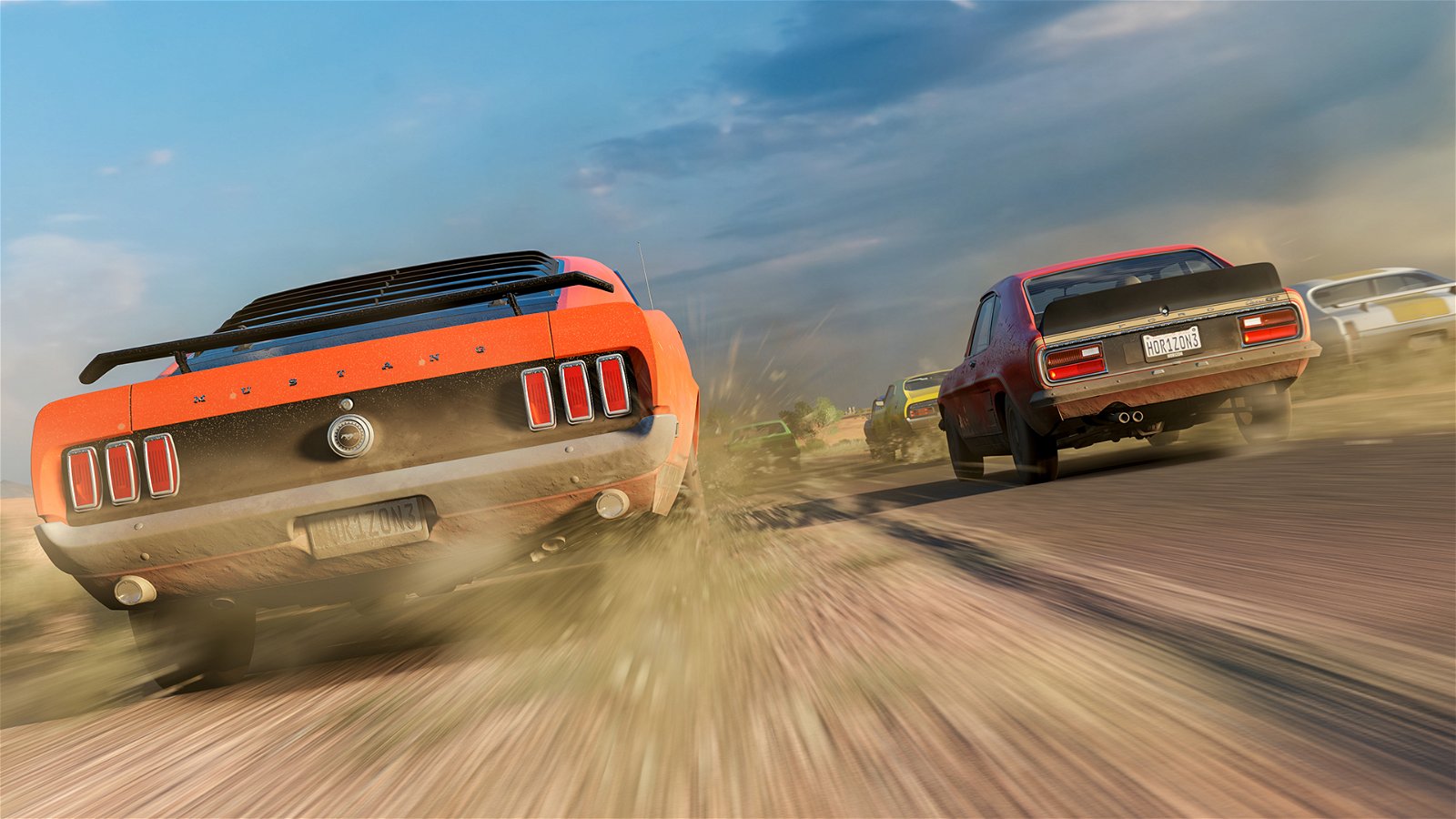 After seeing the Forza Horizon 3 trailer at Microsoft’s press event, I was intrigued. The concept of the series moving on from its roots as a street racer and embracing off-road driving appealed to me. Not to mention it’s the first in the series available on PC, and features cross play compatibility. It seemed just fresh enough to be a significant leap for the franchise.  Now that I’ve actually had some time with the game, I don’t think it’s quite as ambitious as I initially thought. Still, it looks to be a good step for the series.

The first thing I noticed when viewing Horizon 3 (mainly because they stopped the demo to point it out) was the gorgeous sky. Normally, a detail like that is something I wouldn’t dwell too much on, but the team at Playground Games actually spent a lot of time designing the clouds, how they move and the weather patterns. In fact, the studio spent some time in Australia with a camera capturing it. Everything on the camera was replicated in-engine, which possibly makes it the most realistic skybox in a videogame. I was even told that it was an actual re-creation of the Australian sky a year ago.

That wasn’t the only new addition, however. A new “Blueprint” mode where players can build their own challenges and share them with friends has been added. There is the possibility of some challenges going viral, and Playground Games confirmed they would handpick some to highlight as well. You’ll need a good soundtrack to go along with that, though, so a whole new set of radio stations was also added. This includes new punk and hip-hop stations along with one that allows players to import their own music.

I managed to actually get my hands on a demo later that evening, and came away impressed. Driving along the Australian coast in a Lamborghini while “Clearest Blue” by Cvrches plays in the background was one of those perfect gaming moments I never wanted to end. Unfortunately, it did when I had to switch to an off-road vehicle.  These cars controlled a bit differently, and are made to almost drift around corners making turns. It changes how you drive, but that’s what you want in this genre.

I think the demo itself was a great display of what the game can be, but I found it rather interesting that at the Xbox booth, all the demos were either running on PCs or the new Xbox One S. I spoke to a few representatives about it, and I never got a straight answer. One said it had to do with the HDR, even though none of the TVs can run it, while the other rep said they just wanted to show off what the Xbox One S can do. Both stressed the game can run on the OG Xbox One with little to no difference, but I have a hard time believing that.

I guess I’ll have to wait for that answer. Until I get it, I’ll just take Forza Horizon 3 for what it is, a very beautiful, well-crafted demo with a lot of potential to be a very good game. With new additions and a twist to the typical Forza gameplay, I’m excited to play it upon release on September 27.