I haven’t reviewed Max Payne 3 anywhere, but that doesn’t mean I haven’t wanted to write about it.

In fact, I’m actually pretty glad I didn’t have to try to discuss its good and bad points and weigh them against each other because, by the time the credits started rolling, Max Payne 3 left me with a lot of food for thought that wouldn’t have fit neatly into that format.

The first thing that I noticed when playing the first Max Payne was how committed to its aesthetic  it was. At the time its comic book cutscenes, hammy noir first-person narration and John Woo/Wachowski Brothers inspired slow-mo action scenes were revelatory. This was a game that fully embraced its inspirations, incorporating the double pistol diving of Hard Boiled with the 360 degree camera sweeps of The Matrix. It was also a game about a man who had lost his family to a brutal homicide, a horrific event that remained disturbing in spite of the rest of the story’s tongue in cheek homage to detective novels and comic book villainy. 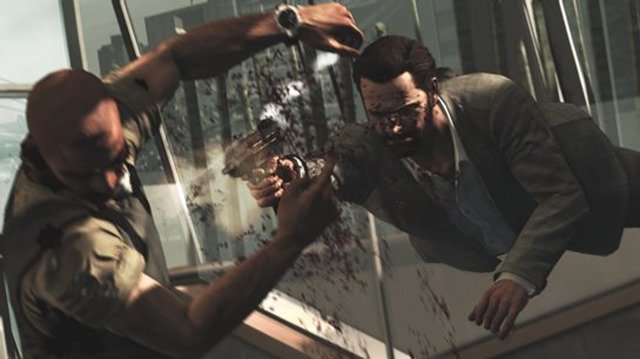 Then Max Payne 2: The Fall of Max Payne came along and furthered everything that its predecessor established. Its tragedy, even within the confines of its still pretty overblown narrative, was really bloody effective. The story of the revenge-bent ex-cop took a turn that hinted at true despair. The player sees Max’s crumby apartment, realizes that he probably has an addiction to those painkillers he’s always popping and sees his new love/one shot at redemption — the equally revenge-obsessed Mona Sax — taken from him in a cruel echo of his origin story.
Where do you go from there?

Rockstar Studios, previously the publisher of developer Remedy Entertainment’s Payne titles, took over the series and spent a long, long time attempting the development of a worthwhile follow-up to a pretty complete story. It would have been easy to go overly maudlin or miss the point of Max as a broken, desperate man in making a sequel to Max Payne 2, but, Rockstar didn’t do this. They took the character to the only place where things could be worse than they had been before. 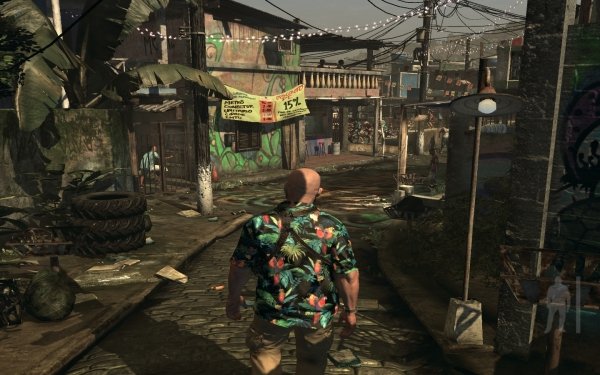 Max Payne 3 sees Max utterly destroyed, never having come back from The Fall that gave Max Payne 2 its name. He has a Bukowski-level drinking problem, has become a hired gun and been forced to flee the United States. Rockstar understood that the only way the series’ drama could be properly elevated was to completely break their protagonist, remove any semblance of him as an officer of the law and place him in one of the most violent slums in the entire world — São Paulo’s favelas. It all works, the story rocketing to new heights that, despite a few sloppy plot twists, effectively examines loss and the concept of justice in a context that goes far beyond anything presented in previous games.

And that goddamned music. The single most impressive aspect of Max Payne 3 — the part of it that sells the writing and visuals — is the absolutely fantastic soundtrack. I like noise rock and I had listened to Health before hearing that they were doing the game’s music, but kind of assumed their contribution would be limited to a new song or two. Instead they approached the game as any composer would treat a film, crafting a moody score that lends as much to the game’s atmosphere as its visuals and dialogue. Rockstar’s crafty implementation of this work takes the songs even further. The late-game airport scene — a scene where Max has emerged through several ringers and is moving forward only by sheer determination to capture the men responsible — is the best example of this. Health’s Tears artfully fades in and out along with the player’s battle, underscoring the momentum of the scene and pushing the climax of the game to its breaking point. It’s a scene reminiscent of the best musical moments of Red Dead Redemption: that unexpected arrival of José González’s Far Away while players guide John Marston over the border into Mexico. It’s a moment that cements Rockstar Games as the developer that best understands how important a soundtrack is to a title’s mood and just how powerfully music can be implemented in interactive entertainment.

Sure, the cinematic pacing Max Payne 3 aspires to can be plagued by the same problems Simon Parkin detailed in his Eurogamer Uncharted 3 review: the player can feel as if they’ve interrupted the action by failing a gunfight rather than helping a great scene to move forward. But this failing is forgivable in light of Rockstar’s accomplishments. Even when I was frustrated with the game’s poor checkpoint system or sighing at the long, immersion-breaking load times (and frequent deaths that spurred those on), I finished Max Payne 3 having experienced something really great — the only sequel to the first two games that would have made sense.