For Honor Preview: Knights Vs Vikings Vs Samurai 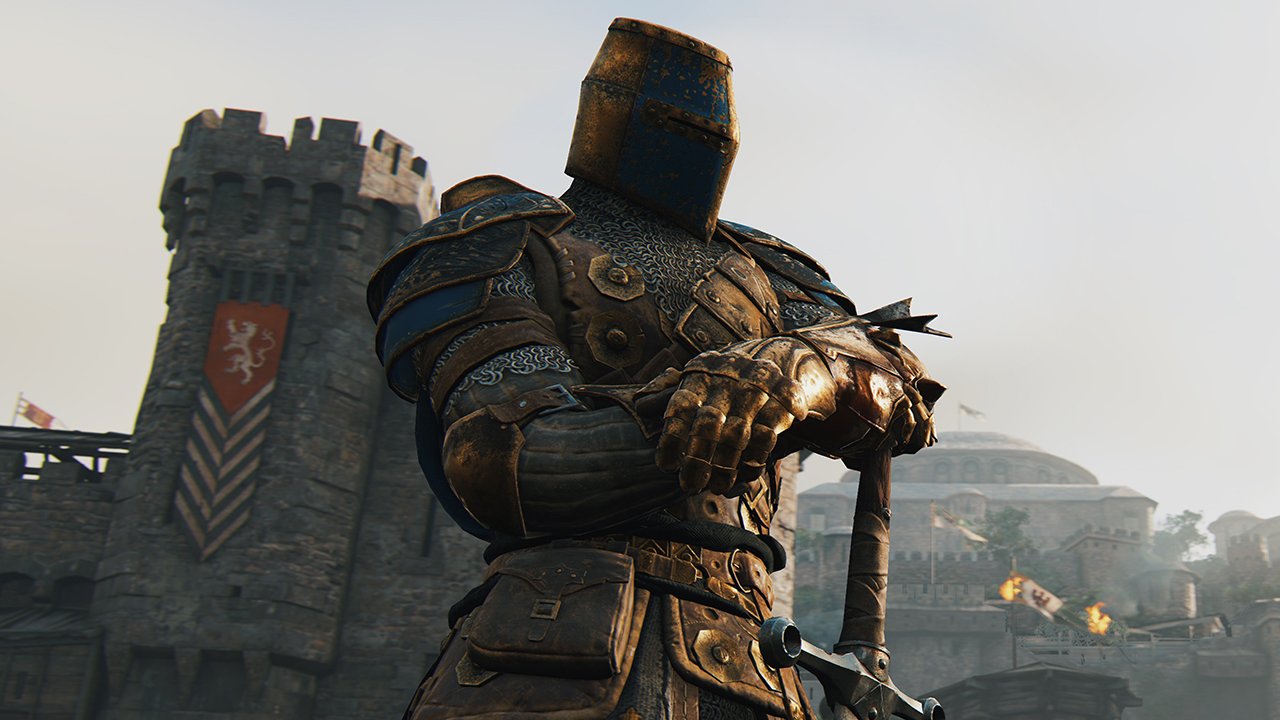 For Honor is an upcoming multi-player focused action game from Ubisoft that pits Knights, Vikings and Samurai against each other in visceral, online melee combat.

The Alpha took place this weekend and CGM was lucky enough to participate.  Now, for the record, this journalist knew very little about the game outside of the above facts. However, a promise that players could hop into the role of a Viking berserker and smash in the heads of a few samurai was enough to garner interest.

One thing this preview won’t touch on are things like framerate issues, speed and success of matchmaking, lag, or various other technical problems. This is an Alpha release, after all, meant to showcase the actual gameplay and system mechanics. If the full release has tons of these flaws we will address them then. Right now, let’s just take a look at what For Honor actually is and how it plays.

Although we have been told that the game will indeed feature a single-player campaign, the beta was multiplayer only and consisted of three out of a promised five modes: Duel, Brawl, and Dominion.

Duel is precisely what it sounds like. You will be pitted in a 1v1 series of matches with another player, with the goal being is to win three out of five matches. The stress and intimacy that comes with the unavoidable confrontation is quite intense, and will immediately feel familiar for anyone that’s ever been invaded in Dark Souls.

Brawl is similar except that now you have a teammate on your side to help you battle another pair. Of course this adds a whole new dynamic to the battle but plays more or less the same as Duel.

Dominion is your standard, capture-point focused match. It features 4v4 gameplay that also includes swarms of AI-controlled minions that attack alongside the enemy players. You pick a side, then attempt to capture and control the three points on the map while simultaneously duelling other players and hacking through hordes of low-level soldiers.

The combat in For Honor is deep. A lot deeper than expected, actually. The amount of combos, counters, guard-breaks, special abilities and unlockable attacks actually make For Honor feel more like a fighting game than a third-person action game.

Each of the various classes (six of which were playable) feature different play-styles, from the hard-hitting and slow-moving Conqueror class to the fast, agile and counter-based approach of the Orochi. There is something for everyone here, and while there is certainly some tinkering that needs to be done to ensure balance, a rock-paper-scissors system allows players to fight the way they want to fight.

The major mechanic in For Honor’s combat system is a multi-directional approach to attacking and defending. Upon locking on to another character, players can use the right stick to adjust what direction they are attacking from—top, right, or left— which is also used to block or parry blows from opponents coming in the specified direction. Being able to switch up stances on the fly is incredibly important to winning an encounter, and using this in conjunction with the various other class-specific abilities (like rushing, unblockable attacks, parry & riposte etc…) makes combat in For Honor a thorough system with plenty to offer fans of everything from Bloodborne to Mount and Blade.

For Honor is like nothing we’ve ever really seen, and is a brilliant niche to create in an over-crowded and over-saturated marketplace. However, let’s not forget who is publishing this game. Unfortunately, For Honor carries with it a lot of Ubisoft’s signature baggage and trends that at this point feel obnoxious, unnecessary, and rather worrying.
First of all, the sheer amount of information that is present on-screen at any time makes the screen look crowded and noisy. Minimaps, location icons, player stats and the like constantly bombard you, and it gets even worse in combat. Unlike some of the better ARPGs and fighters, For Honor uses flashing icons to tell you when and where an attack is coming from and what kind of attack it will be. Reticles flash red in the direction of a sword blow, telegraphing the direction and type of attack in an exaggerated manner that immediately shatters any immersion. Rather than studying the movement of an enemy to anticipate their next move, the game essentially yells at you in giant red symbols. It gets to the point where you’re not even watching the actual game, merely reacting to on-screen prompts like a dance game. It makes sense that Ubisoft would be aiming to reach a wider audience and help people learn the game, but besides feeling like overbearing hand-holding, it distracts from the stellar combat visuals and takes you right out of the experience.

The other worrying issue is the unlock system. Like every major multiplayer game since Call of Duty 4: Modern Warfare, For Honor features an experience point and currency system that lets players customize and progress their character’s moveset and equipment. Unfortunately, as we’ve seen in the past with games like The Division, this does not bode well for a skill-based game as it may eventually descend into a “fee-to-pay,” pay-to-win scenario. This might not be the case with the full release, but with Season Passes already on the table and the fact that we’ve seen this kind of thing a million times before, it seems pretty likely the player with the biggest wallet will have the most fun and win the most matches.

For Honor is a bit of a mixed bag right now. The fact that a game like this actually got made is pretty awesome, but it seems like the fabulous combat and innovative approach to a modern multiplayer game will be dragged down by terrible, fun-sucking industry trends like microtransactions and season passes. The game also seems like it would benefit tremendously from being stripped down to a more immersive, intuitive approach. Less is more—take away the eye-numbing mess of information and flashing neon button prompts and let players figure it out for themselves. On the other hand, how many other games allow you to jump into the shoes a Norman Knight and cave in the skull of a Katana wielding Samurai?

File Under: For Honor, Ubisoft