Fight To Survive In “For Honor”

We were given a taste of For Honor at last year’s panel with multiplayer action, but this year, Ubisoft dropped some details and showed us the single player aspect of the game.

In a world torn asunder, both physically and with its people, the campaign will see you take on three roles: Either as a knight, a samurai, or a viking, to unite your people and take what you can to survive.

Footage of a viking raid was shown off, where they commence a ship landing against a samurai outpost. Our player storms the gates against multiple enemies before engaging in combat with a heavily armoured samurai. The viking then rope climbed the walls to further engage the enemy. He then faced off against the leader of the fortress in a battle worthy of the history books. 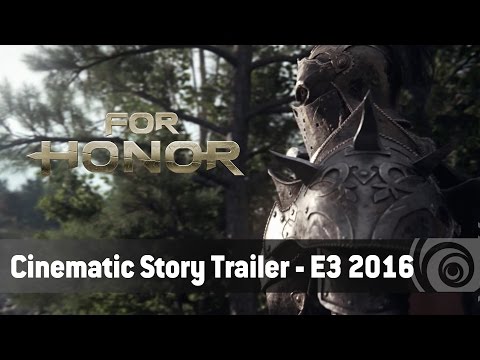 File Under: E3, For Honor, Ubisoft