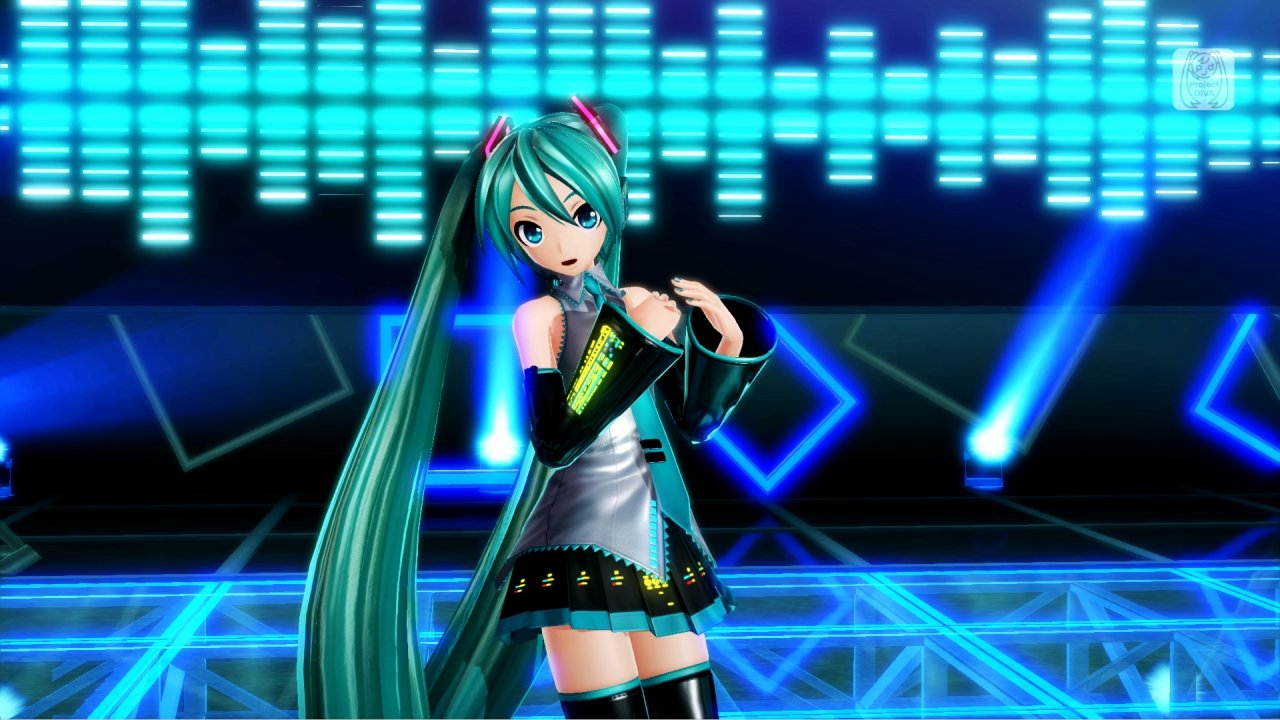 This week marks the release of Hatsune Miku: Project DIVA X, the latest in a line of rhythm games starring Japan’s favorite green-haired virtual idol. If you’re even remotely Internet or meme-savvy, you most likely have at least a cursory knowledge of who Miku is— she’s the leek-spinning anime girl with the love-it-or-hate-it digital voice. But there’s more to Miku than a single viral video. Just like her corporeal contemporaries, she’s appeared in advertising campaigns, amassed legions of adoring fans, and inspired countless other creative works. She even once “toured” with one of the biggest pop stars in the world. But where exactly did Miku come from, and how did she become so popular?

Miku’s story begins with VOCALOID, a computer program created by Yamaha’s Hideki Kenmochi that transforms text into synthesized vocals. The program pulls from a library of pre-recorded voice clips, sung by a “donor,” and melds them together according to the phonotactics of the language selected by the user. In this way, it functions like a text-to-speech program, except VOCALOID produces music instead; in short, the user composes a song, and VOCALOID sings it. The individual sound libraries within the program, or “voices,” are also called Vocaloids, disambiguated in writing by using lower-case letters.

The VOCALOID program debuted in 2004 with a pair of Vocaloids named LEON and LOLA. These early voices sang in English, though as the earliest examples of the technology their output was occasionally unintelligible. Crypton Future Media’s first Vocaloids, the female MEIKO and male KAITO, who both remain popular today, succeeded them. While MEIKO was the first Vocaloid to be advertised using an illustration depicting her appearance, it wasn’t until the second iteration of the software was released that it began to surge in popularity. 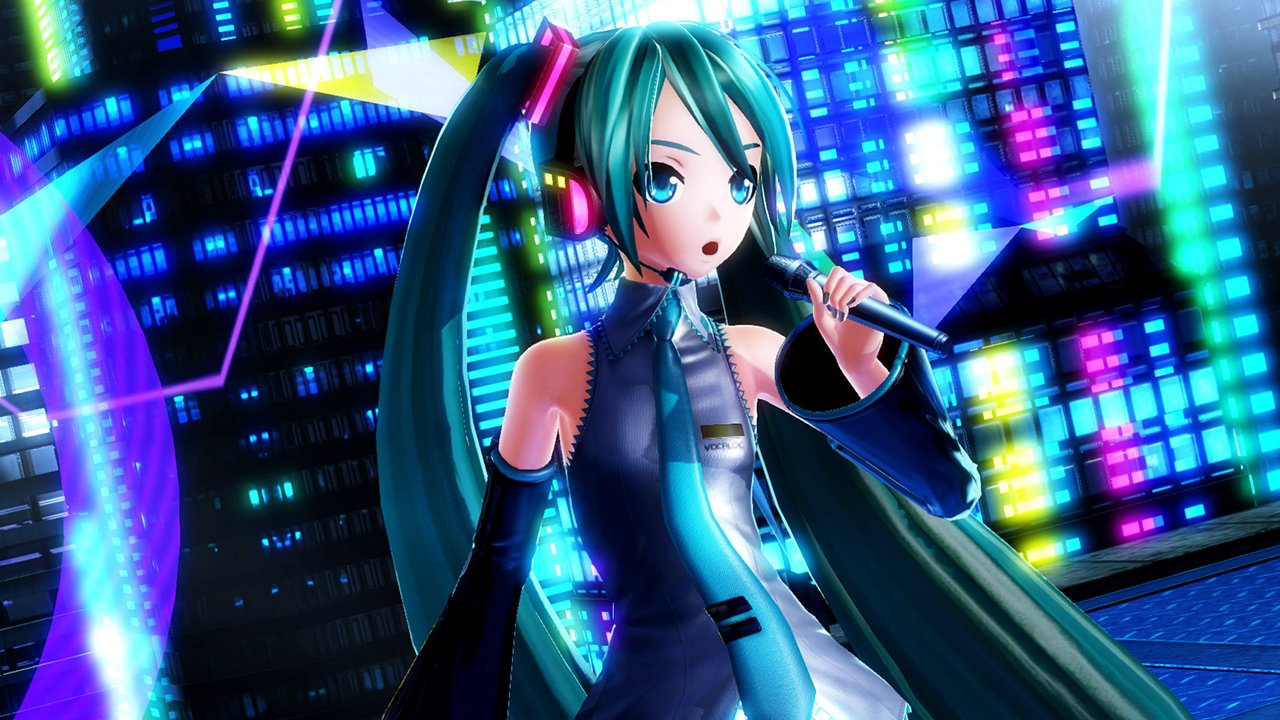 VOCALOID2 debuted in 2007, and with it came the character that would take the world by storm: Hatsune Miku herself. The Japanese characters that make up her name, 初音ミク, roughly translate to “first sound of the future”—a fitting title for the first virtual singer to achieve her unprecedented level of success. As the new face of VOCALOID, the green-pigtailed mascot made use of a higher-pitched sound library that appealed to fans of anime rather than music industry professionals. Crypton made it easy for these fans to license the software for personal use, and before long, Hatsune Miku songs began to inundate Japanese video-sharing site NicoNico Douga. Other Vocaloids such as the deeper-voiced Megurine Luka and hyperactive twins Kagamine Len and Rin were also created around this time, but Miku remains far and away the most popular. VOCALOID3 was released in 2011, improving the smoothness of vocals by replacing monosyllabic utterances with triphones, effectively splitting sounds into vowel-consonant-vowel segments that stitch together more cleanly. VOCALOID4, the most recent version of the software, released at the tail end of 2014 with additional improvements to sound quality.

Miku’s swift rise to e-fame was far from the end of her time in the spotlight. Using a special projection screen, she performed her first-ever “live” concert at the Animelo Summer Live 2009 festival in Saitama, Japan and has made dozens of virtual appearances in the years since. Most of these have been in Japan, with two notable exceptions. In 2014, from May-November, she served as the opening act of Lady Gaga’s artRAVE: The ARTPOP Ball, complete with a cadre of human backup dancers. Later that year, in an appearance that made headlines around the country, she performed on The Late Show with David Letterman. This was especially noteworthy because it served as her debut for a huge portion of the mainstream North American audience. Letterman seemed a bit mystified by the whole segment, but hey—casual scum, am I right? (I kid.) 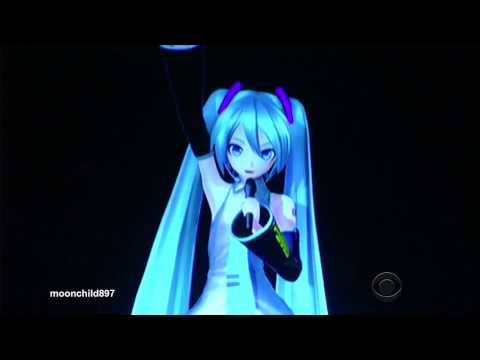 Far more relevant to my interests (and yours, most likely) is the line of videogames that spawned from VOCALOID’s considerable success. Using the likeness of both Miku and her cyber-siblings, SEGA developed the Project DIVA series of rhythm games. These games task the player with tapping buttons to the beat of fan-made Hatsune Miku songs while a music video plays in the background. The first of these released exclusively in Japan for the Sony PSP in 2009, and was followed by a number of sequels for the PSP, PS3, arcade, PS Vita, mobile platforms, and most recently, PS4.

Though the series garnered considerable interest in Japan, the first Project DIVA game to reach North America was Hatsune Miku: Project DIVA F/f (the ‘F,’ capitalized for the PS3 version and left lower-case for the PS Vita version, standing for ‘future’) in March 2014. This was followed by the domestic release of its direct sequel, Project DIVA F 2nd, in November of that same year. The series seems to be doing fairly well abroad, if their rapid release schedule is any indication. A 3DS spin-off called Hatsune Miku: Project Mirai DX was the next to release in September 2015. While it retained the same rhythm gameplay as its predecessors, Project Mirai utilized a “chibi” visual style, with semi-deformed characters including the officially recognized “Mikudayo,” a diminutive caricature of the star Vocaloid herself. This leads us to the most recent title in the series, Project DIVA X, slated to launch for PS4 and PS Vita on September 30th.

It is worth noting that Miku’s influence in the gaming world extends beyond her own game series. In SEGA’s Yakuza 5, players can win Miku dolls in UFO catcher machines, marvel at Miku snow sculptures around town, and face off in Miku-inspired dance battles against rival gangs. Dungeon-crawling RPG 7th Dragon 2020 and its sequel, 7th Dragon 2020 -II-, both feature opening songs composed by Japanese artist sasakure.UK and sung by Miku. Even discounting direct references, shades of Miku are discernible in unexpected places. The recently-released Tokyo Mirage Sessions #FE features a character named Tiki, an “Utaloid” who makes waves as a virtual idol complete with her own singing software. Similarly, Caligula, a PS Vita RPG slated for North American release in 2017, is centered on a group of students trapped in a virtual reality by an all-powerful vocal program that eerily resembles Miku if she had entered a goth phase and never looked back. References to Miku are everywhere, it seems— you just have to know where to look.

“All right, I’m committed to exploring all of this weirdness,” you proclaim, the slightest note of apprehension in your wavering voice. “Where do I begin?” 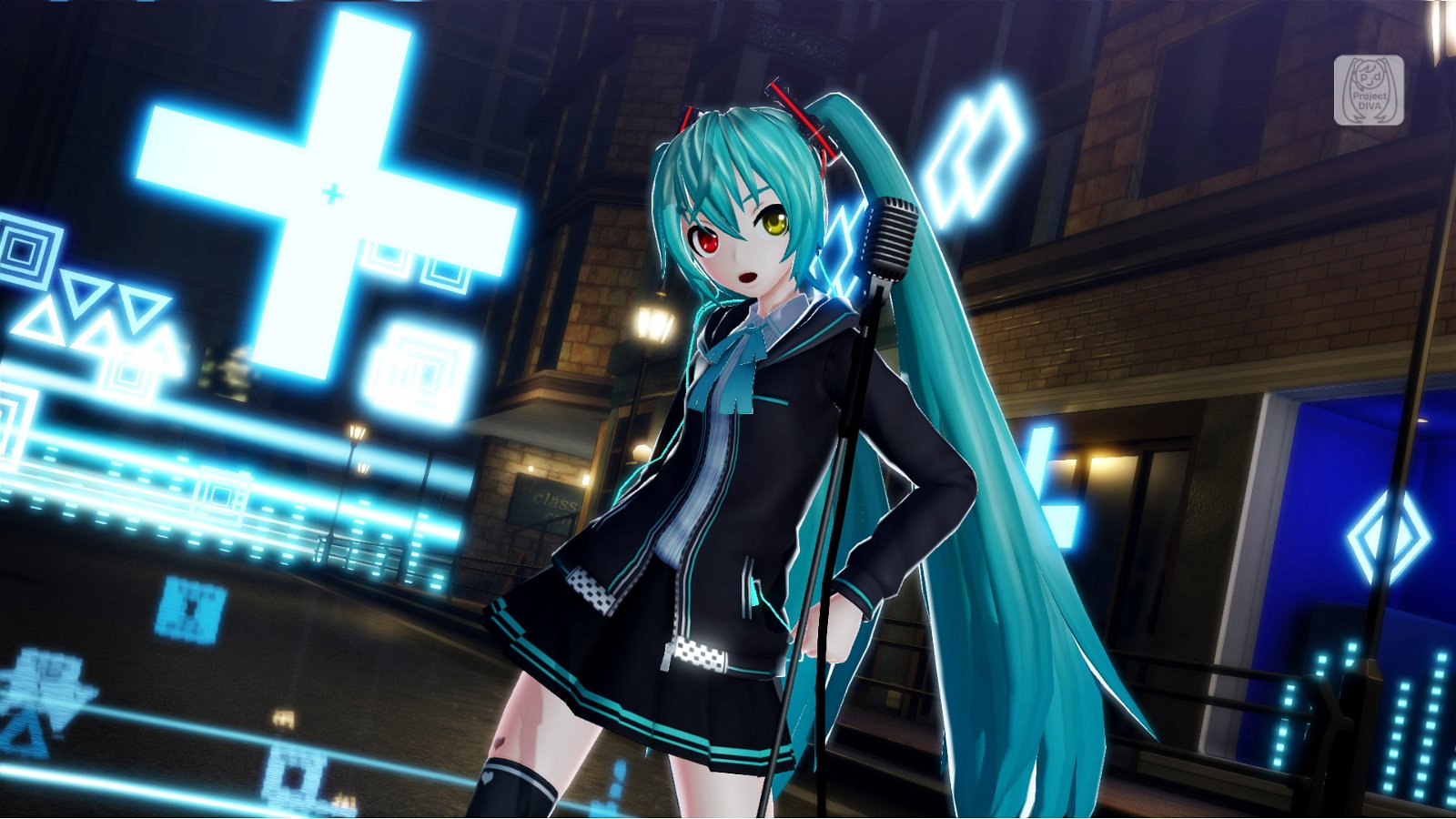 Luckily for you, eager reader, Project DIVA X is the perfect starting place for Miku newbies. It’s the most user-friendly game in the series, runs beautifully on the PS4, and features an even distribution of songs across several musical moods. You won’t be missing anything in terms of story, as its thin characterization is merely window dressing for the rhythm gameplay at the core of the experience. The biggest barrier for entry is going to be your tolerance for Vocaloid voices. I’ll be blunt: I find them unnerving at best and grating at worst. In spite of my distaste, however, I still find the moment-to-moment gameplay of Project DIVA incredibly addictive. I could take or leave Miku herself, which is something of a damning statement in an article about her rise to fame, but believe me when I say that Project DIVA is worth checking out if you’re a fan of rhythm games. At the very least, you’ll be able to approach the game with a better understanding of who Miku is when you boot it up and start tapping along to Ievan Polkka for the first time.

So what’s next for Miku? For starters, a new version of her voice bank for the VOCALOID4 software, dubbed “V4X,” is slated to release in a matter of days. This new version contains four vocal varieties that alter the inflection of Miku’s voice to suit different moods and contexts. She’s also scheduled for several upcoming live events, including the Magical Mirai 2016 concert series in September, where she and her Vocaloid siblings will take over the Makuhari Messe International Exhibition Center (perhaps better known as the venue for the Tokyo Game Show). Between her enthusiastic fan base, an ever-expanding line of merchandise, and her emergent popularity in North America, it’s all but guaranteed that you’ll be seeing more of her soon. Love it or hate it, the Miku phenomenon is here to stay.