An Ode To The Only Twin Peaks Game In The World. Sort Of 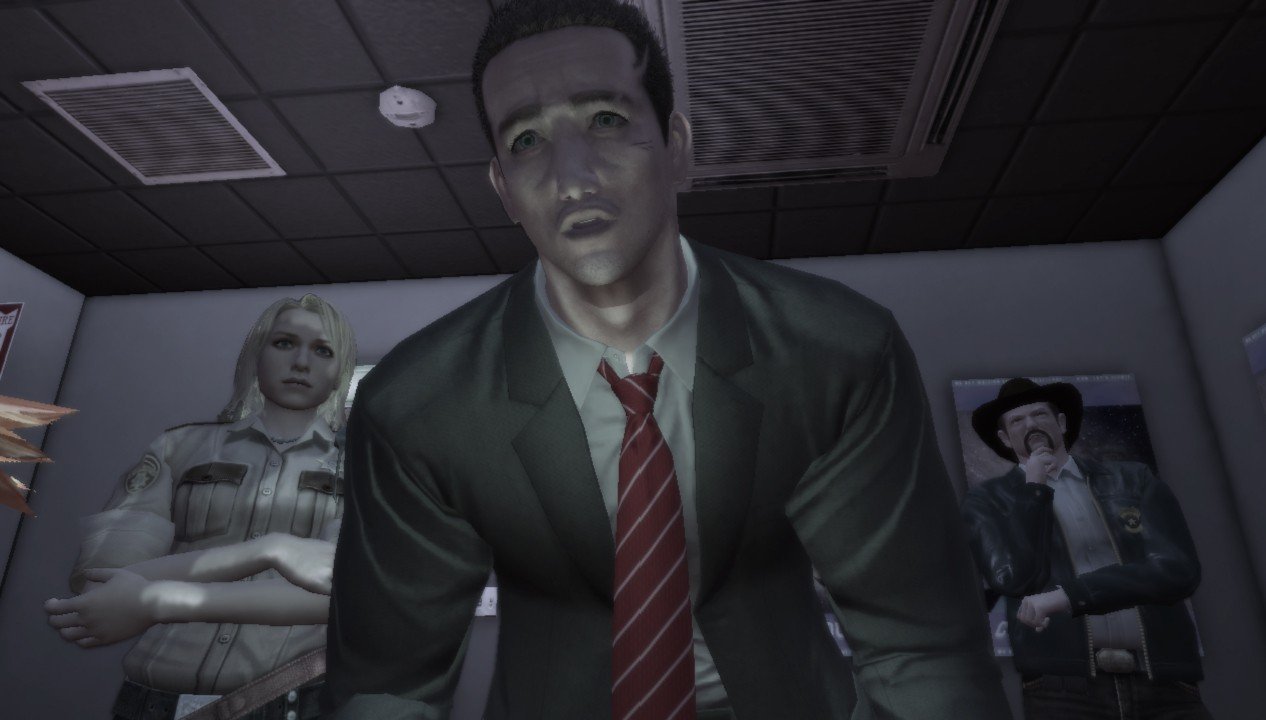 In 1990, David Lynch went crazy, unleashed the mystery program Twin Peaks upon an unsuspecting world, and television was never the same again. The amount of influence the series has had on television thereafter is incalculable. Almost all modern programs following a dramatic serial format—from Breaking Bad to Game of Thrones—owes something to the lunatic pioneering techniques of David Lynch and Mark Frost when they teamed up to tell the death of a small town girl named Laura Palmer and chronicled the efforts to uncover her killer. Now, just in time for the in-program prediction that things would pick up again in 25 years, David Lynch has announced that Twin Peaks will make a return to airwaves by 2016, 25 years after the end of the series conclusion in 1991.

To celebrate this momentous geek event, we’re going to once against cast our eye back to Deadly Premonition, the only commercially produced and published game that comes even close to garnering the honor of being a Twin Peaks videogame. True, there was an amateur effort to make a retro, Atari 2600 style version of Twin Peaks called Escape From the Black Lodge back in 2011, but that wasn’t a full blown visit by an FBI agent to a Washington State town to investigate the murder of a popular high school girl. Deadly Premonition is.

Deadly Premonition, released in 2010, was originally called Rainy Woods when it was being developed in Japan back in 2004. By the time it was teased at E3 in 2007 for the PS2 and Xbox 360, many journalists called out the game for the rampant borrowing of elements from Twin Peaks. The creator of the game Hidetaka Suehiro, or “Swery65,” decided to take his game back to the drawing board and “scale back” the Twin Peaks references so it would be less obvious. Fortunately for gamers, he failed miserably.

When Deadly Premonition finally came out, anyone and everyone with even the vaguest familiarity of Twin Peaks immediately saw the parallels. FBI Special Agent Dale Cooper had been turned into Agent Francis “York” Morgan. The mystery of who killed Laura Palmer became who killed Anna Graham. Where Agent Cooper constantly dictated his thoughts to a tape recorder that would be sent to “Diane,” Agent Morgan held constant one sided dialogues with an imaginary friend he referred to as Zach. Even the infamous Log Lady with a log only she could communicate with, had its Deadly Premonition equivalent in the Pot Lady who carried a pot always in danger of going cold, while harbouring dark secrets.

Over the course of the game, players explored the town of Greenvale, uncovered its secrets and discovered that all was not what it seemed. Like the logging town of Twin Peaks, the logging town of Greenvale had a cast of eccentric characters packed into one tiny location. Even the murder victim,  Anna Graham, was not as innocent of the world as initially presumed and, like Laura Palmer, delving deeper into her past uncovered a sordid sexual second life. As Agent Morgan ploughs deeper into the secrets of Greenvale, everything from dream rooms to psychic time travel to art pieces used as murder weapons put the game and its story in a surreal class of its own. In the history of game narratives, Deadly Premonition, like its inspiration, occupies a unique spot that is unlikely to be dethroned anytime soon. Where else can you learn the recipe for a “Sinner’s Sandwich” consisting of turkey, strawberry jam, and cereal?

Deadly Premonition was obviously not a complete copy of Twin Peaks, otherwise both the developer and publishers of the game would have been sued. But it’s clear from all the similarities that Swery65 looked at the state of gaming, wondered why no one had made a Twin Peaks game, and decided to do the job himself. The result, the town of Greenvale, manages to ultimately forge its own identity. Where the town of Twin Peaks unfolds into a story about Twin Peaks itself, the town of Greenvale becomes the stage to tell the story of Francis “York” Morgan, and carved out its own distinctive place in gaming, every bit as bizarre as the source material that inspired it. The big difference is that Twin Peaks is a surreal exploration of American life by an American interested in subverting the squeaky clean image of small town American life perpetuated by society. Deadly Premonition on the other hand, is the creation of a foreigner that finds all of Western life alien, quirky and weird, and that gets filtered through his own personal lens of “Unless it’s Japanese, it’s all bizarre to me.”

There’s a slight chance that, should Twin Peaks succeed upon its 2016 return, some opportunistic publisher might actually try to create a AAA game based on the property. But there’s an even greater likelihood that such an attempt would be a casual, frantic, first person shooter with setpiece action sequences, and completely miss the point of what makes Twin Peaks special. Swery65, and Deadly Premonition, however, get it. And maybe that’s enough.