With the recent re-releases of old Resident Evil games, Capcom has been whetting fans’ palates for their upcoming reconstruction of the fan-favourite Resident Evil 2. But besides new players learning what was once great about Resident Evil, Capcom could learn a thing or two about them as well. And by expertly implementing some key ideas, the remake could be the best in the series.

Since the announcement, Capcom has kept mum about any more details other than that it’s going to be a remake from the ground up; not just a shiny fresh coat of paint. What’s troubling is we’re left in the dark about what exactly it is. Is it the classic fixed-camera or is it the new over-the-shoulder camera that Revelations has used to remind us that the series can still be scary? Will we have the clunky tank controls of the past or the new control scheme?

Frankly, they could do both. As neat as it would be to see the old Raccoon Police Department re-rendered with today’s graphics, they could opt to make the environments 3D like in Code Veronica. It would allow players to utilize either the over-the-shoulder camera or fixed viewpoints. Should players choose the fixed camera though, they can’t be forced to use the same aiming system like how RE5 did in that easter egg during Lost in Nightmares. You just can’t accurately aim at anything other than from over the shoulder. With fixed camera angles, we need the old clunky combat. Although, being able to aim down the sights of certain weapons, like what Code Veronica gave us, would be a really cool way to keep things fresh as you played.

This would help to accommodate both fans of the old with a “Classic Mode” and fans of the new with an “Action Mode,” without changing too much about the core mechanics and getting convoluted. Because we’ve seen what happens when Capcom tries to appease everyone—we get Resident Evil 6, a faceless gray sludge of a game that has no recognizable identity.

In this current age of Resident Evil, there’s a staggeringly heavy emphasis on co-op gameplay, and as fun as it is to team up with a buddy to blast zombies, that’s ultimately not what the classic formula calls for. It’s crucial that the Resident Evil 2 remake keep its original single-player campaigns, and while I’m not opposed to mixing things up and adding to them like the first game’s remake, we need them to be single-player experiences first and co-op as a bonus. 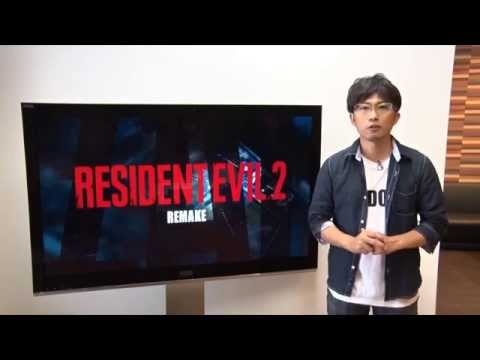 Forcing players into those co-op RE games frustrates them as they wrestle with their AI partners and detracts from the experience. They need to be able to focus on puzzle solving and the established atmosphere of the game. While Resident Evil 5 is most definitely a fun game, it lacks much of the series’ charm and traditions.

The 2002 remake introduced us to the use of daggers for protection against zombie bites and I would definitely hope Capcom brings that into 2. It’s a shame we never got to see that again in any other title. It added the little extra bit of strategic edge to playing as Chris since his grenades popped zombie heads, destroying any chance of creating the much more powerful Crimson Head zombies. Speaking of which, Crimson Heads might make an interesting addition to Resident Evil 2, maybe as a difficulty option for players to challenge themselves with.

The emergency weapons given to us in the REmake help to add a layer of strategy and resource management that’s sorely missed in other titles. Crimson Heads add an extra challenge and give more meaning to deciding which zombies to dispatch, otherwise players can just mow down everything that moves. Perhaps we can see them in the “Action Mode,” requiring players to headshot zombies to prevent them from turning, this would reward skilled players for accurate shooting.

It may not seem like it, but properly managing your inventory in these games is critical to success. This is why we need the perfect inventory system for the perfect remake. For example, why not adopt Zero‘s ability to drop items on the ground but also keep item boxes? Because if Zero taught us anything, it’s that item boxes make things so much easier. Also, Zero let us use items as we picked them up, something that makes the game much smoother and less irksome.

As classic as RE2‘s inventory is, take in RE4‘s attaché case system, it was simple to use and brilliant to manage. I’d love to see it show up again in these games and it could be upgraded to increase item capacity. RE2 gave us an extra row of item slots thanks to the side pack which could be used with the attaché case. Obviously we’re not going to see the merchant here to buy our upgrades from and encouraging exploration with rewards like that make for a more engaging experience.

It seems like Capcom is finally getting the hint that gamers actually still enjoy the old classic Resident Evil style, ever since the overwhelming financial success of the remastered version of RE1. While 0 is lukewarm with most fans, it’s still a solid enough title in the franchise with some good ideas, just with poor execution. But RE2 can use those good ideas the right way. RE2 can be the dream game, the complete amalgamation of everything that the series has learned since its inception. It can be the best one possible before we see what the seventh entry has in store for us. Because as it stands, we haven’t seen any news about RE7‘s direction. Capcom has simply been going through its archives and re-releasing oldies but goodies for the past little while. The future of the franchise still has yet to be decided, and while Masachika Kawata, a Resident Evil producer, said that user feedback is changing his opinion on the series, it’s still up in the air. We’ll see where the historic franchise is heading when we finally get some updates on RE2‘s progress.