How Star Trek Made It To 50

In September 1966, these words introduced television audiences to a strange, new science fiction show called Star Trek. The premise was described as a show similar to that of the Western TV series Wagon Train, only in space. Created by Gene Roddenberry, the story took an interracial and intergalactic crew aboard a space ship and explored the last great unknown—the universe. Yet, despite its ingenuity, the show wasn’t a hit. In fact, it only lasted three years and was unceremoniously canceled by CBS following its 1968 season.

But something happened after the plug was pulled on Star Trek. It endured and has lasted in popular culture’s collective consciousness for 50 years. How did a show that was considered by CBS executives unsuccessful not only survive cancellation but thrive as one of the most well-known science fiction properties of all time?

The answers are numerous.

The Emergence of Science Fiction

Before Star Trek, the Western was a fruitful film and TV genre about exploration, frontier justice and morality. It was hugely successful for multiple decades but by the late 1960s it was a dying entity. Taking its place was science fiction. With most of the world fully explored, space became the most obvious frontier. Further, NASA was at the forefront of both the news and the imaginations of millions of Americans in the 1960s, culminating in the Apollo 11 moon landing in 1969.  As the 1960s turned to the 1970s, sci-fi had found a solid footing in the American psyche.

Syndication and the Animated Series

While Star Trek was cancelled after only three short seasons, there was still life in the series. Through the miracle of syndication (TV programs being licenced out by their parent company to other networks and broadcasted), the crewmembers of the Starship Enterprise lived once more in the land of repeats. This not only returned Star Trek to those who loved the original series, but also allowed new viewers to get hooked.

In addition, assisting in Star Trek’s small screen resuscitation was Star Trek: The Animated Series. While it only lasted two seasons, from 1973-1974, The Animated Series continued the voyages of the U.S.S. Enterprise, offering new and exciting adventures for audiences. Further, most of the original cast were used as voice actors including major players like William Shatner as Captain Kirk, Leonard Nimoy as Spock and DeForest Kelley as Bones. New excursions kept Star Trek’s pulse alive beyond mere reruns and kept fans paying attention until the franchise could make its biggest leap yet.

In May of 1977, Star Wars was released in theatres and not only cemented the summer blockbuster into the zeitgeist of the times but also made science fiction cool with mainstream moviegoers. While Star Trek arrived a decade before Star Wars, it was the latter that created the biggest ripple in societal fabric. However, Star Trek couldn’t help but benefit from George Lucas’s masterpiece. The TV series’ crew was brought to the big screen in 1979 with Star Trek: The Motion Picture. While not reviewed well by critics, the film made a considerable profit and proved that more films could be financially viable. The Motion Picture was followed in 1982 by the critically acclaimed and prosperous The Wrath of Khan. Star Trek was well on its way to a being successful film franchise, and its 13

instalment hit theatres this past summer.

The Next Generation
With Star Trek now an established commodity, the franchise had enough clout to return to its roots on television. In 1987, Star Trek: The Next Generation arrived on TV screens. Lasting seven seasons, The Next Generation not only furthered Star Trek’s endearment to fans, it also was highly regarded and garnered a number of Emmy nominations during its TV tenure. The Next Generation continued the deep space adventures but also the familial elements of the crew, as was the recipe for success with the original series. Jean-Luc Picard, William Riker, Data, and Lieutenant Worf became as revered to some as the first cast and created a new generation of Star Trek viewers.

Bizarre aliens, megalomaniacal villains, new languages. These elements have always been a part of Star Trek. For the past 50 years, Star Trek has delighted fans with new worlds, creatures and enemies. From Klingons to Khan, from Vulcans to the Borg, the creative team behind Star Trek has kept inventing and reinventing characters, creeds, ships and locales to the delight of fans.

As well, Star Trek has had several ground breaking moments. During the original series, there was the first on-air interracial kiss between a white man and a black woman in Kirk and Uhura. The show has also consistently been a frontrunner in showing audiences the potential of science and technology, giving fans a ton of gadgets and devices to geek-out over.

The first Star Trek Convention occurred during a year after the original TV show had been cancelled. Since then, they have turned into a phenomenon. Star Trek Conventions and their popularity (from fans dressing up like their favourite characters to screaming for actors as if they were pop stars) arguably started the worldwide fad known today as Cons: fan conventions for everything from comics to Star Trek to dragons. 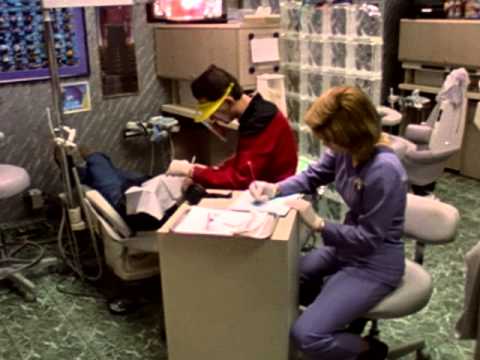 In the end, like any cultural phenomena, it’s the fervour of the fans (lovingly called Trekkies) that has sustained Star Trek over 50 years. Without them and their nearly religious devotion, phrases like “beam me up,” or “live long and prosper” would have no meaning. It’s the sheer love for the characters, stories and concept that has enabled Gene Roddenberry’s vision of the future to live and thrive for a half a century.

And Star Trek isn’t slowing anytime soon. Alongside the movie this past summer, Star Trek Beyond, a new television series is being developed titled Star Trek: Discovery, airing on CBS in 2017.

Star Trek is here to stay—hopefully for another 50 years.