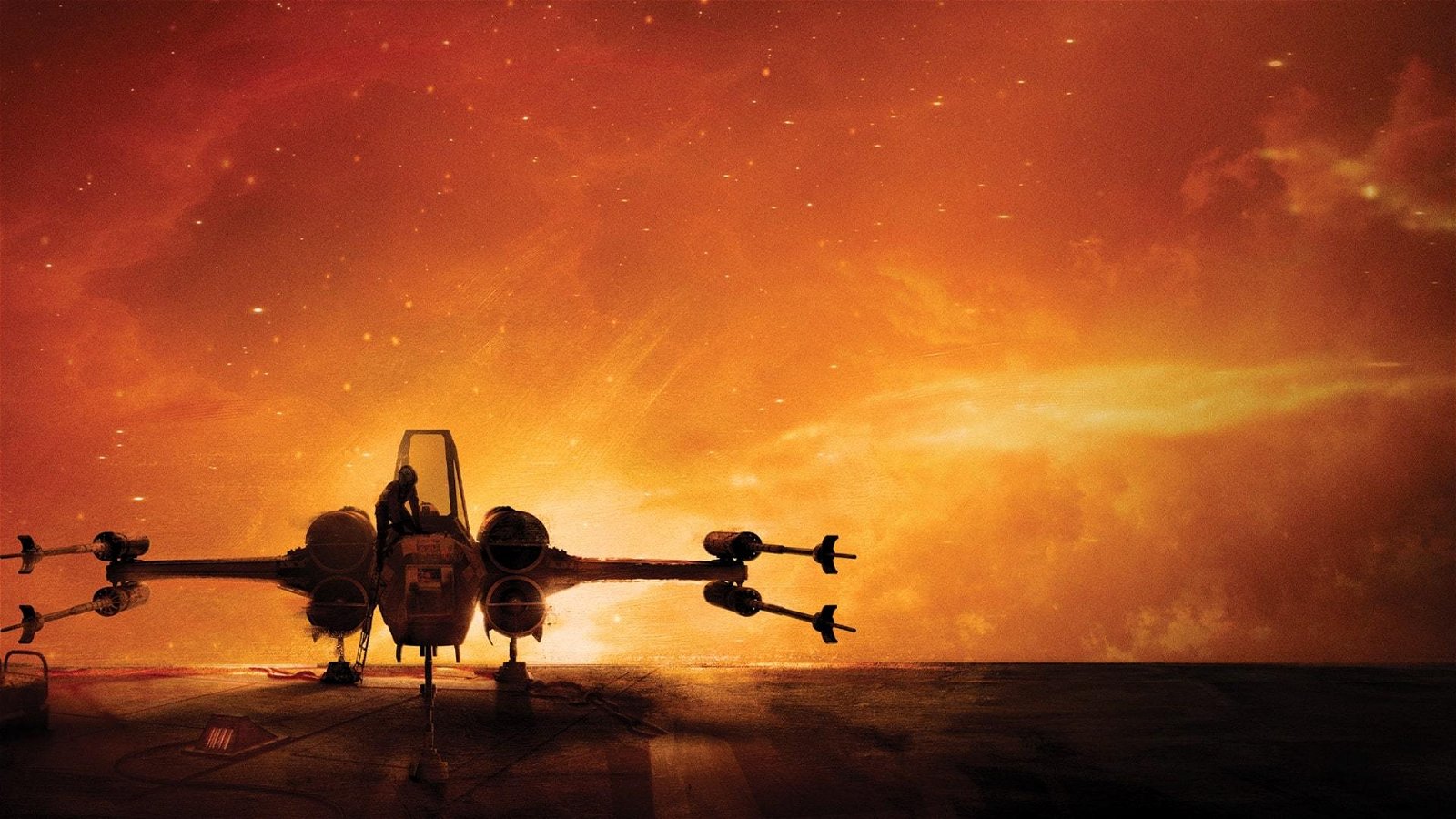 Star Wars Squadrons is more than a title that surprised fans over a lighter release year for games.

It’s a product carried on the backs of publisher EA, thickened for years by rocks etched with “microtransactions” and “greed”. Instead of shrugging off the public’s cry for change, EA would embark on a quest to regain their worth to handle a sacred franchise like Star Wars. This brought them face-to-face with fans once again in October 2020 in the cautiously-optimistic launch of space combat sim Star Wars Squadrons.

In a symbolic gesture, EA’s latest game puts fans back in (pilot) control for Star Wars‘ future in gaming. Even the worst critics of EA couldn’t help but ease their brows a bit over the dedication for a baggage-free Star Wars game. Players and critics alike warmed up to Squadrons, with hindsight on the dealings of Star Wars Battlefront II at launch. But the games to come since then, and towards EA’s final three years of making Star Wars titles are better for it.

I’m humbled to have reviewed Star Wars Squadrons, alongside a pantheon of writers I grew up reading. My privilege was somewhat of a personal divide, having watched the Original Trilogy VHSes daily as a toddler (a tactic my dad used to distract me as he walked out the door for work). But the review’s sticking point wasn’t the thrill of sitting inside an X-Wing for the first time like in A New Hope. It wasn’t blasting my way through the hull of a Star Destroyer to take its reactor out, then fly away like Lando did in Return of the Jedi. My takeaway wasn’t even the fact I was writing about Star Wars Squadrons from reveal to review.

The highlight was this: seeing EA’s redemption come full-circle with a game that successfully adapts X-Wing/TIE Fighter and was made for what it was worth ($40) to lifelong fans and skeptical shareholders. With millions of voices suddenly sighing in relief, I could finally enjoy EA’s offering with Star Wars Squadrons and let go of my anger. It felt like I could talk about a Star Wars game without a cynicism I carried since they rebooted my childhood PS2 game in 2015.

Of course, 2015 also marked EA’s first real crack at a canon Star Wars game. Its Battlefront E3 Hoth trailer stole the hearts of fans waiting for a next-gen reboot. Others raised their eyebrows and tipped their sunglasses at the first major Star Wars game since the collapse of LucasArts (and launch of acclaimed MMORPG The Old Republic). This was EA’s make-or-break moment, which it survived by capturing the looks and sounds of George Lucas’ universe to an eerily identical effect in a game. Fans felt like they were playing through a movie in every multiplayer match, and prophesized the early signs of EA’s big calamity.

Star Wars Battlefront touched on its pay-to-win Star Cards and snarked at players by leaving out a single player campaign. Those without PS Plus or Xbox Live were limited to a few training missions and measly Survival in the shadow of a bigger game. I was one of those suckers who felt robbed of Instant Action and Galactic Conquest in my $80 purchase and found the very first Star Wars product I secretly hated at age 19. Until Squadrons, I had felt trapped in a world where every sacred reboot was at the mercy of EA’s decisions.

There’s no doubt EA had made a promising start to the future of Star Wars games just as Episode VII: The Force Awakens reignited the franchise (and worldwide demand for all kinds of media). EA had its hands tied in the gaming corner of the franchise. Its developers called on its ragtag alliance of Criterion Games and Motive Studios for a sequel. With fans buying into EA’s faithfully-recreated atmosphere, they also knew Battlefront II was a chance to address issues (including single player content even Finn actor John Boyega wanted). Unlike the hype for Battlefront, fans and new Star Wars converts alike went all in on EA’s sequel, which now packed a campaign and content from all three trilogies. That anticipation, fueled by EA’s willingness to listen made Battlefront II one of the most important games to fail on launch.

Then, the Great EA Calamity happened in 2017. Good.

It took just one comment from EA on Reddit to forever change the industry’s turbulent business models for other developers.

With respect to all parties, I’ll briefly say the discourse was an importantly long couples therapy meeting between game makers and their consumers. It wasn’t Criterion Games or Motive Studios’ to blame for nailing the gameplay, but wrapping it around a pay-to-win-on-steroids UI. Instead, all accountability went to EA for locking most of the game’s essential characters and abilities behind a grind (which could only be circumvented with in-game currency or unreasonably long hours of play). Luckily, all of this is a ghost when viewing Star Wars Squadrons‘ menu as players focus more on figuring out how to spend their well-earned points of ship upgrades, cosmetics and those cool bobbleheads.

This actually became the pivotal moment which would spawn Jedi Fallen Order, Battlefront II Celebration Edition and shape Star Wars Squadrons into the game it is today.

Slowly are the words “microtransactions” and “loot boxes” becoming a taboo for games. More frequently do players rejoice at free DLC post-launch. Most credits go to EA, who were faced with an insurmountable mess to clean. Somehow (and quite miraculously), EA managed to turn themselves around. Real Life History spoiler alert: EA expanded Battlefront II tenfold through free content updates, preserving the hype by checking off a wishlist from fans and tie-in DLCs to new Star Wars films. To mark the turnaround, EA released the Celebration Edition of Battlefront II before setting their sights on Jedi Fallen Order and the lovely Star Wars Squadrons – both of which would score green across Metacritic and receive praise from reviewers.

EA’s story began when they broke my heart prior to enrolling in journalism school in 2016. Their turbulent chapter ends at my review of Star Wars Squadrons, written fresh off graduation as a real storyteller. Like players enjoying Squadrons, I’m proud of the studio for overcoming their conflict within. Their pull to the Dark Side was the force EA needed to see the Light. To be worthy of adapting beloved Star Wars games like Jedi Knight, Battlefront and X-Wing/Tie Fighter, they had to understand how to make a product with more to give than to take from fans.

Years of work towards Star Wars Battlefront II Celebration Edition was a punishing (and much-deserved) backtrack. This gave EA the fan-first direction it needed for building Star Wars Squadrons‘ progression system at no extra dime from players on the get-go. It’s done more to give fans joy in a time when they need it most by putting them in pop-culture’s most iconic starfighters. Players were also treated to a full-length campaign and straightforward multiplayer dogfights which call back to simpler times. It’s no longer receiving additional content, because Star Wars Squadrons does as much as it should under the $40 asking price.

I’m genuinely excited to see what EA does with their next fully-priced Star Wars game, which keeps the best parts of its resume and nothing else. There’s a few years to go until the studio’s license to make franchise-based games ends in 2023. But Star Wars Squadrons proves EA has walked the true path of a Jedi, having tried, failed and got back up to show developers how it’s done.