The Avengers and the danger of the crossover

Every Marvel fanboy’s silver screen wet dream is but a couple of weeks away.

On May 4, years of hinting and strategically planted ideas in a slew of comic book movies will culminate when The Avengers hits theatres.

Considering the success of Iron Man, Captain America and Thor, The Avengers will almost certainly make heaps of cash. But aside from the sheer spectacle of seeing all these characters onscreen at the same time, it’s also bringing crossovers to movie-goers in a huge way. 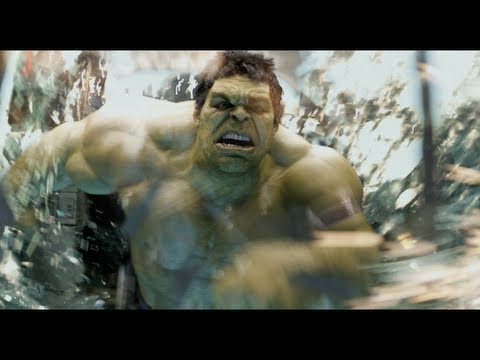 The crossover is a mainstream comics staple – the summer blockbuster of the paper world. Secret Wars, Crisis on Infinite Earths, Fear Itself, Blackest Night – they all mash together big characters alongside mammoth threats and big-ass explosions. Spider-Man and Thor teaming up to punch Thanos in the face is the bread and butter of this sort of thing. The crossover celebrates the spectacle of multiple tights fighting together for justice all at the same.

While The Avengers could be a big step forward for comic characters in movies, it could also lead them down a convoluted and confusing path. Crossovers are many things – but once the spectacle wears off, they have a tendency to, well, blow. Few could argue for Secret Wars’ fantastic story, and it’s doubtful that Zero Hour will win many awards for cleaning up DC’s continuity. The irritating minutia tied to comics continuity is exactly what keeps the industry a niche market. Should movies start including these same issues, it could get really problematic, really fast.

Explaining Spider-Man’s life to a casual observer would likely go something like this:

“So, what’s going on with Spider-Man?”

“Only in an alternate universe. In the main one he was reborn with mystical spider powers.”

“Yeah, but he doesn’t have those anymore.”

“Is he still married to that Mary Jane girl?”

“No, he traded his marriage to the devil to reshape reality so people wouldn’t remember his secret identity.”

“And he’s on two Avengers teams. And in the Fantastic Four. And one of his clones is back.”

By their very nature, crossovers are not character driven. In the amassed melee, characterization often gets lost amongst the clutter and the spectacle. While comic readers might take pride in knowing the ins and outs of twelve X-Men books, it’s unlikely the average moviegoer would feel the same. But this isn’t the first time a crossover will show up in live action film – just the most planned and elaborate instance. The heroes of comic lore have appeared collectively in live action before – and it’s almost always bad.

Take for instance DC’s “Legends of the Superheroes” from the ’70s: (Click through for link)

Not to be outdone, there’s also the Hulk and Thor duking it out in the ’80s made for TV movie:


That said, Lou Ferrigno’s Hulk still kind of rules, in all his dyed green mullet glory.

Marvel’s done a lot right – and the films it has under its belt leading up to The Avengers as a whole are obviously of a higher quality than those two examples. But for these movies to continue their viability, they must stay simple, stay accessible, and stay fun. Getting trapped in the endless hell of comic continuity foibles is the last thing anyone wants.

Adam Carter is a writer and musician based out of Toronto, Ontario. His work can also be seen on cbc.ca and thedailyplanet.com. You might not know it to look at him, but he can run really fast.