COD Is Crowding Fun & Variety Right Out Of November

There was a time, not so long ago, when the 4th quarter of the year was a big season for all gamers. It was when all the big guns were supposed to come out, when various developers like Konami, Electronic Arts and Sony would bring out their Must Haves. Many fans across many genres looked forward to the 4th quarter of the year as the time when they would start looking at the games they wanted to play for Christmas, or before that if they were really impatient.
These days, for most gamers, that time of the year is now the first quarter of the new year, around February and March. And that’s because that’s when the REST of the developers finally show off games that are not Call of Duty. That one, single title, has terrified nearly an entire industry into rearranging their release schedule so as not to lose sales because of it. In the span of a few years, Call of Duty has nearly shut out the majority of desirable games for people that play something other than contemporary, first person shooters. 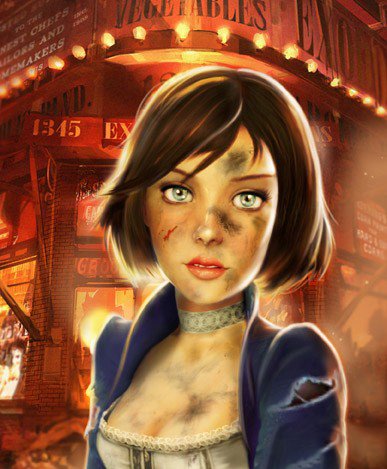 That’s not to say every single publisher is afraid of COD. Last year, the spectacularly buggy Elder Scrolls V: Skyrim crashed, jittered and dropped frames in successful fashion just three days after Modern Warfare 3 launched. It was one of the few games that managed to hold its own, but much of that had to do with Bethesda’s recognition with gamers and the huge anticipation for new Elder Scrolls title. This year only Halo 4 and Hitman Absolution are currently scheduled to tangle with Activision’s behemoth. Odds are, only Halo 4 will manage to escape relatively intact. There used to be a huge range of games slated to release in the 4th quarter this year, titles like Ken Levine’s Bioshock Infinite, Gearbox’s Aliens: Colonial Marines and Crystal Dynamic’s new Tomb Raider game.  All of these games have moved out of their October/November launch windows and into early 2013. Ostensibly, the usual reasons given for these delays is “extra time to polish,” but pragmatically, most people know it’s because people are only looking at ONE game from October through to Christmas, and unless your game involves contemporary military shooting, in first person, with a lot of people in mustaches ordering you to follow them around, you’re on the losing end of the proposition. This is the same thing that happened last year as well, with many cagey publishers pushing games out of COD’s way, so as not to get steamrolled by it.

In an alternate universe, Christmas, and the months leading up to it, are a time for gamers of all interests to have something to look forward to. In that alternate universe, the JRPG fans might be enjoying Ni No Kuni, and the RTS fans would be sitting down to play some Company of Heroes 2 to while away the winter nights. In our universe, once the mainstream gamers that only 2-3 titles per year answer the call of duty, the publishers finally remember us, usually after February. Even Rockstar, who used to release the mighty Grand Theft Auto series in October as a premiere title for Christmas, has now moved their release schedule for heavy hitters to April or May, with games like Grand Theft Auto IV and Red Dead Redemption—among others—following the wave that tries to stay out of the way of Call of Duty.

It’s not necessarily a desperate situation. After all, good games are still good games, and we’re still getting them. I just find it a sad situation that for the rest of us, Call of Duty has pushed so many other interesting options for gaming into later months, just to stand a chance at financial survival. Even Activision’s own hits like Guitar Hero and Tony Hawk have been side-lined—literally to death—by Call of Duty. Hopefully, given enough time, the ecosystem for games—and their release schedule—will return to something a little healthier