The Marvel Avengers are Ready to Open There Doors in Toronto

Avengers S.T.A.T.I.O.N. is Recruiting You 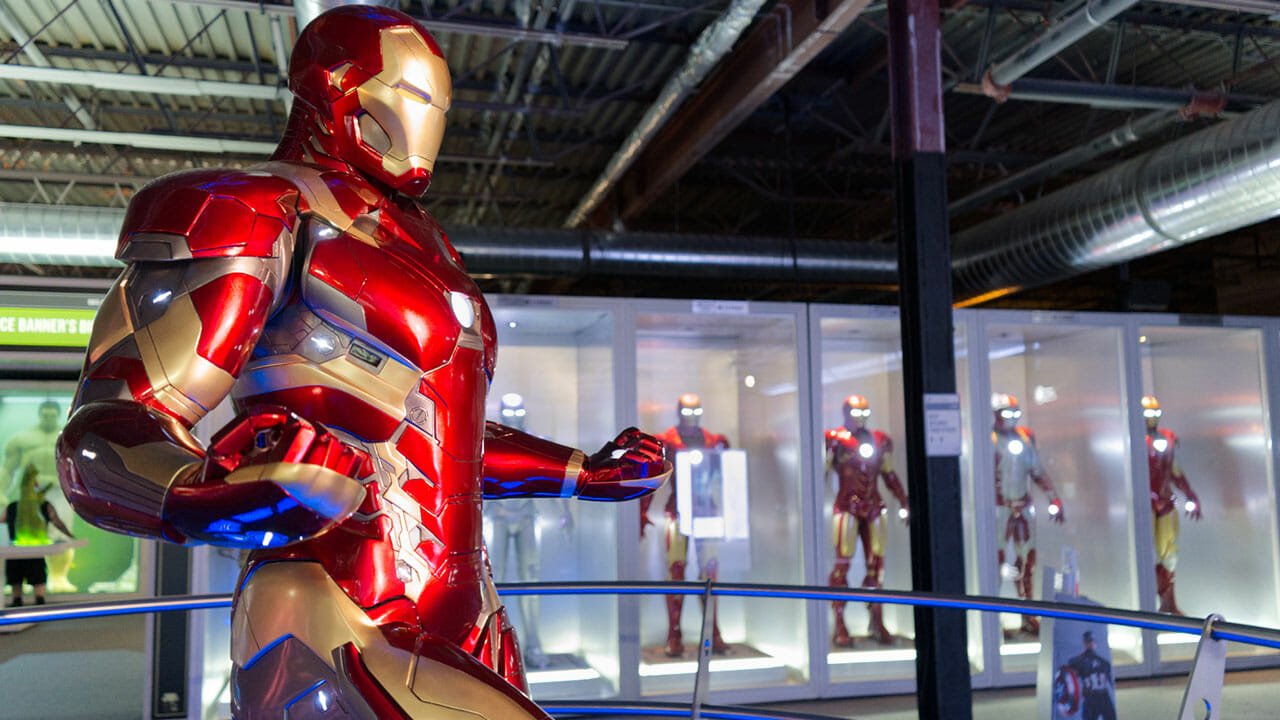 Marvel has been a mainstay on most of our lists of can’t miss Movies, TV Shows, Comics and any number of forms of entertainment for the masses over the years. One thing that has been missing for the fans, is a sense of real immersion into the Marvel Universe. Well, 2021 has helped fix that in a big way.

In addition to Avengers Campus in Disneyland, Marvel has opened a new attraction in Toronto, Avengers S.T.A.T.I.O.N. (Scientific Training And Tactical Intelligence Operative Network), an interactive attraction that invites you to become a part of the Marvel story.

At S.T.A.T.I.O.N., visitors become recruits in the next effort to protect the world from evil. Learn what you can, interact at a number of workstations and face a final test to see if you have what it takes to become an Agent of S.T.A.T.I.O.N.

The effort to bring this world to life has been a challenge for Marvel, who originally opened the attraction in November of 2020, only to have it shut down after 3 days due to the lockdown. Working with Health officials, they turned their focus to recreating the attraction to make it safer for visitors when the Province began to reopen.

Marvel Avengers S.T.A.T.I.O.N. was expanded to 25,000 square feet, with certain interactive elements removed to lessen the amount of communal touching of exhibits and allowing guests to maintain physical distancing. There are still plenty of things to interact with, though. Guests are provided with a stylus upon entry to keep hands off of things during their visit.

Also made available is easy access to Hulk Serum (Hand Sanitizer), located throughout the exhibit. To help keep people from crowding around the interactive features, most workstations feature a mirrored Monitoring system, allowing to see on a big screen what people can see on the smaller stations.

They have installed an HVAC system that is twice the required size for the space that they occupy. The air in S.T.A.T.I.O.N. is circulated and cleaned every 65 seconds. Also, despite the current rules allowing 50% occupancy in an attraction such as this, Marvel has committed to remaining at 15%, allowing for an experience that doesn’t get too crowded.

As for the attraction itself, it is impressive. Its effort to fully immerse you in the universe with one simple rule: before you enter, you can talk about your favourite movies, games or whatever you choose. Once you have crossed the threshold into Marvel Avengers S.T.A.T.I.O.N., there are no movies. You now exist in a world among the Avengers.

You are first brought into a bright, white room, where the story is presented to you to get you into the proper frame of mind for the experience. Colbie Smulders, reprising her role as Agent Maria Hill, takes you through the recruitment video and  the doors are opened to you. From there, you are taken through a series of exhibits, each with its own focus.

Examine Iron Man’s many suits, from the Mark I suit he built to escape the Ten Rings in Iron Man to the Gargantuan Hulk Buster, seen in full scale. The exhibit, like all that come after, features a number of video screens constantly playing out information and footage of our heroes in action. Even see what it is like to suit up yourself in a virtual experience.

Get an up close look at Captain America’s WWII-era Harley Davidson, pose with replicas of his shield or see the real thing behind glass. Get a look at Captain Marvel’s suit, including a lunch box that once contained an Infinity Stone. See Bruce Banner’s Lab and learn all about his transformation to the Hulk and see if you are worthy of lifting Mjolnir in Thor’s Observatory.

Exclusive to Toronto is an exhibit for the Black Panther. Get a close look at his suit (you’ll see some extra special details as you get really close up) and view displays of Wakandan Kimoyo Beads and the legendary heart-shaped herb that gives the Black Panther his power.

“Take up a weapon and, as a group, fight off an enemy to protect Marvel Marvel Avengers S.T.A.T.I.O.N. If you can all manage to do it, you become full-fledged Agents!”

The rest of the Avengers are represented in a large space, displaying costumes, weapons and other artifacts that you are sure to recognize. If you keep an eye out, you might see some little insects roaming around the Ant-Man exhibit. Just watch your step.

The penultimate stop in the tour is a viewing of some of the bad guys we’ve come to know in the past years. S.T.A.T.I.O.N. has recovered alien technology, weapons and even a disassembled Ultron for you to view. After all, if you want to become an agent, you have to know your enemy.

At the end of the exhibit is your final test. Take up a weapon and, as a group, fight off an enemy to protect Marvel Marvel Avengers S.T.A.T.I.O.N. If you can all manage to do it, you become full-fledged Agents!

Interaction is not limited to screens, though. The Agents on patrol in the various rooms may have something to say to you, beyond making sure everyone is following safety procedures. Say, hypothetically, you show up in a Hydra T-shirt. This may draw the attention of the Agents. I did explain, however, that I only attend Hydra picnics because they make a mean Guacamole.

Now I purposefully left out one part at the beginning of the tour. That is because it ties into the end of our trip and I also wanted this to serve as a warning. Before you enter the white room, you will have a picture taken of your group in front of a Green Screen. When the tour is over, you will be presented with your photo with one of three backgrounds.

Do not, I repeat, do not wear a green shirt to this attraction unless you wish to be a floating head in your family photo. And if you want to go in cosplay, perhaps avoid characters such as The Hulk, Loki, Green Goblin, Dr. Doom or anybody else sporting a lot of green. If you decide to go as Green Arrow,  he’s DC. Don’t be weird about this.

Tickets for the attraction vary depending on how you choose to attend. You can either book a timed entry ($39.55 for Adults, $35.03 for Children), all taxes and fees included) or a flexible entry ($48.59 for Adults, $44.07 for Children), which allows you a two hour window for your entry into the attraction. Once you have entered, no matter which ticket you choose, you can stay as long as you please.

Looking for the VIP Experience? It will run you $98.88, but it includes flexible arrival times, fast track entry, a lanyard, poster and your Green Screen Photo at no extra charge. There is also a Time Stone Pass that will give you VIP Access for a total of five visits. If you are planning to visit as part of a group, there is a 15% discount for groups of 10 or more.

So is the experience worth the price of admission? To that, I say this. We just experienced a long period of cancelled plans, dashed dreams and frustration as we wish to be able to return to a safe version of normal. When an experience like this presents itself, I think that it is not a bad thing to treat yourself.

Marvel Avengers S.T.A.T.I.O.N. opens in the Yorkdale Mall in Toronto on July 29. Tickets can be purchased at the website.