Forza Motorsport 6 Has Something for Everyone 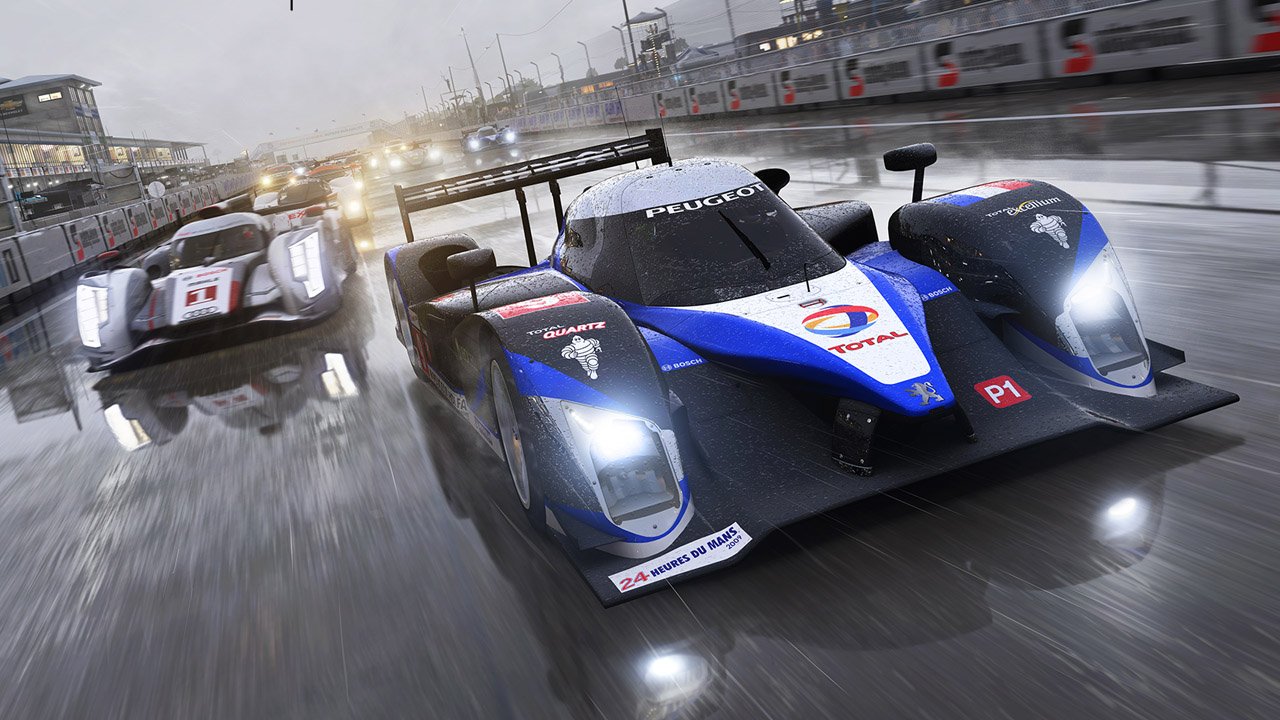 I’ll admit that I walked into Forza Motorsport 6 after the Xbox E3 2015 media briefing with low expectations. I wasn’t impressed by Xbox lowering a Ford GT Supercar from the roof of the Galen Center, because that has absolutely nothing to do with the video game. I was impressed, however, by what the devs showed off in the behind-closed-doors session, because there was a lot of meat to the presentation that was heavy on details but also let the dazzling recreations of performance cars speak for themselves.
Not surprisingly for an annual title, Forza has many different types of players who play the game in multiple ways. It’s a big claim that there’s something for everyone, but in this case, there’s evidence via the behind-closed-doors E3 2015 demo that the Forza team has succeeded in making the game approachable for new players as well as substantial for returning fans.

On top of approximately 70 hours of a singleplayer career mode, Forza 6 boasts a 24 player multiplayer mode and a free-play mode with split screen option as well for those who interact with the game more casually with friends on the couch. Both the Forzatech engine and Forza‘s distinct Drivatar technology – a virtual simulation of the way you drive that other players can race – are improved for Forza 6, all in 1080p at 60 FPS. The enhanced Forzavista feature allows you to open car doors and explore the interiors of an expanded range of cars as well.

But the crown jewel technical achievement of Forza 6 is rain. Through meticulous research and technical wizardry, the rain in Forza Motorsport 6 truly wows. The team apparently replicated the precise areas on famous tracks where rainwater pools. Tracks that don’t get notable rain like in Abu Dhabi don’t get rain in the game either to preserve the realism. The effects of hydroplaning on hundreds of different cars, 148 different drivable surfaces that soak up or repel water differently, and the way water beads and sounds hitting various materials in the cars are all taken into account to create a believable experience. Any car from over 80 different manufacturers is playable on any track, although some might not be ideal for the conditions. The devs said that rain was a big request from their fans, and they’re finally confident that they can do it right.

Another variable is night time driving conditions. Night, the Forza team will have you know, is not about darkness – it’s about light. Track races are bright as day with blinding stadium lights overhead.  Road races plunge the player into a more complete darkness, save the headlights.
So race fans and couch co-op players alike have a lot to look forward to with this latest Forza title.  Enough gameplay features have carried over from Forza Horizons 2 to maintain brand continuity, but the Motorsport version has kept its own high-speed identity as well. Forza Motorsport 6 is hitting North American stores September 15