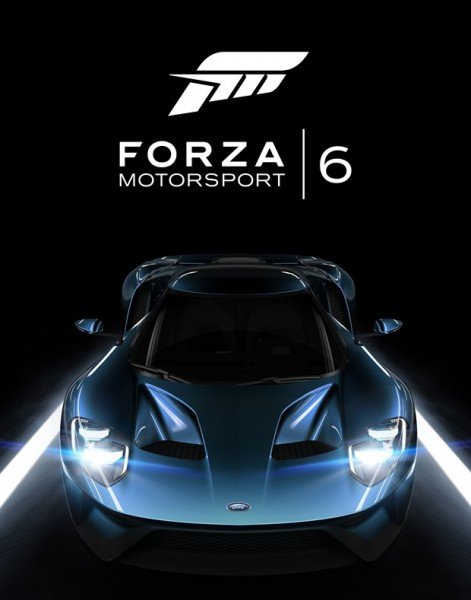 It’s the 10 year anniversary of the Forza franchise and in completely unrelated news, Forza Motorsport 6 is out; however, I’ll understand if these revelations fail to fill you with enthusiasm. Since 2011, Microsoft has been testing the endurance of its community by releasing Forza branded products on an annual basis. It looks even worse when you realize that Forza Horizon 2 Presents Fast & Furious (a movie game for Fast & Furious 7) was released earlier this year, making Forza Motorsport 6 the 2nd Forza game released in 2015.

The good news is that this rapid release schedule has given the developers at Turn10 plenty of time to polish their digital assets, and you can tell that’s true the first time you gaze upon the beauty that is Forza Motorsport 6. Although, it’s not just the fact that everything is pretty that gives the game top beauty marks, but it’s also the item density that makes every location feel alive. Forza Motorsport 6 has things in it that I’ve never seen another racing game have, and I’ve played a lot of them. For example, digital models of the cameras that a television network would use to broadcast a race have been place around the many tracks. Another example is the inflatable wavy tube-men who seem to find their way to every racetrack (in and outside of this game), car dealership, and glam metal reunion tour. The cars are amazingly detailed as well, but I’ll mention them later in this review. For now, I will say that the inclusion of these items is clearly the work of someone who’s got their digital assets nailed down, and when it comes to visuals, it’s easy to say that Forza Motorsport 6 has nailed it.

That unfortunately brings me to my first issue with Forza Motorsport 6. The tracks look so great because most of them have been recycled from previous games, so the developers have literally had years to work on them.  As a result, the whole track list is feeling a little stale. Since this is a racing game, I should clarify that my problem isn’t that tracks like the Nürburgring are back. I love racing on the Nürburgring, a track that has bled history over the years. Even driving on it digitally is a thrill, but that’s not something I can say for the Bernese Alps, Prague, or the other racetracks that Turn10 made from scratch. These custom tracks are just not that interesting to race on, and they come up way to often in the track rotation. Now, it’s true that Turn10 added 6 new racing complexes like Watkins Glen, Brands Hatch, and Lime Rock to this edition; however, they don’t come up enough in the rotation to keep the track list as a whole from feeling stale.

That said, I have a feeling that the tracks are the way they are because this game is all about the cars. There were roughly 200 cars in Forza Motorsport 5, and now roughly 450 cars in Forza Motorsport 6. Trust me when I say that it didn’t take long for the cars to become the centre of my experience, and instead of racing, I eventually turned the game into my own private test bed. What was I testing, you ask? Well, among the 450 cars in this game is the station wagon that Peter Griffin drives in The Family Guy, and I wanted to see if it could keep up with the cop car that Robocop drove in that live action T.V. show. I wanted to see if a Volkswagen Minibus fueled by hippy love could beat the black and red mercenary van of the A-Team. Would Vin Diesel’s character from The Fast & Furious Tokyo Drift really hold his own against the Toyota Sprinter Trueno made famous by the Initial D anime and/or manga? These were all things I was able to test because the number of cars inside Forza Motorsport 6 is so insane that it literally transcends the main idea of the game.
The main focus of the game is obviously racing, and when it comes to gameplay Forza Motorsport 6 delivers more or less what you’d expect. You start off with a small car that lacks horsepower, and you finish in the top 3 of every race in order to move forward. You do this until you’ve reached the pinnacle of motorsports, and drive cars built specifically to go around a track as fast as possible. The tracks, as mentioned before, are some of the best looking tracks that I’ve seen. The cars all handle in a way you would expect them to handle (based on horsepower), and the game still comes with a full menu of assistance features that will help the newest players get around the track.

The biggest departure from the standard racing game formula is the addition of digital trading cards. People who’ve played Titanfall will be familiar with this concept. For everyone else, you can buy or win packs of digital cards that include Dare, Engineer, or Boost cards. The Dare cards challenge you to do something difficult in exchange for more experience or money; engineer cards give an RPG-like buff to parts of your car; the Boost cards give you some sort of advantage, like removing the ability to collide with other cars for one lap. These cards are only used in the offline modes, and you can only use 1 of each card at a time. It’s an interesting idea but one that became a little pointless after I found a Dare card that dared me to use the 3rd

person/chase camera. I always want to know what’s happening around my car, so in games, I lean towards that camera option already. On top of that, only the Boost cards are consumed. The Dare cards last forever, so the system became pointless once I was forever dared to do something I would have done already. I am a reviewer, not a developer, but I feel like the cards would have had a bigger impact on my gameplay if every card was consumed after one use.
Fans of the Autovista feature—the ability to examine the interior and exterior models of each car—will be happy to know that this mode is back; although, this time it’s called Forzavista. It’s more or less the same as before, and it still makes you wonder how the Gran Turismo developers at Polyphony can launch a game were black boxes are the interior features of some cars. The only real difference from Forza Motorsport 5’s vista mode is that the Top Gear guys are out, and the main female voice narrates everything. Richard Hammond and James May will recite essays on the thrills of auto racing at various points throughout the game, but Jeremy Clarkson fans are out of luck. He was dropped from this game for unknown reasons, but they’re probably the same producer-attacking reasons that cost him every endorsement deal he’s lost in the last year.

It’s ironic that Jeremy Clarkson is not in this game. The jerk character he played (or at least characteristics that he leaned into for comedic value) on Top Gear would have fit perfectly with the average person who plays this game. The biggest problem I had with this game is that almost everyone you race against will end up being a jerk that is incapable of driving properly, or worse, doesn’t care. At every corner of every online race, at least until the field spreads out, you can expect that someone will try to brake by slamming into you at full speed. The first turn of each race is always the worst with multi-car pile-ups guaranteed to collect most of the cars in the field. Multiple times a race I would end up in the wall because of someone tapping the rear of my car with the front of theirs. It’s so bad out there that only world-famous porn star Jenna Jameson has a rear end that’s been tapped more.

Racing offline feels better because I was not constantly attacked by the Forza Motorsport 6 driveatars (A.I. who learn how to drive from data collected from real people playing the game) in the same way that the driveatars of Forza Motorsport 5 (or the online community of 6) would attack me. That said, in order to make the driveatars less aggressive, I checked an in-game check-box that reduced the aggressiveness of the driveatars, so out-of-the-box things still are not perfect. Obviously, I can’t blame Microsoft for the way their community acts, but a review is a recounting of the experiences that someone had with a product or service. My time racing online in Forza Motorsport 6 convinced me to not go back, and I feel the need to point out that I reviewed this game during the early access period. This means I only raced against people who were so interested in this game that they paid extra money to get it early. If the average dedicated fan acts this way when behind the wheel, I am scared to imagine what a casual fan would be like.

In the end, Microsoft and Turn10 have done a wonderful job putting together another Forza game that is near flawless from an artistic and technical viewpoint. It’s unfortunate that parts of the game have come to feel stale, but that’s common for games on an annual release schedule; although, the 450 cars in this game are extremely impressive. That said, the reason why I would not recommend this game is because the majority of people currently playing this game are way too eager to turn each race into a game of bumper cars. If bumper cars are what you’re looking for, I can’t image a better game for you, but the experience will be super frustrating to any gamer looking for a nice clean race.

The main focus of the game is obviously racing, and when it comes to gameplay Forza Motorsport 6 delivers more or less what you’d expect.
REVIEW SCORE
9
File Under: