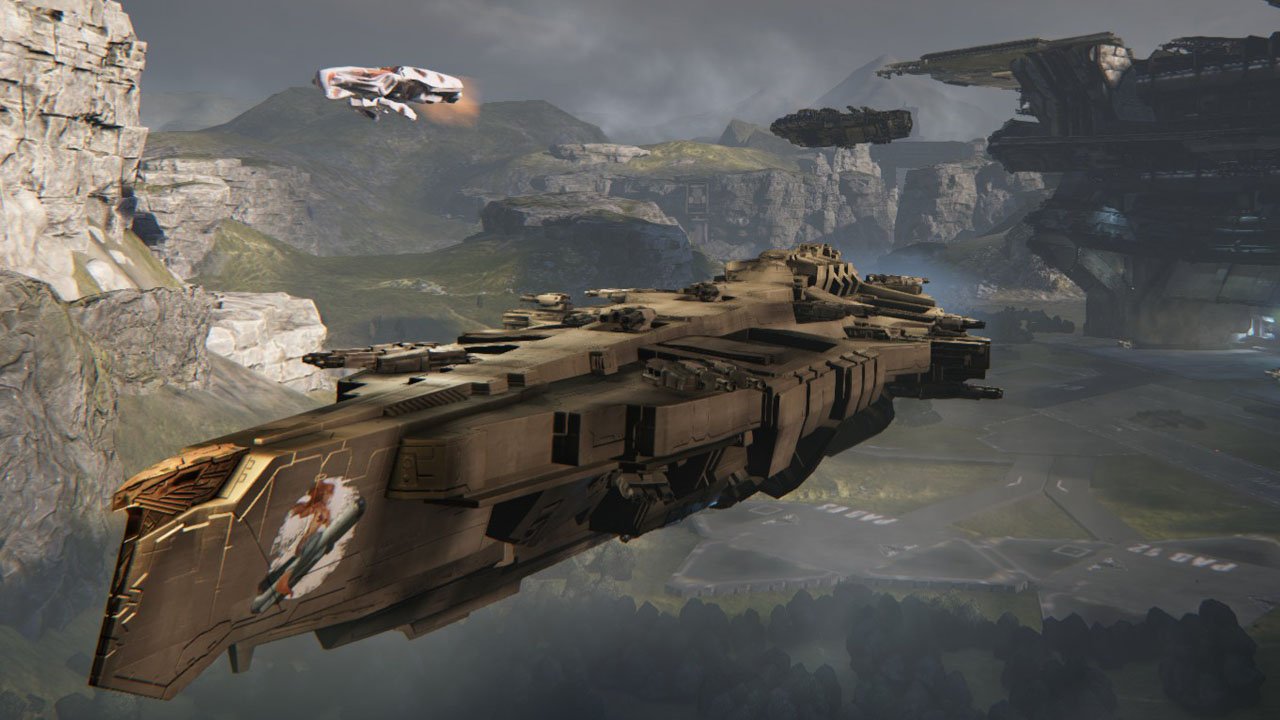 Space; the final battle ground. These are the voyages of the Dreadnought class battleship Fluffy Kitty. Its five minute mission is to be part of a five on five death match with other videogame journalists at E3 2014. To launch nuclear warheads at space vessels who are fighting over a strange planet. To boldly go down swinging like no one has gone down before.

Dreadnought is their attempt to fill a gap I didn’t realize existed until I sat down to play it. The game follows a lot of common practices of current day multiplayer shooters. For example, the game has five different classes, and of those classes, one is a medic. Yes it is still a spaceship but it has a healing beam that could have been ripped right out of Team Fortress 2. There is also a heavy class called the dreadnought, the game has small fast ship you could call the scout and a sniper class of space ship with is basically a big rail-gun attached to an engine.

In terms of game modes, I would be very willing to lay down $20 if someone bets me that this game won’t have capture the flag, or some sort of king of the hill mode. During our E3 time, only team death-match was played because that apparently demos very well. Although Yager did confirm that the game also has single life team elimination, and that other modes would be in the game. Yager just wasn’t ready to name modes at this time.

Gameplay was very much in line with other team death-matches, and by that I mean you find the other team and blow them out of the sky. The controls are very similar also. The WASD keys controls the basic movements of the game, but since they’re space ships the space and shift keys allows you to ascend and descend in the game space. This is very useful since the map we were on was full of Grand Canyon sizes canyons that you could dip in and out of for cover.

As with other shooters on the PC, the mouse controls which directions the guns on your ship points. Each ship also has 4 differet abilities that can be activated. The abilities you get all change based solely on the class of ship you pick, and since these are warships the majority of them are secondary weapons you can launch. That said, since the Dreadnought is so slow it has the ability to wrap around the map. The medic class ship has that heal beam I mentioned before, and the scout class appeared to have some sort of temporary cloaking system.

Fans of the rogue-like game FTL (or Faster Then Light) will enjoy the fact that Dreadnought also has basic energy management systems. The objective of Dreadnought is to win at combat in a similar way to FTL, but Dreadnought focuses far more on combat, movement, and teamwork. While you’ll have the ability to manage your energy to an extent, and raise shields for example, it won’t be micro-management like with FTL.

I did not see it in person, but the development staff behind Dreadnought has also promised that each ship will be customizable in terms of the weapons load-out you take and the visual flair you can add to your ship since each ship is supposed to have a module design. Your crew did not seem to be customizable, but they can improve in terms of skill as you go from skirmish to skirmish.

Other things I did not see, but were told the game has when it comes out in 2015 are an episodic campaign, a reputation system that unlocks perks and powers, and clan support that allows you to form fleets. The most important thing to know is that Dreadnought a simple but fun idea. Anyone who’s ever wanted to be Captain Kirk will certainly find this appealing, but luckily you don’t have to be Mr. Spock in order to figure out how to make the ship work.