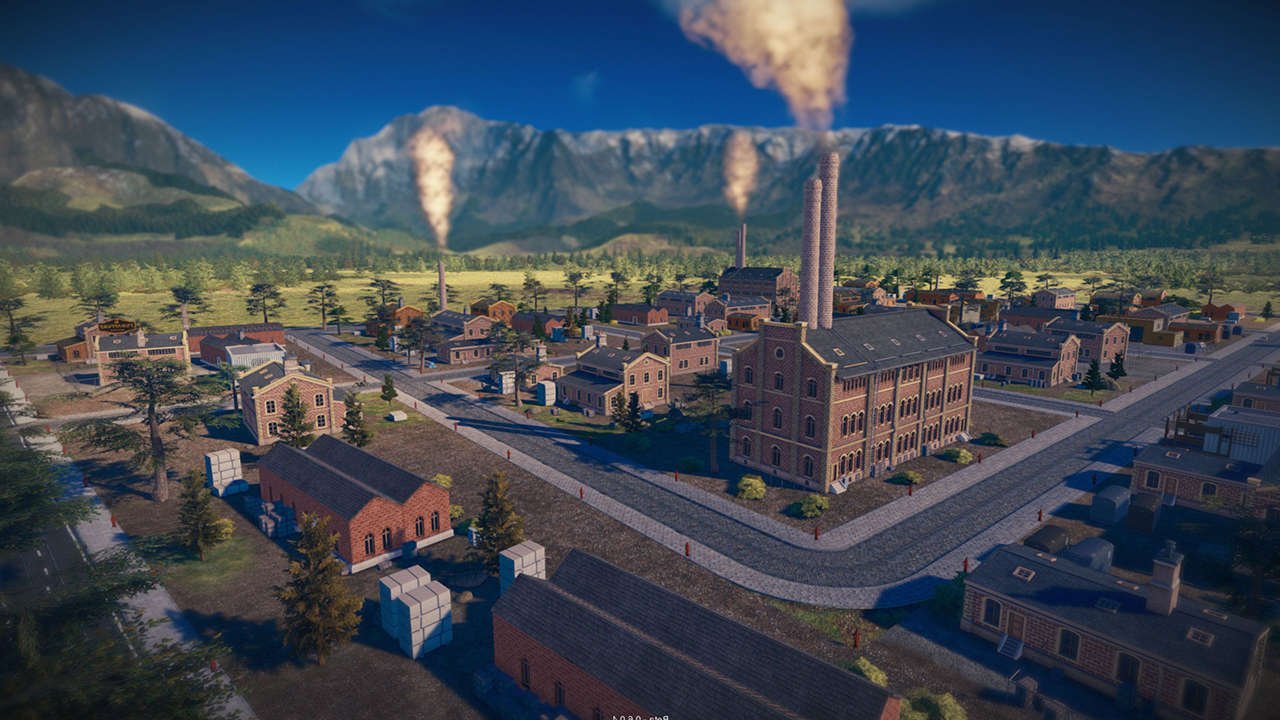 City builders are gigantic time vampires, but in a good way. It’s like every time I pop in SimCity or Sid Meier’s Civilization, that’s my entire day. While they are some of the most intricate games on the planet that require the player to think 15 steps ahead at any point during a playthrough, the idea that a city ruler has no one to answer to and is the sole ruler of a city-state always felt disingenuous. Of course my city turned out great, I didn’t have anyone opposing me. I’m not here to start a debate on whether municipal politics is interesting or not, but unless you’re playing the role of dictator, there are a lot of politics involved in the smallest details of everyday life when it comes to running a city. That’s why Kalypso Media’s Urban Empire is so interesting to me. It takes all the backdoor dealings and behind the scenes political alliances of typical government doings, and mixes them with a traditional city builder. At Kalypso Media’s 10 Year Anniversary Event in San Francisco, they showed a hands off preview for the title, and it’s a game changer.

Kalypso Media has carved out a niche in the city builder genre with the Tropico Series, and now with developer Reborn Interactive, formerly known as Fragment Production (best known for their 2013 title Rescue 2: Everyday Heroes) they look to further that stranglehold on the genre in the best way possible.

To start Urban Empire, you pick a family with its beliefs rooted in different aspects of society. There’s a conservative one, an artistic one, a progressive one, a scientifically minded one — you get where this is going. You start in the year 1820, and the goal is to stay in power until the year 2020. The clan you choose affects your party allegiance, which other parties like and dislike you, your personality, and the type of decisions you might make. The goal is to stay in power,, but sometimes, to do that, you’ll have to compromise some of your most cherished moral or political beliefs. For instance,as a liberal-minded young twenty-something, I faced difficult decisions. Ideas such as taxing businesses more wouldn’t fly in the 1800s with a conservative government in power., However, the town was functioning at a loss, so not taxing the merchant class meant we had to raise the taxes of ordinary citizens to keep the town afloat. ,The further along you go, the more difficult decisions can become, and you eventually start tackling such politically thorny issues as women’s rights and child labour (but we didn’t get that far). But since the goal is to stay in power, sometimes you can’t die on every single hill, or even just on the ones that really matter to you. 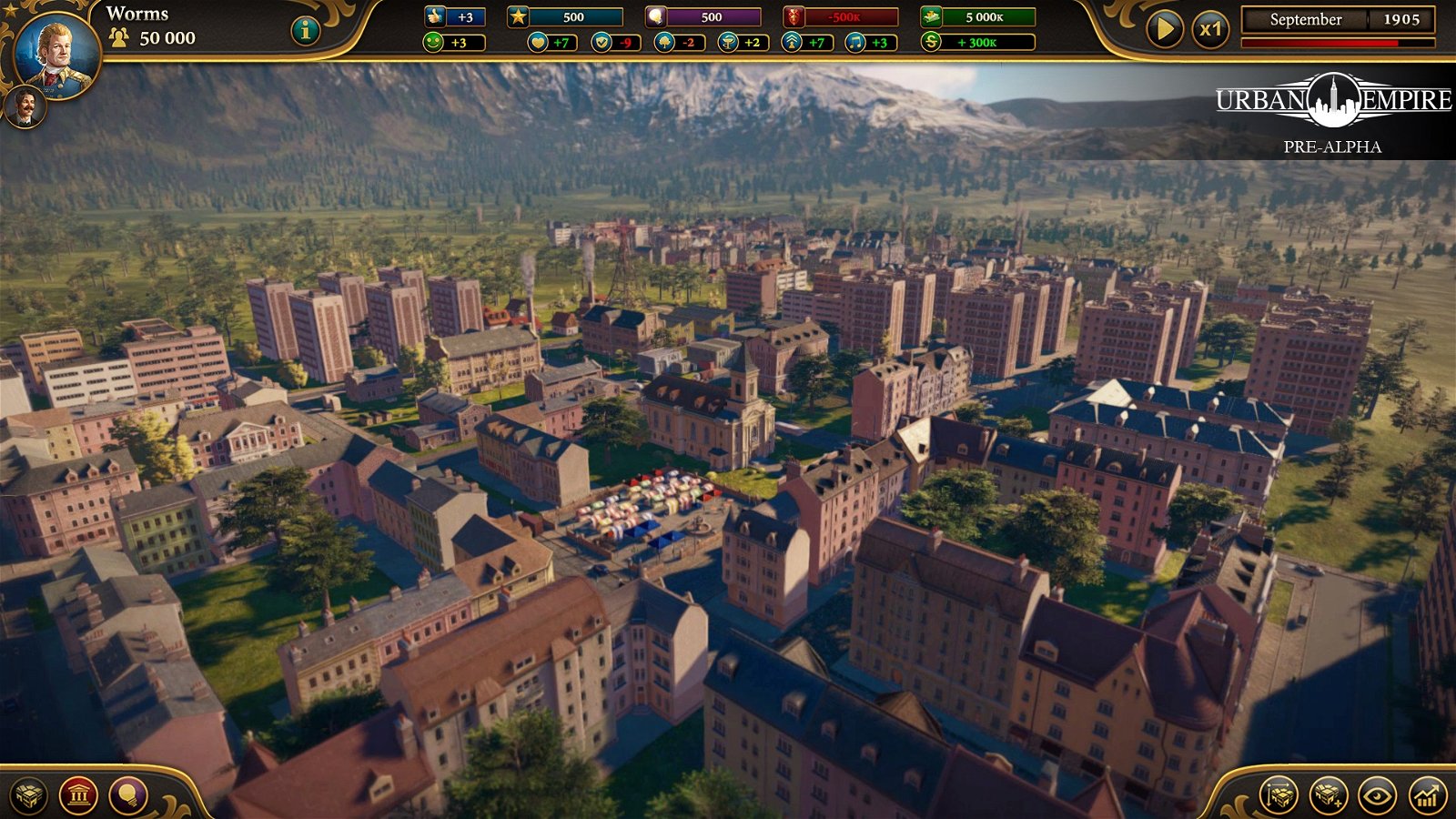 Every decision you make must go through the city council. Each party has their own agenda and beliefs, so a huge part of the game is trying to get everyone on board. Your stance with each party is based on prestige points. Sometimes you can do some back door dealing, or even threaten party members, to get teams on your side in order to pass certain policies, but that only works some of the time. Your party allegiance can also hurt where you stand with other parties, making it harder to pass bills. It’s a balancing act that makes every decision important. But the political aspect is only one part of Urban Empire. You need to keep your districts happy as well. How they feel about the district’s entertainment, security, economy, and such are important, meaning the decisions you make in your area are integral to staying in office almost as much as the political wheeling and dealing.

Much like any city builder, your town’s development depends on how you handle your progress tree. As in Civilization, you focus on certain aspects that will shape your town’s reputation. If you play as the more conservative family, you might prefer to look into building statues and monuments to boost your town’s pride. If you’re a more artistic leader, research into photography might be the direction to go. Those decisions open up still other things to research. We were part of the progress-minded family, and decided to develop a rail system, which opened up the option to use gas powered street lamps, which in turn made the citizens feel more secure. As you play through Urban Empire, the decisions you face will fit with the time period you’re in. For example, you won’t have to deal with the debate over women’s right to vote, while you’re still figuring out how to light your streets. So in many ways the game feels authentic to the time periods it portrays. 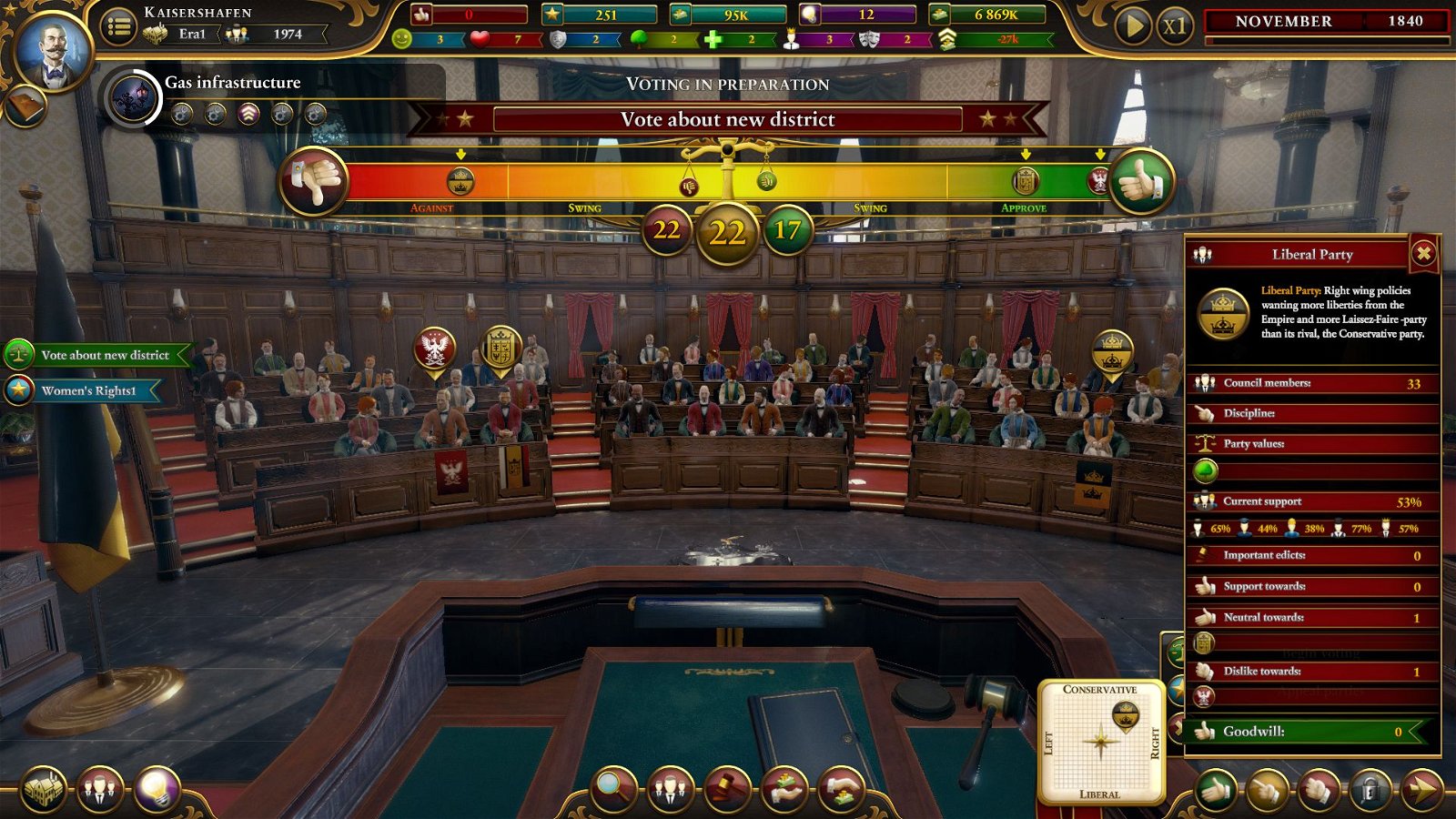 Honestly, I was impressed by how Urban Empire takes all the things fans love about city builders like Civilization or Tropico and adds a whole new element that has never really been explored before. In a genre that’s never really been able to make people question their beliefs and make truly difficult decisions, Urban Empire stands out as having the potential to be the most intricate city builder we’ve seen in a long time.