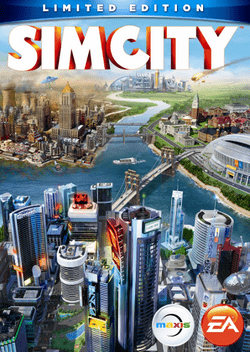 Maxis may have the hardest job in game design there is.

Managing the expectations of thousands of armchair city planners is something even municipal councils regularly fail to achieve; little wonder then that Electronic Arts’ subsidiary is feeling the heat with its latest release.

SimCity , after all, is a legendary series. First released in 1989, it showed to an experimental industry that gaming victory wasn’t all about beating up a heavily tattooed villain. That it wasn’t always necessary to have an ending, a high score table or any real plot. Release a game that simply involved the ability to create a city, and players would fill in the blanks, providing their own entertainment along the way.

All that has really been required of Maxis over the years is to gradually expand this formula in an effort to keep up with PC technology. To that end, larger cities, more expansive build options and the ability to grow regionally has pretty much been the ticket. Coupled with a user interface that continues grow smarter with each release – as well as no small measure of visual improvement – and it’s not hard to see why SimCity continues to largely sell itself.

It’s been ten years however since the last full-sized helping of SimCity; time which Maxis has spent wisely concentrating on cash-cow permutations of The Sims, as well as the rather less successful Spore. Only announced and demonstrated for the first time in 2012, this latest SimCity is somewhat of a surprise, but as with many projects Maxis embark on, it’s a welcome one.

An unskippable tutorial carefully lays out the basics, enabling players to build roads and zone areas between residential, commercial and industrial, as well as introducing loftier concepts such as power allocation, sewage works, garbage collection and emergency services. It’s managed ably, and even ham-fisted newcomers won’t feel overly intimidated with the extensive choice at hand. A continuing trend towards simplicity at the UI level is something that Maxis seems to lean heavily on, and nowhere is it more welcome than when staring at a blank patch of land in the middle of nowhere with a stack of cash and an entire weekend free.

When starting the game proper, players can choose between scooping up their own little corner of an entirely new region, or searching online for a currently occupied region and staking a claim in someone else’s game. Should players prefer a solitary match, then the ability to create a private game exists, and a sandbox mode with all building options unlocked is available right from the start too – albeit without any access to leaderboards.

It’s here that the first of several major problems becomes apparent. SimCity is an online-only game – that is, it cannot be played without an Internet connection and Electronic Arts’ Origin service. But more than mere digital rights management, the entire structure of the game is angled heavily towards co-operative online play. Whether the player chooses to accept it or not, SimCity is built with resource sharing in mind.

In order to reinforce this, land allocated towards the building of each city is vanishingly small in comparison with previous titles. Upon starting a new city, a two kilometre square patch of land is marked out on the terrain, and that’s all the player can ever look forward to mastering. What passes as a city for Maxis would be a neighbourhood in Los Angeles, and whilst admittedly multiple cities can be created in each region, they’re never linked together structurally and merely serve as facsimiles of each other, offering different resources in stark visual isolation like distant spots on the same petri dish.

As can be expected however, what Maxis manages to squeeze into a little less than five hundred acres is a joy to behold. There’s never been a SimCity released with such variety and complexity. Each public building offers multiple paths towards upgrading, with the ability to add new service buildings and even embark upon training and research to further unlock new structures.

Graphics and animation are beautifully detailed even when fully zoomed in – even mid-range PCs should see the benefits of the new GlassBox game engine Maxis has clearly laboured over.

Unfortunately, due to the small city footprint, it’s often necessary to demolish perfectly profitable structures to accommodate the expansion of public buildings. There may be a population-dense apartment unit servicing high-value residential Sims, but if the nearby university needs a few extra buildings, it’s going to have to get sliced down because relocating the campus to another part of town isn’t an option when every square metre is already occupied.

Of course, these additional buildings will seldom fit neatly into the neighbourhood. Planning for a large city whilst in the process of floating a small city is an arduous process that is virtually impossible to do without creating long-term annoyances; something perfectionists will find incredibly infuriating as each city grows.

Curiously, the ability to install subway stations or indeed any subterranean infrastructure is entirely absent. Ditto for the ability to terraform. Natural disasters – long a staple of the SimCity experience – still exist, although being hit with a meteor more than once in a game seems to be a cruelly unfair distortion of probabilities.

For the benefit of simplicity, all public services are routed through a necessarily expansive road system, including electricity, sewage and water, meaning that building placed without road access will fail rapidly. It’s a departure from the system of power lines Maxis demonstrated at EA’s London Showcase last year, but it seems to provide a much more cohesive method of achieving the same outcome.

There’s nothing simple about the city overlay screens, however. The data at hand is extensive, and the ability to drill down to virtually every aspect in each city has clearly been designed for micromanagement enthusiasts. Even if the statistics can sometimes be a little shaky, and the average Sim-in-the-street often complains about issues that simply don’t exist, what has been created is often detailed and enthralling.

There will come a time in each game where the city size limitation will force specialisation, requiring the player to elect how best to serve the overall region. Gambling, for example, can be structured to provide a boost to the economy through tourism. The market in Petroleum or Metal can also be cornered to provide economic stimuli, and each city isn’t limited to one industry. The best results come when mayors decide amongst themselves how to take advantage of each “Big Business” option to co-operatively gain more revenue for the entire region.

Throughout everything offered by this latest SimCity release, co-operation is the underlying theme. Gone are the days where new land could be sculpted, and ramshackle outposts converted to sprawling metropolises without so much as a byte exchanged with any other living soul. SimCity has moved even closer towards integration with The Sims, and more open as a title towards casual players looking for shorter encounters.

Played with a group of friends or trustworthy allies content to expand rather than sabotage, SimCity is a wonderful distraction and easily worth the price of entry. But for those hoping for a large-scale building simulator packed with sprawling neighbourhoods, complex transit systems and millions of citizens to placate will need to look elsewhere.

SimCity , after all, is a legendary series. First released in 1989, it showed to an experimental industry that gaming victory wasn’t all about beating up a heavily tattooed villain.
REVIEW SCORE
7
File Under: Electronic Arts, Maxis, Simulation