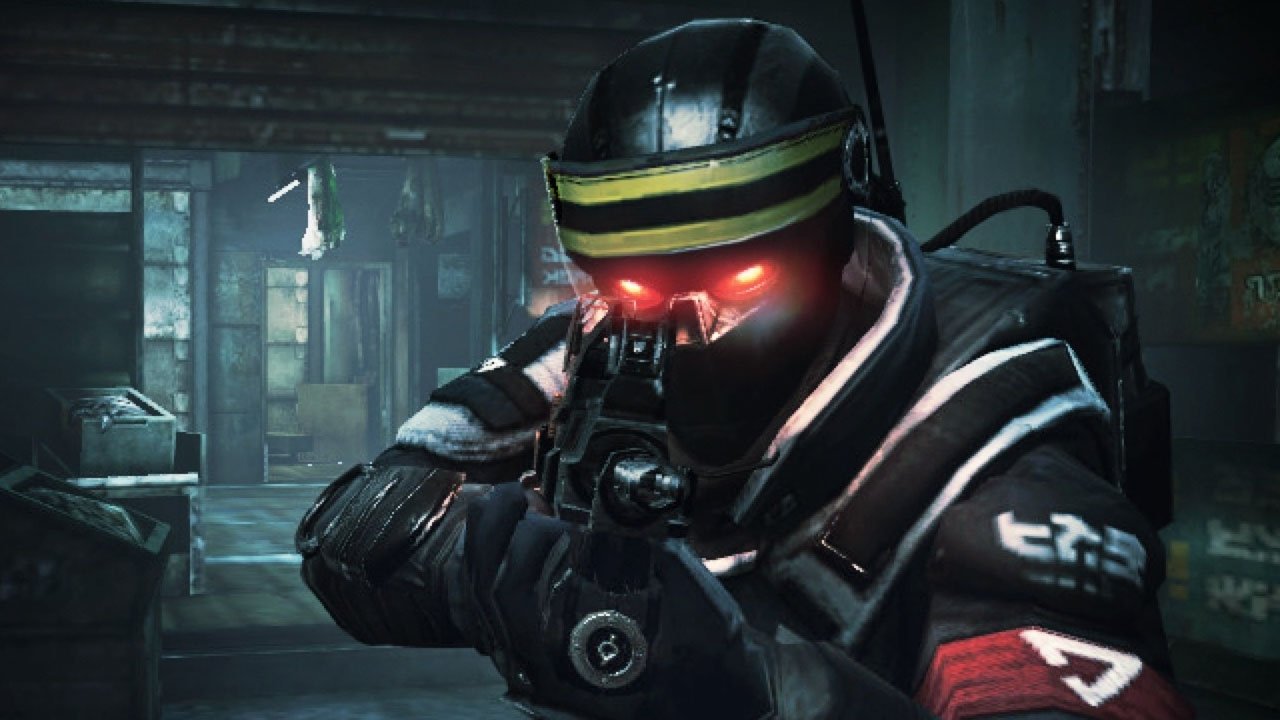 It’s Not The B-Team

The PlayStation Vita is in the unfortunate position of being a fantastic piece of hardware that’s suffering from a dearth of must-own games. True, there are already a few exclusive gems here and there like Gravity Rush and Wipeout 2048, but the bulk of the Vita’s good games are either smaller indie titles that don’t really push the hardware, ports of past greatness such as the sublime Persona 4 Golden, or cross-play games of console titles like Sly Cooper: Thieves in Time. Now there’s a new contender on the block, Killzone: Mercenary and Sony was good enough to send out some preview code so that we could try it in the comfort of our own home rather than in the noise and bluster of E3.

This preview code is the same sequence that was playable at E3, involving the mercenary of the game, Danner, being assigned to infiltrate and hack the arc cannons that were pounding the Vektan invasion so badly at the beginning of Killzone 2. Unlike past FPS games on the Vita such as Resistance and Call of Duty, this project was not handed off to some other company to quickly farm out. Guerrilla Cambridge the sister studio to Guerilla Games is handling the development duties, and they take their responsibility seriously. The graphics—as much as is possible on a handheld—are impressively close to the original PS3 versions, and once again show off just how powerful the Vita is. There are a few hiccups to the frame rate here and there when the action gets too hectic, and it’s unclear whether that’s simply the limitations of the hardware, or something that will be optimized in the final retail release.

There’s only one mission to play here, but it shows off the depth of the game and makes it immediately apparent that Guerrilla Cambridge is treating this like an “AAA” console release, rather than a cheap spin-off to make a few bucks. The controls still have the same weighty feel that the console original was controversially known for, but that’s also affected by the most interesting addition to the game; customization.

In addition to the usual FPS activities of shooting, pushing buttons, climbing ladders and melee-ing unsuspecting Helghans in the face, there are equipment options that give the game an RPG-lite tone. One piece of armor can be bought and equipped that makes the player a tank, better able to soak up bullets, while another is lighter, quieter and favours stealth based gameplay. Accessories like the “Vanguard” flying droid seem to be teasers for the OWL drone that accompanies players, in Killzone Shadowfall on the PS4 while other equipment allows for cloaking and running invisibly through the level.

The other big change is cash. Players earn cash for doing everything from picking up spare ammo to getting a headshot. This cash can be spent at vendor boxes scattered throughout the level for more ammo or equipment upgrades. Cash is also lost whenever the player dies, so it quickly punishes sloppy play with a growing hole in the wallet. Surprisingly, these missions are repeatable as the preview code made it possible to retake the same mission with all equipment and purchases intact. This means that those players with a grinding sensibility can go back and re-take easier missions to make back some money and buy/upgrade more gear to better take on the tougher missions that are presumably later in the game.

It’s still too early to tell whether Killzone: Mercenary is going to be the Must-Have FPS Vita game that the system’s been clamouring for since launch, but one thing is abundantly clear at this point; Sony didn’t take the cheap and easy route with this game. The depth of the gameplay and the production values all point towards Sony finally trying to create that showpiece FPS that will justify the powerful hardware and those twin analog sticks.