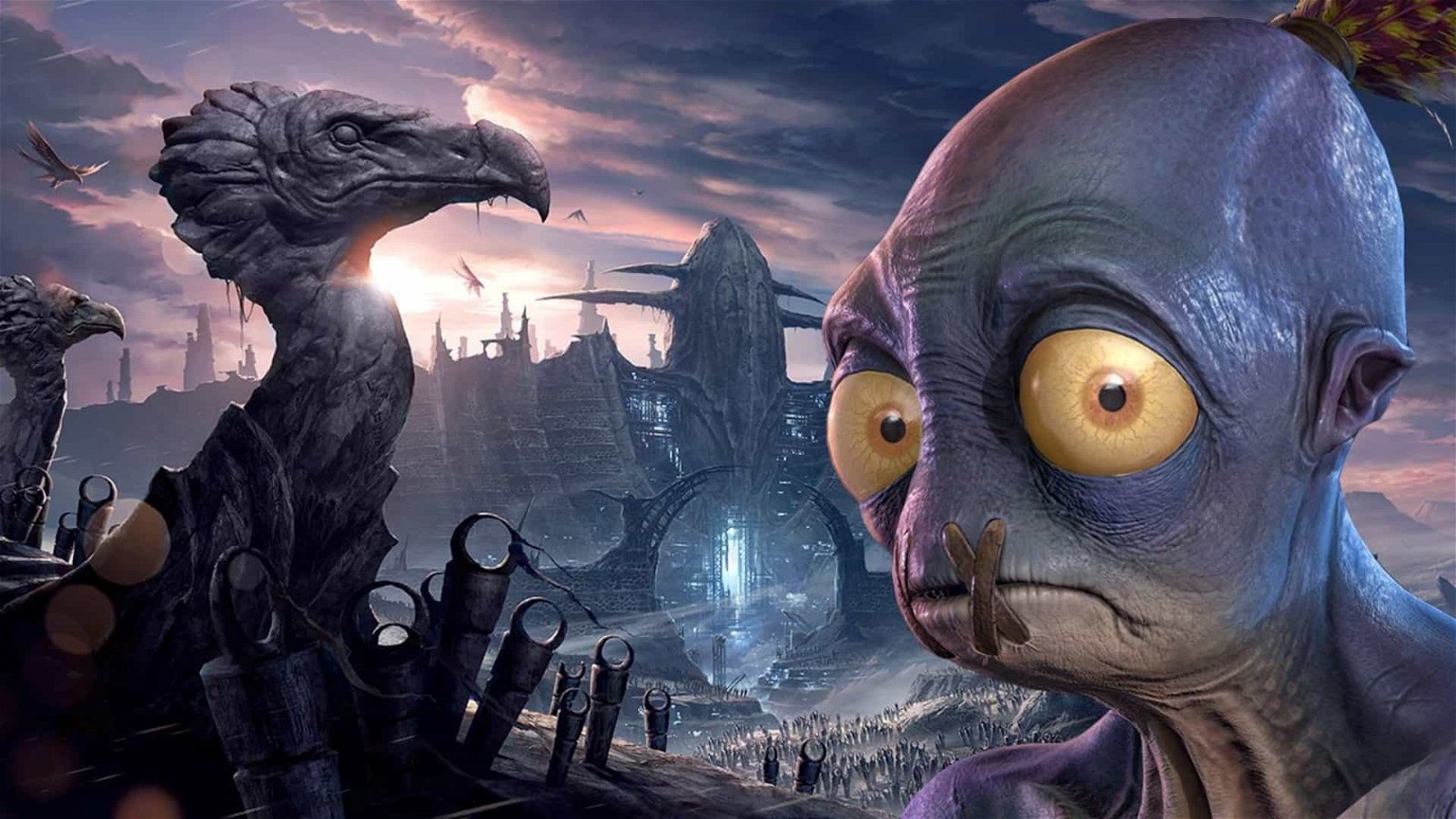 If you talk to anyone who grew up gaming in the 90s they will at the very least know of the Oddworld series. The 1997 release of Oddworld: Abe’s Odyssee marked a milestone for a now long-running series, one that has captured the hearts and minds of players worldwide. Now in 2019, we are getting our first taste of the new entry in the series: Oddworld: Soulstorm.

Built with the power of Unity, Oddworld: Soulstorm takes the Oddworld series and pushes it leaps forward in terms of fidelity and concept. Yes, there was Oddworld: New & Tasty, a release that revamped the engine to give the series a more modern facelift, but Soulstorm is a new and original entry that fully utilizes the potential of modern game engines, and it does so with gusto.

While it is a while to go before Soulstorm hits stores, slated for a 2020 release, the demo on display pre-e3 2019 offered a good taste of the new formula. Soulstorm carries through the typical 2D mechanics we know and love from the series, only now with an improved follow system, crafting, explosives, and enough visual flair to make even the most jaded player a little excited for what this game has in store.

One of the most exciting changes in Soulstorm is the shift to a 2.5D perspective that offers up some impressively cinematic moments. While this effect is often used to convey story elements or foreshadow areas, it also is used to craft some truly impressive set-piece moments. In the short demo we played, the use of trains heading towards the screen as you work around them made for some very tense and exciting gameplay.

Playing a level set somewhere around halfway through the game has our hero Abe working to save his fellow Mudokons from lives of indentured servitude. On this mission, you will need to use all the tools at your disposal to not only save as many as possible but to try and do it with the least amount of issues along the way. To aid in this quest you have a series of items, craftable weapons, and good old fashioned stealth.

From avoiding guards to searching through trash cans and lockers, the world is your playground to find the best way to achieve the goals. Each level has numerous ways in which you can go about completing the objectives, from carefully sneaking around the obstacles to going all out with weapons, lighting the world ablaze. Clearly, since the team was kind enough to give us all the power of unlimited items, I went all out, testing each item and seeing how I could take on the level.

Things got even more fun when I set every one of my followers up with flame projectiles. The destructible segments combined with the fire effects caused things got interesting very quickly. Yet even with all this mayhem on screen, the levels still managed to work as intended. While I lost many followers due to the firestorm of my own creation, I was still able to finish the level. It is a testament to the craftsmanship at play that even with the world on fire, the puzzles and segments still manage to work as intended.

Since not everyone has the option for developer cheats, the crafting and scavenging aspect to Soulstorm is paramount to the experience. Hunting down odds and ends is integral to finishing a mission. From rubber bands for switch puzzles to know how to distract a “Slig” guard to get a new follower, the game is built to experiment with and enjoy.

From the visual look to the overall design, Soulstorm manages to be a game that stands above the crowd. While the Oddworld series is long-running, the charm and style it possesses even this many years later is undeniable. There is something satisfying about getting to the end of the level and seeing the followers you have worked so hard to save finally escape to their freedom.

The demo of Soulstorm on display for Pre-E3 has once again woken the excitement for the Oddworld series. This new, 2.5D look gives it a fresh look that brings new life to the world, and the intricate level design and unique style make it exciting and fresh.

The team at Oddworlds Inhabitants has made something exciting, and while the release date is still a while off, one thing is clear: they have found a way to rejuvenate the series while maintaining the core heart that has carried it this far. There are still many questions I have for the final game, but since it is not hitting stores till 2020, they will have to wait. For now, if this slice is anything to go by, Oddworld: Soulstorm is shaping up to be something special.