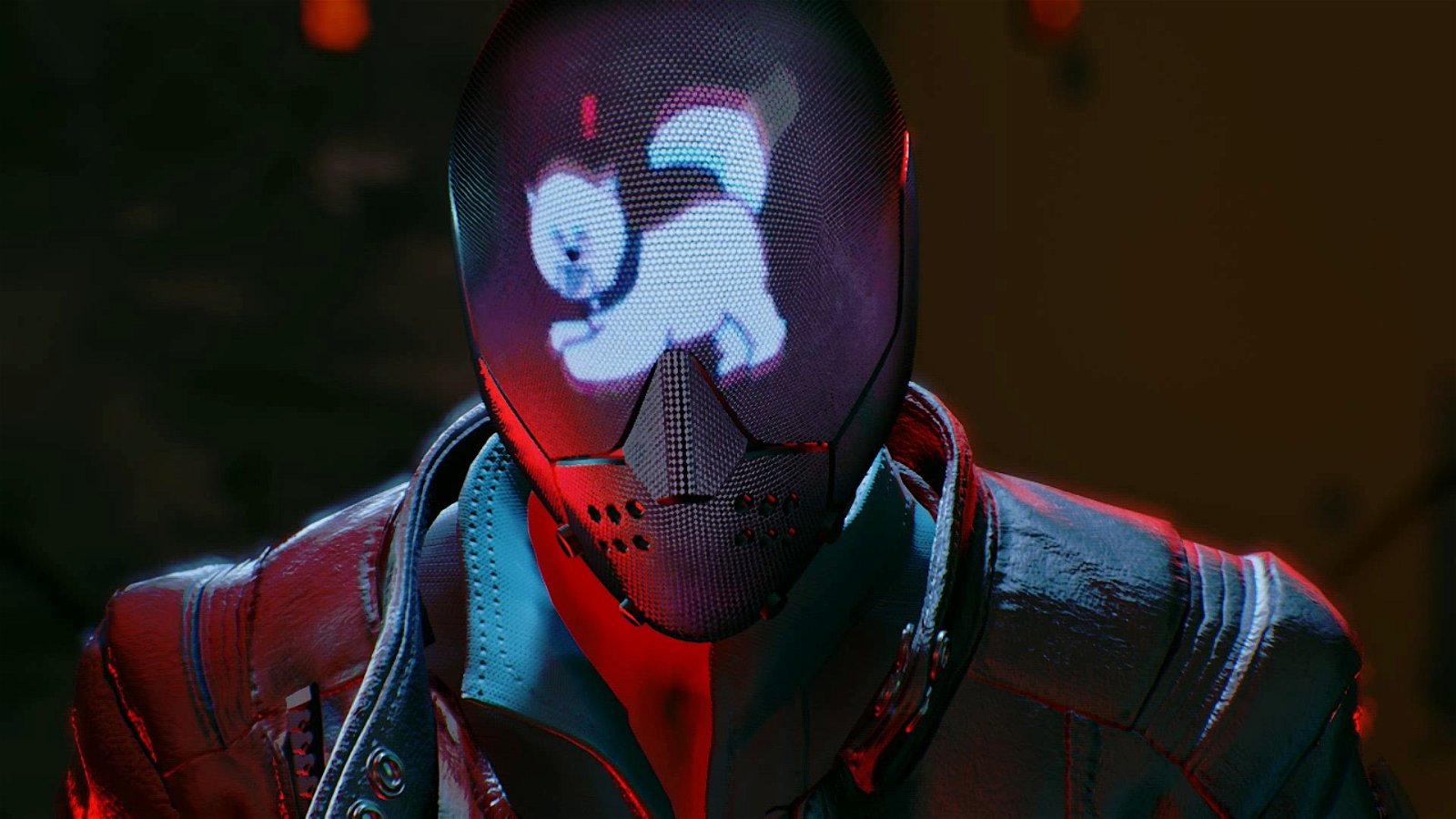 Pax is a chance for players from all walks of life to get a sneak peak at some of the most exciting new games coming out from developers all over the world. Outside of E3, few places offer this level of access to, or give a better look at what new exciting games will soon be on consoles and PCs.

This year’s Pax East was no different. From the small teams to the big publishers, there are some amazing games on display.  Walking around the show floor, it was nearly impossible not to find exciting things to play, and while it was near impossible to play everything on the show, I did manage to build a list of titles I felt were most interesting and engaging. Clearly, there will be a few games that could not make a list, but if you have the time, all the games on this list are well worth your effort to track down and play.

It is no secret that I am a fan of games that try and mix a physical world with a video game space. Using virtual representations of real objects to build game worlds always felt like a fresh way to built on play spaces. Games like Little Big Planet hit that special spot in my heart that few games do. With that in mind, I was not sure what I should expect walking into the demo for GNOG from KO_OP and Double Fine.

Marketed as a “3D puzzle game set in a tactile world of Toys and secrets” it asks you, the player, to sort out a selection of puzzles by simply exploring the environment and seeing what works. It is a simple concept at face value, but after some time playing with it, it’s easy to see what makes GNOG so unique. It is not a brand new concept, but the way the team has executed it makes it truly unique and fun. Coming to the PlayStation 4, PC and iOS in 2017, GNOG is a game that needs to be experienced to be believed. It is a work of art and one that anyone that enjoyed puzzle games needs to play.

With so many little shops in RPG’s, have you ever stopped to think where these merchants get all their merchandise? This is the premise of Moonlighter. This action rouge-like RPG puts players in the shoes of a shopkeeper as you run your little shop by day. Players will decide on prices of items, and try to meet the needs of the adventurers that stop by your little shop. By night, you dive into procedurally generated dungeons to scour for the materials and items that will bring all the people looking to quest to your store. It is a great mix of the best parts of shop Sims, and light, fun action RPG’s and it are all done with a simple pixel art aesthetic.

The shop-keeping mechanics were oddly fun. I enjoyed watching the questers as they pondered items, seeing their reaction to the prices as I quickly tried to maximize profits while still keeping everyone happy. The full process had a bit more impact, due to the fact every night in the game, I had to risk dying to get each item on my little store shelves.

Developed out of Spain and published by 11-bit studios, Moonlighter is a fun little experience that is far more engaging than the first impression may let on. Even the short demo I managed at Pax East got me hooked on the simple mechanics. It is a game that even in a short demo setting gives you a taste of what to expect, and even gives you the core information to make the game fun. Initially launched as a Kickstarter, Moonlighter is a game that screams charm. It is still in active development, so there were a few rough edges to work out, but if the team get that final coat of polish on, Moonlighter will be a game to look out for on Xbox One, PlayStation 4 and PC in 2017.

Have you had enough of your corporate overlord and are in dire need for a revolution? Such is the world of Tonight We Riot, set in a dystopian landscape where corporations dominate the landscape, and everyone is on their payroll. It is up to you, and your compatriots to rise using whatever you find lying around to fight the oppression. The team at Pixel Pushers Union 512, have finally built a game that gives power to the people.

Tonight We Riot is a side-scrolling co-op brawler, where the player takes control of the instigators of an unruly mob as they rise against their oppressors. Like many similar games of the lilke, Tonight We Riot lets you as fight against the establishment using first, brick, militia, and anything you can get your hands on. You alone or with a friend must work your way through a series of levels, where you rally the masses and break stuff as you go.

Playing through a series of levels on the Pax show floor with one of the games developers, I managed to deliver a crippling blow to the establishment by destroying cars, drones, buildings and anything that stood in my way. The mod at your back, acts as a sort of life bar, with the more you have standing behind you, the more damage your cause can ultimately take.

The culmination of this madness is the boss fight on display. You as the rioters must fight a corporate headquarters. With the building transforming into a giant robot with rocket fists, it is hard not to have a blast playing it. Combine that with a fun 16-bit pixel art style, and you have a co-op game that will be perfect for parties or just those times you want to cause chaos.

The demo on display at Pax only gives a taste of what the full experience will be, and sadly only showed off one tile set the whole game will utilize. But even with that, I am intrigued to see more of Tonight We Riot and experience what the overall experience will be like when it launches on PC later in 2017.

When I first saw the trailer for Ruiner, I was hooked. Taking some of the best ideas from Anime, science fiction and gaming, putting them in a blender and letting things go, Ruiner is a kinetic spectacle in the best possible way. On the surface, it appears to be a cyberpunk Hotline Miami, but under that surface, there is a much more complex and engaging experience.

The main character has a look that screams “cyber cool” equipped with a digital display mask, and a cybernetic body borrowing from complex concepts and delivers them in a stylish, exquisitely polished package. Reikon Games, the small Polish team behind Ruiner, have constructed a game that I am amazed exists.

At first glance, it is astounding a team this size built the game. Running on Unreal Engine, the visuals and cut scenes that, at times, rival what is seen from large group AAA studios. The world feels vibrant and alive, filled with characters that live on the fringes of the law. It was difficult to tell who to trust or where the story will lead. Having your mind hacked leaves you were wondering, never fully knowing who to believe, or even what is real. With that constant sense of disassociation, you are left guessing at knowing who the protagonist is and what is going on under that mask. It is an oddly unsettling feeling that pushes the action in a twisted and ultimately disturbing direction.

Gameplay wise, it is an as frantic as it is stunning. You must chain attacks, defense and weapons to tear through the enemies in the game, with one wrong move leading to failure. Once mastered Ruiner manages to be something special, even when using a keyboard and mouse, it felt fun, fast and rewarding. I have been told the team are working on controller support, and apparently, that makes the game even more kinetic and exciting to play. Coming to console and PC in 2017, and I know for me, it will be a day one purchase.

Have you ever wanted to be transported back to the mid-90s, where the age of the 3D shooter was fresh in people’s minds? Those were the days of Quake, Doom, Duke Nukem 3D, Blood, and so many others. These games were simple; you killed all the monsters that came to you as fast, and as brutal as possible. This is the mantle that Dusk, a new shooter from publisher New Blood, decided to pick up.

For a game built in Unity, you would think it was built in an old version of the Quake engine. The visuals are a true Retro throwback of the best kind. It feels as if it were a forgotten gem from the period and only now uncovered. Built by a small team, and aimed to tickle the nostalgia bone, Dusk is a game that any retro shooter fan will enjoy to sink their teeth into.

Gameplay wise it is exactly as you would expect. Going through a series of episodes, all with unique locations and monsters, Dusk is a game that I am excited to see the full depth of. Beyond the retro throwback gameplay, the developer also managed to throw in some visual models that harken back to all the styles of games we saw when we booted them up on our 586 machines. From the look of early 3DFX cards to the software render look of old shooters, Dusk manages to capture all that in one, oddly unique package.