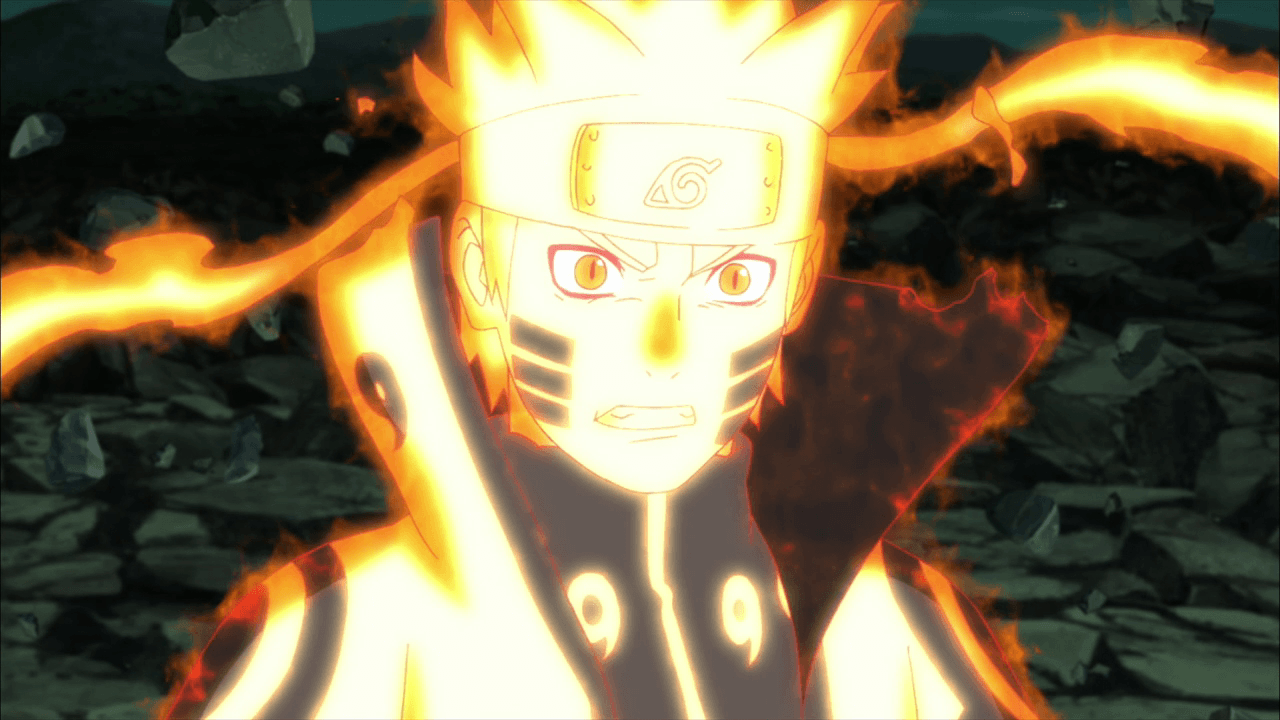 Naruto has always been an anime that I have admired from afar. Stunning animation for a TV show, along with fantastical concepts, made it something I always wanted to dive into. Sadly, with university at the time, I never had the hours needed to dig into the 300+ episodes on offer. This was true of the games also. They always felt like things built for fans, being impenetrable walls for new people to the series. Now, with a new platform, the team at CyberConnect 2 have managed to do what I always hoped I would see, bring the anime to life in a playable form and make it so anyone can enjoy it. During the demo and talk with the CEO, Hioshi Matsuyama it was clear that they viewed this game as something for the fans by people that really care for the series.
Sitting down and playing though the latest chapter in the Ultimate Ninja Storm series was an interesting one. I watched other journalists try their hand at it, and although it looked stunning, I assumed the game basically played it’s self a-la God of War. The things that where unfolding on screen seemed to be taking place on a far too large a scale to allow the player to actually have control over what was going on. Yet finally picking up that PS4 controller and diving in I was surprised.

Control felt fluid and fast. I was picking up control of Naruto as he and his friends fought a full army of creatures. Standing on a giant frog, it was up to me to take on the force and slowly take down the numbers. With little trouble I was pulling off some bombastic moves. Within five minutes I was managing to lay waste to countless enemies. Avoiding the slog that many titles that have the player face legions of enemies, Ninja Storm 4 manages to keep a good balance with challenge and the feeling power.

[quote_center]..it feels daunting for anyone that may not know everything there is to know about Naruto..[/quote_center]

Capturing all major characters from the current series and movies of Naruto is a truly astounding feat. Each with their unique moves and attacks makes this one of the biggest rosters of a Naruto game to date. Not to mention that they all feel as they are pulled straight from the anime. The voice talent from the American, Japanese, Brazilian, and Mexican are all featured, so anyone that knows the series will feel at home in the game. That being said, it feels daunting for anyone that may not know everything there is to know about Naruto, or may have fallen off from watching the series.

When we sat down and talked to Hioshi Matsuyama, I wanted to see if I or anyone who may not know the series well could enjoy the experience of Ninja Storm 4. According to Matsuyama san “Even if a new player comes to the anime, it would still be okay to play this game. It would be no problem,” as they developed Naruto, they kept that concept in mind. He goes on to say that “if the player is going through the story we have elements to explain why the story is going on as it is and what the background is to all the characters and events the player will encounter. We will give tips, or flashbacks to give the information about why the story is going where it is and what has happened before. So even if the player does not know about Naruto, they can still have lots of fun.”
[quote_center]So even if the player does not know about Naruto, they can still have lots of fun.[/quote_center]
The capturing of the core concepts of anime and letting you play them is what makes this title so exciting. Similar epic scope was seen with Asura’s Wrath from Capcom, but despite a beautifully insane story, the lack of control on the action was disappointing. I wanted to have more control over the battle with space Buddha, but it all really felt like a simple section of quick time events. They felt abstracted from the experience, taking away what made the game so unique. I would rather have popped in a movie of the game and have someone else make the choices to keep things moving along. Ninja Storm 4 manages to find that balance though. The action seen on screen gives you the same you are doing things. When you press down on the X button things happen, you are tied with the action. When there are quick time events that are placed are used well to move things along. Somehow the developers have avoided that problem that plagues so many games today, at least in the demo they had on show, that the player never feel taken away from the action on screen.
Even with all the things I have mentioned, the visuals have to be the most astounding. I don’t know what black magic the team at CyberConnect 2 used, but I want more anime or cartoon based titles to use it. There was times I was convince I was watching an anime cut-scene only to be alerted I was actually a part of the action. Even with all stunning visuals, the game was fast, and very smooth. Really if you ever wanted to jump in and control an anime, this game is as close as I have ever seen.

Playing though the segments I managed to, although I had fun doing so, I also felt like I was missing out on the thing that makes the series special. I only tangentially know what was going on, or who these characters where. I did not know why the battles taking place mattered, or who these forces they were fighting where. It was pure spectacle, all-be-it well crafted, spectacle none the less. As it feels now, since the series is so deep into its own mythos, much will be lost on the casual player. Until we have our hands on the full game it is hard to say for sure, but if the team manages that balancing act, it could be the must-own anime game of 2015