New World is Amazon Games’ massive multiplayer online (MMO) role-playing game (RPG) flagship project, released on September 28th, 2021. The game has enjoyed enormous popularity since its release, and if you’re looking for tips to level up faster, this article is for you.

New World has a cap of 60 levels that you must clear to reach the endgame. Like all MMO RPG games, how fast you get to the endgame depends on your ability to complete quests, collect resources, and kill enemies while earning experience.

Below, find seven handy tips on how to master New World and level faster in Aeternum, the game’s supernatural island.

Get a Movement Skill

You cannot sprint in New World, which means your ability to travel quickly between areas in Aeternum is limited. This can put a damper on how fast you gather resources and level your character.

Given that you’re fighting for resources alongside other players, you cannot afford to be the slowest on the field. Good thing you can use fast travel, but you’ll need to buy this with Azoth, a supernatural mineral present in the game used as a form of currency.

Since you might not have enough resources to obtain this mineral in the game’s early stages, getting movement skills will come in handy. You can get some of these skills through weapons that increase your speed when engaging an enemy.

In New World, there are four types of quests you can participate in; Main Story Quests, Side Story Quests, Faction Missions, and Town Projects. All four can earn you experience, but the Main Quests will give you more XP.

The more main quests you can complete, the faster you’ll be able to level up. It’s therefore wise to first prioritize these quests, especially in the early game when you don’t need a lot of XP or resources to level up. But, this doesn’t mean you should completely ignore the side quests. While completing your main quests, it’ll make sense and give more rewards if you take care of any side quests on the way.

The additional experience will come in handy when the XP gained from quests in the main storyline is insufficient to level your character. It’ll save you the time you would have spent going back to areas you’ve already travelled through in search of side quests to top up your XP.

Later on, when you join a faction, it’ll also help to take on some missions alongside your main quests. There are three factions in New World; Marauders, Syndicate, and Covenant. You’ll get into one after reaching around level 10, and you’ll get six faction quests. Faction missions offer the most XP after main quests, so they can significantly impact how fast you level up.

Make Use of Free Faction Resources

When you join a faction and complete faction quests, you’ll earn currency that you can use to buy armour sets from your faction’s shop. But, other than the supplies you need to work hard for, there are others you can find within your faction for free.

Within settlements controlled by your faction, you’ll find supply carts containing resources such as cloth, food, and lumber. These are resources that can come in handy when completing Town Projects. The best part is that they are free, so make sure to grab items you need when you come across these carts.

Given that these are things you’d need to go out and gather or hunt for, using the supply carts saves you a lot of time and allows you to gain more XP, ultimately levelling faster.

Questing is the major way to gain XP and level up in New World, but it might not be enough to get you through the levels smoothly. You’ll need to take part in crafting throughout the storyline to gain crucial experience points to help you level your character.

Items that you can craft in New World include weapons, potions, stone blocks, and more. You’ll need to gather materials from the surrounding area to make each of these items, so farming in a region that provides the materials you need is important.

For instance, you’ll need iron ore, hide, and wood to make weapons. You’ll save time by crafting in a zone where you can find each of these in close proximity. Taking part in many crafting missions will raise your crafting skill level, allowing you to make more durable items that’ll come in handy in gaining XP.

New World Coins are the main currency in Aeternum, and you can use them to gain a variety of in-game items, including weapons, houses, and armours.

There are several ways to gain New World Coins during gameplay, including rewards from successful quests, selling loot from battles you won, and selling gear you crafted. The downside is that this can take a long time and energy, keeping you from buying high-quality items that you need to improve your gaming experience. Fortunately, there are other ways of getting New World Coins without having to farm.

One of New World’s most crucial crafting skills is cooking, which you’ll need to complete to eat. Eating helps with health recovery and ensures that your HP remains high between fights. The game tutorial shows how to cook using meat from animals you’ve hunted, but this is not the only good option you have.

When you become a member of a faction and a settlement, you’ll get an opportunity to complete missions placed on the Town Project Board. This board will contain tasks that any player in the settlement can claim to gain XP and help upgrade the settlement, fort, or improve lifestyle.

The quests on the board may be looking for hunters, cooks, alchemists, carpenters, or a range of other occupations. When you select a mission, you need to go out and deliver the requested items back to the settlement.

To level faster, choose quests that require minimum farming to complete and earn you more XP. Avoid tasks to look for rare resources that could take a lot of time without much of a reward. If no efficient mission is available, wait for the board to reset to get a chance to choose again. The board resets every half hour, so keep an eye out for that.

Amazon’s New World was one of the most-watched streamed MMO games in 2021, and that alone is proof that a lot of adventures await you in Aeternum. We hope that these seven tips will make the experience more enriching for you. 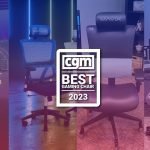 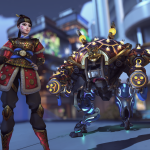 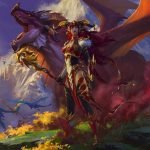 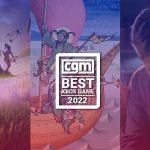 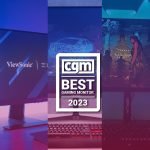