Atari: Battling for the Mobile Market

Atari isn’t exactly a small indie outfit pumping out a few titles on Steam Early Access. The company is essentially responsible for creating the home console industry that, despite a crash in the early 80s, has grown into one of the most dominant media markets.

However, thanks to the advent of smartphone technology, an entirely new branch of the industry has exploded in the mobile scene. While some voices in the community have decried this avenue as a money making scheme, there are certainly some fantastic games available for both hardcore and casual players.

With Lunar Battle, Atari is aiming to showcase that mobile games can showcase the depth and complexity of a PC or console title, but also be fun and easily playable for those who don’t necessarily have the spare time required to master and progress through some of those more intimidating titles.

Currently in soft launch, Lunar Battle is a city-builder meets space combat sim. Players take control of the construction of a moon base and the creation of a spaceship used to engage in zero-g dogfights. Currently in soft-launch in Canada and a few other countries, Atari is looking to players to tell them what works and what needs altering for the full launch coming this Fall.

CGM recently spoke with Fred Chesnais, head honcho and CEO at Atari, and Mark Perloff, a lead producer on Lunar Battle, to see what the game is about and what Atari was aiming for.

CGM: What exactly is a soft launch?

Fred Chesnais: [With the] soft launch we are targeting certain countries where we want to get feedback about what works in the game, what’s monetizing and what isn’t, and be able to pivot and balance the game based off what we get from the users. Drill down and make sure everything is where it should be. 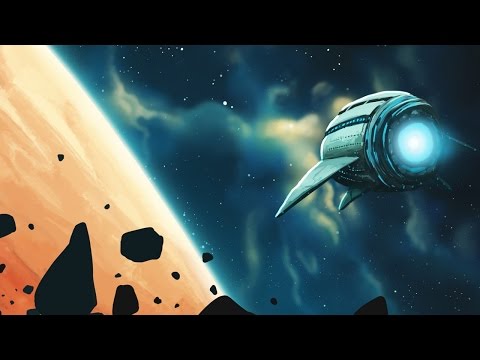 CGM: How does the Atari pedigree fit into the design of the game? What elements or themes are present that showcase the history of your company?

FC: Lunar Battle is an IP that we have owned for many years, so what you see is an interesting IP from our portfolio. We’ve decided to highlight it and relaunch it because we believe our expertise in simulation and arcade games would basically be the best combination to offer a great game. If you’ve read the description, it’s a combination of simulation and battle and Lunar Battle plus expertise in simulation is the perfect cocktail I’d say. It’s really in the DNA of Atari to make simulation games and arcade games.

Mark Perloff: I’d say 50/50, but we really designed it for people who were inclined to like either aspect of the game. To just enjoy that section if that’s all they want to do. It’s balanced in such a way that if all you want to do is enjoy the space battles, the city building is just a way to increase you resources, which you can then spend on new weapons and items etc. Or you can use those space battles as a way to supplement, because every time you win a space battle you get additional items and resources you can then put back into the city building. Ideally we’re hoping they synergize in such a way that you want to create your next set of buildings, so you can get back and fight your next space battle, so you can go back and continue to explore and expand your base. We’d like people to be excited about both but it’s a 50/50 split I’d say.

CGM: I watched the trailer and loved the soundtrack. Synthwave is super popular right now with the whole retro 80s thing going on. What was your goal in mind when creating the soundtrack?

MP: I know that the developers were really inspired by lots of classic sci-fi like Star Trek and Battlestar Galactica etc. As you play through the game, it sort of hits on a number of those classic sci-fi tropes. I find a real sort of fun irreverent twist on everything and part of that is the soundtrack. So it’s going to have a spaced out, synth vibe to it. It’s all part of the overall aesthetic of the game that goes for the classic sci-fi vibe.

FC: It shows the passion that not only the team but also the brand is able to generate. The passion to revive one of the best-known Atari titles and that’s the beauty of working with the brand.

CGM: Can you guys describe the PvP system? Is it always on, is there matchmaking? How does it work?

MP: You unlock the PvP at a certain point in the game progression. You can eventually build a space station, which is like a floating hub that you can outfit the way you can your spaceship. So with various lasers, shields, hull etc. You use that in some of the PvE missions. In addition to that you unlock the PvP, which is sort of an asynchronous PvP. You’re not playing against someone else in real time. What you do is go fight another AI controlled version of someone’s space station and ship, which is determined by how well outfitted their ship and station are.

CGM: What games from other devs found their way into Lunar Battle. What inspired it, what themes or gameplay mechanics are present that were inspired by other games?

MP: The developers were really inspired by some more involved PC sim and management titles like Anno 2070, or something like Banished. We really wanted to go for a mid-core experience that was a little more involved than the standard mobile city building game, but obviously they definitely took a lot of the best factors from other mobile titles like the Simpsons game or Clash of Clans. There are bits and pieces of other games that mobile users would be able to recognize but also an extra layer of depth that comes from the influence of these PC titles.

CGM: Lunar Battle is both a PvE and a PvP game. What kind of DLC will players be seeing and how will that be managed? How are you guys monetizing this title?

MP: There are a couple ways, but the developers made a point that there are no blockers in this game where you’re going to need to spend money. We hope that we’re incentivizing people because the game is so much fun. Monetize it. After you gather all the resources needed to create a building, that building is actually manufactured by these robots that do the actual labour, and those have a cooldown timer so if you want, after you build a certain number of buildings you can wait a certain amount of time or spend in-game credits which can be purchased to speed that up. Additionally, there are resource packs, which are boxes of random resources of different rarity levels, which you’ll find throughout the surface of your planet as you’re exploring which will refresh throughout your play time. These are also going to the IAP section of the game menu and they come with different rarity levels at different prices. If all you wanted to do was get the coolest most powerful crazy ship right off the bat, you could presumably purchase those items, but also you can get through it just by progressing through the game.

CGM: The mobile market is made up of a lot of people who want to casually play games as a way to kill time on their commute to work. On the other hand you have those gamers who take things seriously and prefer to invest a lot of time into their gaming experience. How did you tread that line between hardcore and casual?

MP: You can lose a space battle, but there’s no real penalty for failure as you’re building your base so it’s really a matter of how much a player wants to put in, in terms of how they’re setting up the resources and where they’re placed throughout their colony. If you want to, you can really drill down and have the absolute most efficient, most well-run planetary colony the universe has ever seen. At the same time, if you just want to pop in for 15 minutes and place a few buildings, see what happens next with the storyline, go in and fight a few battles you can do that do. It definitely appeals to a wide swath of players, and I think the more you put into it the more you get out of it.

MP: There are a couple right now. Within the space battles there are 50 missions and there is a story line that plays out over those 50 missions. One thing for certain is to get to the end and see how the story progresses and how things end up after all the missions. Additionally, there is the exploration part because the beginning of the game much of the map is behind a fog of war so you slowly build out and see what the rest of the planetary surface looks like. That being said, it is finite, so we are planning a few additional things. We’ll definitely have monuments, buildings that are on a much larger scale and take much longer to build. Think of the Great Pyramids or something like that, and those can only be created after you’ve hit a threshold that’s very deep in the game in terms of the amount of lunar surface you’ve explored and the amount of resources you’ve gathered. So that’s one of the end-goals we have in mind. There’s also other stuff we’ve been cooking that won’t be in the game at launch.

Lunar Battle is currently available for Canadians on both iOS and Android operating systems. Check out the App Store or Google Play for more information.