The Toronto office of Autodesk opened its doors to allow press to get some more insight into company’s popular SketchBook app.

The 3D design and illustrating giant was showing off the widely used mobile version of the app (SketchBook Mobile) as the centerpiece of the event, and had developers and illustrators on hand to demonstrate and speak about the program.

Comics and Gaming Magazine was able to meet up with Autodesk’s Product Manager Thomas Heermann to ask him some questions about what SketchBook offers to casual and professional users.

Comics and Gaming Magazine: What do you do at Autodesk?

Thomas Heermann: I’m the director or product management for a group called consumer group; our key goal is to take the professional products and reach more consumers with them.

CGM: So, do you work with SketchBook Pro?

TH: Yes, it’s part of the products in our line.

CGM: Give me the spiel of what SketchBook Pro does. 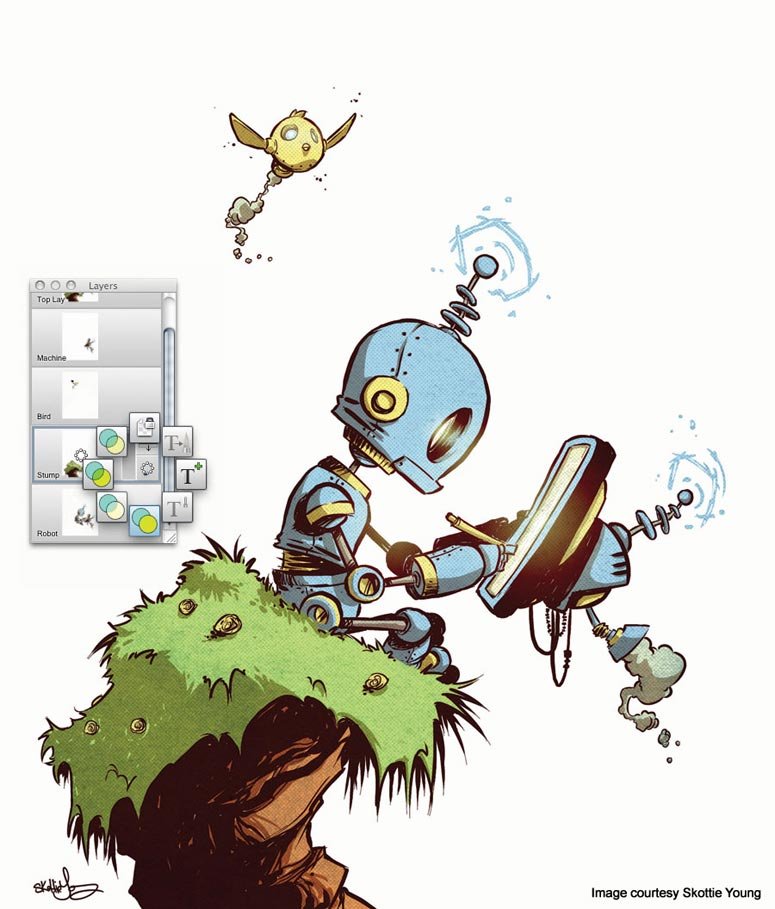 TH: It started as a really high-end technology 20 years ago, and now with the tablets, it has become more ubiquitous. So SketchBook is now for a broad range of users, one of those is of course the professional users, it’s for the serious professionals in design. But we are seeing more and more hobbyists getting into it as well. It’s not so much a living as much as a hobby for this group.

CGM: So did you find it a challenge that capacitive touch screens don’t have pressure sensitivity? Or was it more how can we work with this to make it better?

TH: The first sketchbook we had was on the first iPod Touch, and it was pretty decent, but now with the iPad 2, we can have very powerful products. Technology is emerging and with the right people we can push to tech together.

CGM: Was there a challenge from the iOS to the android operating system?

TH: Our team did very well; the only kind of challenge we have is all the different devices that run Android. With Android we have to cater to certain things, and find a balance of that.

CGM: How was the first reaction to the first SketchBook Pro coming out on the iPod Touch?

TH: People were surprised at the beginning. People were asking ‘who would ever sketch with a finger on a device the size of a phone?’ Eventually there was a huge ramp up and a lot of people were using it. But the key breakout was the iPad.

CGM: Are the Autodesk products better with styluses?

TH: It depends on people’s styles and behaviors; I’ve seen amazing people use just their fingers.

CGM: Is the feature set the same between the iOS and the android?

TH: It’s pretty much the same; the features on the Android can sometimes do things a little easier than the Apple devices. For example, the android can have a sort of ruler for straight lines and angles, which the iOS device doesn’t.

CGM: Is there going to be a SketchBook Pro 2?

TH: We are going to try to do more things of course; I think SketchBook has a great following. There are still a lot of things to do, especially with new technologies like quad cores. Another key area is connecting people together, and allowing them to share. Right now, a lot our products are incremental, you buy one, and you get updates as they come.

It’s not so much about making more money from our point. A version 2 would allow us to leave some technology behind, which could be an advantage with quad cores coming. We don’t want to start from scratch.

CGM: What cooperation does Autodesk have with third party products?

TH: We are working very closely with Wacom and other products to try and adopt new technologies and procedures.

Will be we be seeing a large range of these products starting from the entry level to the pro level, or are we staying in this professional level.

It’s hard to define. The mains are pros, so we always want to have the pro features, we don’t want to build toys. We also don’t want people to need weeks of training to use software.

On the PC we have something similar thing to that line blurring with sketchbook designer. We have different levels of technology for different needs and people. Our next thing is if we want to have the programs to teach our customers techniques, from the programs to drawing skills. We have a program doing this in China now, were things are being taught like having a steady hand and other skills.

Comics and Gaming Magazine was also able to speak with Marvel artist Skottie Young who wanted to speak to us about how he values the Sketchbook’s ability to feel true illustrating on paper.

CGM: Who are you and what do you do? 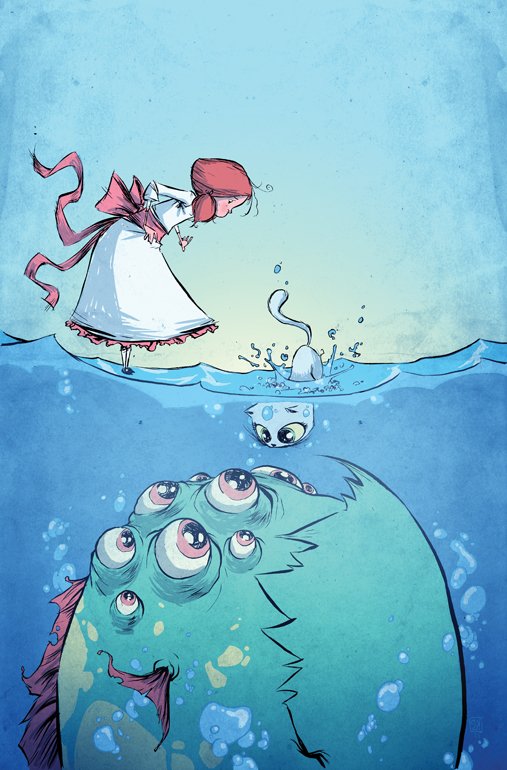 Skottie Young: I am Skottie Young, and I am a cartoonist who has been drawing comic books at marvel for ten years. Currently I adapt the Wonderful Wizard of Oz novels – for the last three and-a-half years we have been making those into comic books. It’s been really fun and successful, the first one was on the New York Time Best Seller list for two weeks, and we’ve won awards for the other books. It’s been a great three and-a-half years working on these books.

CGM: I was told I should ask you about sketchbook pro.

SY: SketchBook Pro, is a fantastic drawing program, you have a lot of choice, Photoshop and painter, very cumbersome programs that don’t necessarily lend themselves to feeling real. They visually mimic real, but SketchBook Pro – it was so natural. It looked and felt natural like I was drawing with pencil. So to be able to start using that from paper, it was very freeing. There was a lot of second-guessing when I used paper, and it cost a lot of time, and when you realize you don’t have that much time, you start being safe. Autodesk brought you back to that original freeform drawing because I can just change it. It allows me to push myself further. At the end of the day I still print that out really lightly, and ink over it with a brush, but it made my job faster.

CGM: Have you ever tried using Photoshop

SY: Hated it. It’s a photo manipulation program.   It isn’t intuitive and has too many tools to imitate painting.

CGM: Have you used the iPad or iPhone version

CGM: Tell me more about the process that takes you from concept to final creation.

SY: It’s as easy as, what I usually do is take a canvas and zoom out that canvas is tiny, and it’s all about composition. I look for how that’s going to work out. Once I find that, creature my glorified stick figures and zoom back to about the size of a comic book page and go from there. I drop it into Photoshop and make the lines light blue for inking. Using SketchBook cut my workday, it’s great.