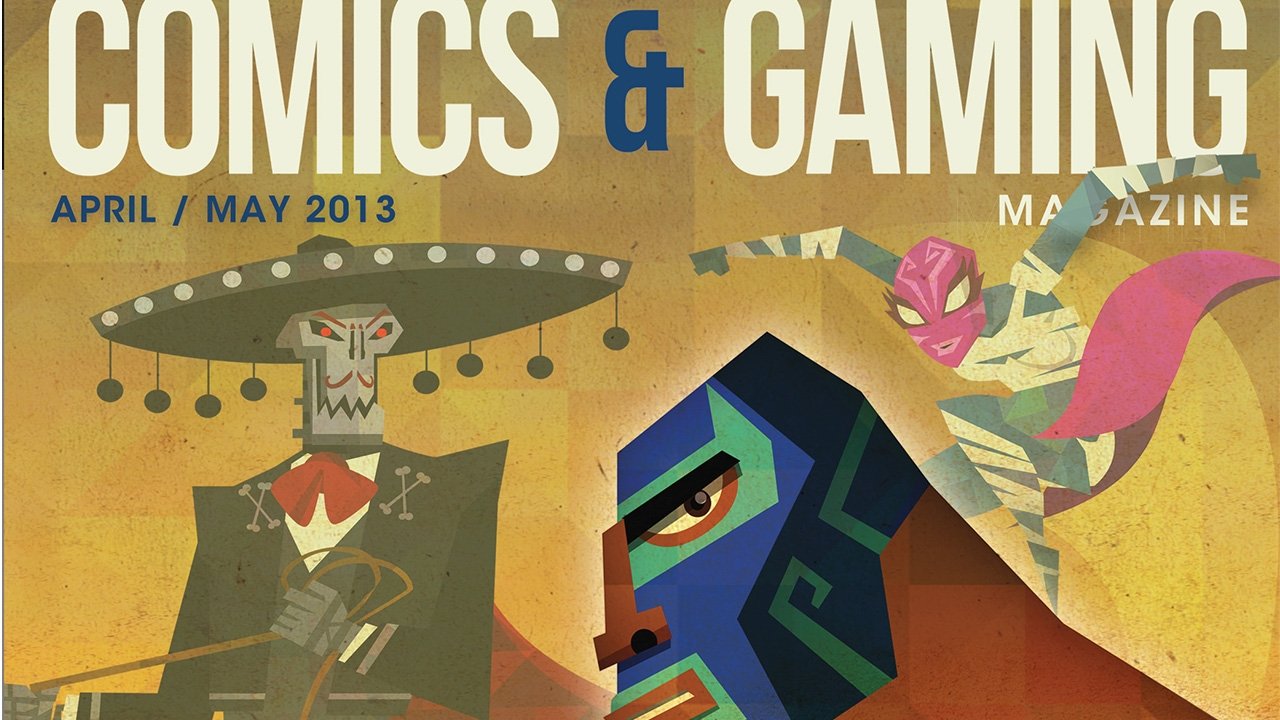 With Drinkbox Studios Guacamelee! now out, we give you everything you need to know about studio and game in issue 27 of Comics & Gaming Magazine.

In this issue you’ll be able to get behind the scenes at Drinkbox Studios, learn about the indie house’s history and read all there is to read about the development of their latest title Guacamelee!, as well as our review of the game.

We’ve also got interviews with the folks over at NetherRealm studios (including a chat with Ed Boon) and a look at the upcoming Star Trek game.

A full list of articles and reviews is below.

– Drinking the Other Kool-Aid: A peek inside Drinkbox Studios

– A Plea for the Modern Day RPG: Giving the Contemporary RPG its due

– The Share Button: The PS4’s attempt to keep us connected

– The Fall of the 80s Action Hero: Looking back at the human action figures

– Set Phasers to Stun: The Paramount need for a good Star Trek game

– Luchadorable: How Guacamelee! came to be

– Dangerous Currents: Dead Island: Riptide is going back for more

– Doing Them Justice: Injustice steps into the ring

– StarCraft II: Heart of the Swarm

– Army of Two: The Devil’s Cartel

– Hawkeye: My Life as a Weapon

Look for this issue to hit newsstands and Zinio on April 23.